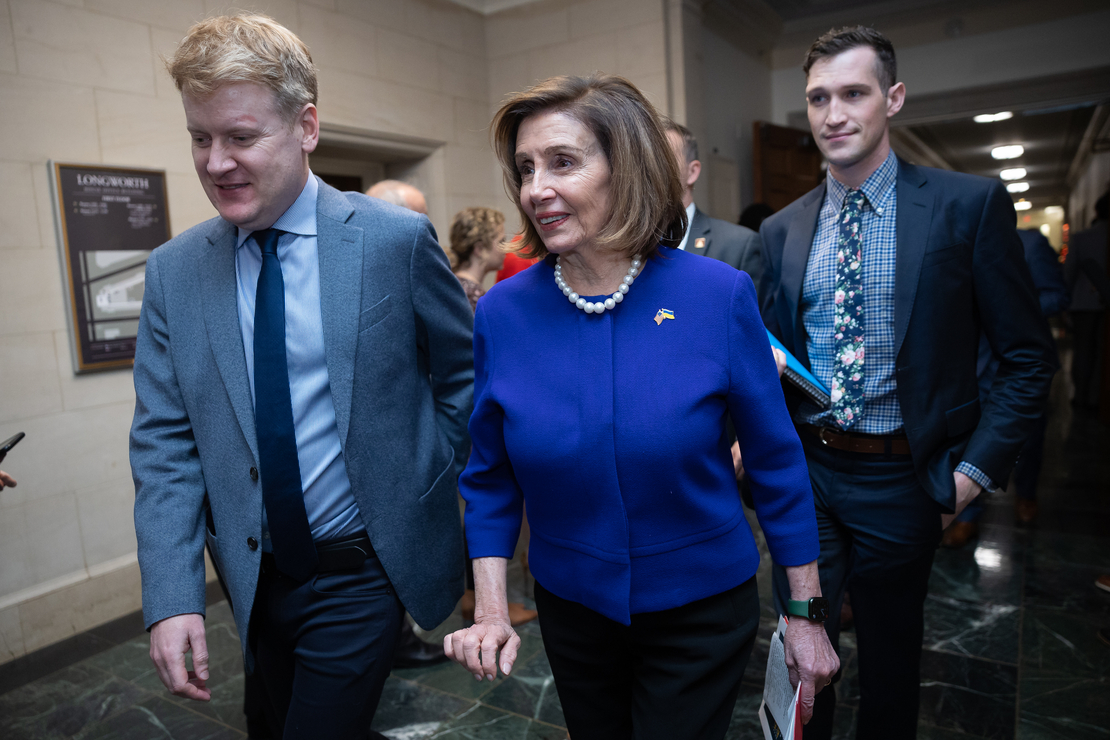 The House voted Wednesday afternoon to block a looming freight rail strike and give workers seven days of paid leave.

The 290-137 vote showed bipartisan eagerness to avoid a rail strike starting Dec. 9 that could stymie the economy and hurt consumers before a busy holiday season. A shutdown could affect everything from power generation to water treatment plants.

The House-passed resolution enforces a deal brokered by the administration that several — but not all — rail worker unions agreed to in September. Senate leaders are looking for quick passage, but concerns remain (E&E Daily, Nov. 30).

“[Senate Minority] Leader [Mitch] McConnell [R-Ky.] and I both want it to pass quickly,” Senate Majority Leader Chuck Schumer (D-N.Y.) said Tuesday. “We understand the common deadlines, and we’ll be working together to figure out the best way to get it done quickly.”

President Joe Biden said in a statement, “The Senate must now act urgently. Without the certainty of a final vote to avoid a shutdown this week, railroads will begin to halt the movement of critical materials like chemicals to clean our drinking water as soon as this weekend.”

Many House Republicans joined Democrats in voting for the agreement, but criticized the Biden administration for failing to secure an accord that unions and workers could support.

“They’ve retreated in failure, and they kicked this problem to Congress for us to decide,” said House Transportation and Infrastructure ranking member Sam Graves (R-Mo.).

The paid leave bill passed 221-207 but will face more resistance in the Senate, where Democrats need at least 10 Republicans to join them in supporting legislation to block the rail strike.

Only three House Republicans supported the paid leave measure, with Graves calling it “a reckless political stunt by the speaker to change the tentative agreement at the eleventh hour.”

Sen. Bernie Sanders (I-Vt.) is leading the charge for the inclusion of the paid leave provision in the 50-50 Senate, saying Wednesday that he will insist on a roll call vote.

“I think we may have bipartisan support for this modest legislation,” said Sanders on the floor. “I’ve talked to Republicans who indicate that they are prepared to support the workers.”

Senate Republicans on Wednesday declined to voice support for the paid leave measure, and moderate Democratic Sen. Joe Manchin (D-W.Va.) did not say whether he supported the addition.

The Association of American Railroads urged Congress to refrain from taking any additional action other than getting the September agreement to the president’s desk.

“Unless Congress wants to become the de facto endgame for future negotiations, any effort to put its thumb on the bargaining scale to artificially advantage either party, or otherwise obstruct a swift resolution, would be wholly irresponsible, and risk a timely outcome to avoid significant economic harm,” the group said.

The railroad unions have noted years of cost-cutting and efficiency have made the railroads more profitable. In some cases, railroad workers are on duty for weeks at a time and can be disciplined if they call in sick, the unions have said.

“Our members want and need sick leave, but even more so, they need relief from the damning effects of operational changes made by the railroads over the last five years,” the union that represents train and engine service workers said on its website.