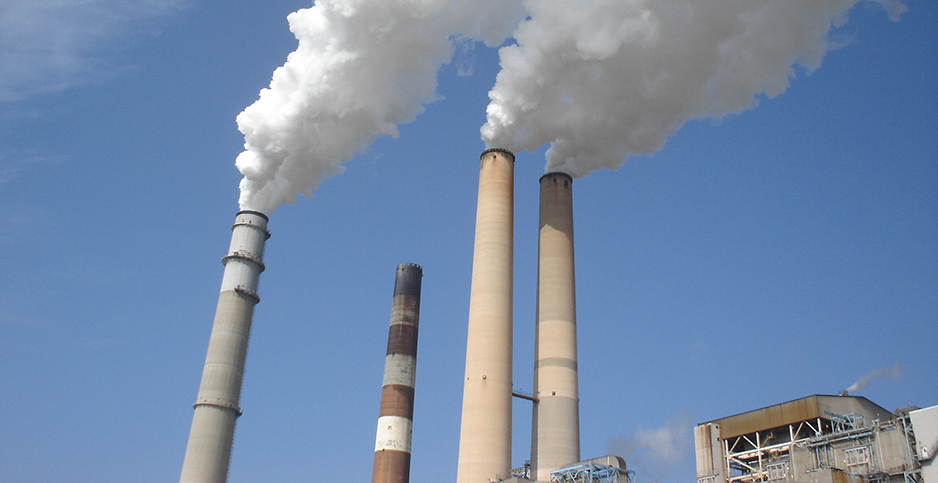 How will states handle the final ACE rule? Stay tuned. They have three years to develop their plans — with the big wild card being what happens to Trump’s November 2020 reelection bid.

ACE puts state environmental regulators in the driver’s seat to determine the effect on individual coal-fired power plants. The role of attorneys general could complicate matters in states where the governor and attorney general aren’t of the same party.

Several states that opposed the Clean Power Plan have since switched sides in the debate. Following recent political shuffles, Nevada, Colorado and Michigan have all stepped away from a joint legal challenge to the Obama rule. New Jersey and North Carolina bowed out of the anti-Clean Power Plan coalition after earlier changes in political leadership.

David Littell, a former member of the Maine Public Utilities Commission and former chairman of the board of directors for the Regional Greenhouse Gas Initiative (RGGI), said the market has shifted with falling prices for renewable energy and widespread closure of coal plants.

E&E News spoke with officials from four states across the political spectrum to learn more about what to expect on ACE in the months ahead.

The final ACE rule has landed like a thud in Maryland, a state reliant on nuclear power, coal and gas.

Maryland Environment Secretary Ben Grumbles in an interview this week called EPA’s final rule a "big disappointment," saying it makes it harder — not easier — for states to collaborate and make progress in reducing carbon emissions from the power sector. Maryland, which backed the Obama-era Clean Power Plan, is reviewing its legal options, Grumbles said.

Maryland is partnering with other states in the U.S. Climate Alliance, as well as RGGI, which Grumbles chairs. RGGI will soon add a 10th member when New Jersey participates in 2020, Grumbles noted, adding that there are other states interested in the benefits of the program.

Those state efforts will only strengthen, he said.

"The legal analysis in the rule and the backing away from the encouraging states to impose emission controls beyond the fence lines at the particular power plant, that’s not helpful, and it’s discouraging, but we have authority under our state program — just like several other states do — to cap emissions anyway, reduce coal and natural gas power plant emissions," Grumbles said. "We’re confident we’ll be able to do that, to continue to do that."

But Grumbles also said that without a "federal driver" to reduce emissions, "leakage" could potentially occur. That could mean states without a cap on power plant emissions could export "dirty energy" into neighboring states that are pushing for cleaner energy through a regional cap-and-trade program.

When asked whether the rule would provide a lifeline for older coal-fired power plants, Grumbles replied, "I don’t know. It’s certainly on the radar of a lot of states that want to continue to make real progress and look at legal options but also continue to build support in programs like the cap-and-invest program that RGGI has."

Coal has long been important to Kentucky, and that remains true today, even as the fuel struggles to compete in much of the country.

The Bluegrass State previously went after Obama’s Clean Power Plan in court, but a Kentucky environmental official outlined a path to develop an ACE plan that’s satisfactory to EPA.

Sean Alteri, deputy commissioner of the Department for Environmental Protection in the Kentucky Energy and Environment Cabinet, said the ACE rule provides "regulatory certainty" for companies to make appropriate decisions.

There will be a unit-by-unit analysis of existing coal-fired generating facilities to help determine appropriate emissions reductions, Alteri said. There are some 43 coal-fired power units subject to the rule in Kentucky, he said, with 39 of those operating.

"It would not be prudent if we shut down units before they have reached their remaining useful life," Alteri said. "And that’ll be a factor that is considered in the state plan as we develop it."

Coal-fired power accounted for about 75% of Kentucky’s net electricity generation in 2018, according to the U.S. Energy Information Administration. It said only nine U.S. states had a lower average residential retail power price in March 2019 than Kentucky.

Tyler White, president of the Kentucky Coal Association, said the ACE rule can help preserve the coal fleet. He said it doesn’t force premature closures of plants needed for energy production and grid security and reliability.

Low power costs help attract businesses and affects payroll taxes and the ecosystem the economy is built on, White said. He called for research and development investments that could help coal plants maintain or boost efficiencies.

Louisville Gas and Electric Co. and Kentucky Utilities Co. — which are part of PPL Corp. — noted plans to curb emissions in addressing a question about ACE.

"We look forward to reviewing the rules and working closely with the state to ensure these are implemented in the best interests of our customers," the companies said. "We remain committed to improving the environment, and that includes reducing CO2 emissions."

"That includes economically retiring coal-fired power plants over time and replacing them with a mix of renewables and natural gas," LG&E and KU said.

"Climate change is real, and Kentucky needs an all-the-above energy policy that includes renewables and clean-coal technology," the site says.

The Nevada governor’s mansion switched to the blue column after Gov. Steve Sisolak won in November.

Nevada doesn’t expect a huge impact from the ACE rule because it only has three operating coal-fired units.

But Sisolak signed a bill this year with a 50% renewable electricity standard for power providers such as NV Energy by 2030 — and a goal of 100% carbon-free power by 2050.

"I think under Gov. Sisolak as a Democrat you’ll see both leading by action and being more vocal specific to climate impacts and needing to address climate change in addition to the economic arguments for clean energy," said Bradley Crowell, director of the Nevada Department of Conservation and Natural Resources.

In the long term, Crowell said Nevada hopes to be a "clean energy exporter." While transmission and generation hurdles need to be cleared, he said, strong emission-reduction rules and policy mechanisms in other states are relevant for Nevada.

NV Energy, the state’s biggest electric utility company, recently announced a large solar and storage plan. In a statement to E&E News, Jennifer Schuricht, a spokeswoman, said the company will remain on a path toward serving customers with 100% renewable energy.

"The Public Utilities Commission of Nevada approved NV Energy’s 2018 integrated resource plan, which seeks the conditional retirement of NV Energy’s North Valmy Generating Station coal-fired Unit 1 in northern Nevada by 2021," Schuricht said. "NV Energy expects to retire or divest 100% of its coal generation with the closure of Valmy coal-fired Unit 2 by the end of 2025."

Elspeth DiMarzio, a senior campaign representative with the Sierra Club’s Beyond Coal campaign, said in an email that more states need to be like Nevada. And she expressed hope that a state renewable standard will shutter the last coal plant in the state.

Greg Lovato, administrator of the Nevada Division of Environmental Protection, indicated the state will take its time in reviewing the rule.

"We’re trying to be supportive of, you know, efforts across the nation for states to enable themselves to be able to address greenhouse gas emissions," Lovato said. "But we just have to do a specific analysis of this rule, which we haven’t completed yet, to determine whether or not litigation’s appropriate or whether joining litigation’s appropriate."

News of the Trump administration’s ACE rule is receiving a relatively warm welcome in the Heart of Dixie.

Ron Gore, head of the air quality division of the Alabama Department of Environmental Management, said the rule means state regulators within the next three years will need to require the coal-fired utilities that are subject to the rule to basically study what sort of "tuneup" their plants may need to comply, changes that could affect everything from their boilers to generation.

"It’s really kind of like looking at your car to see if you need new spark plugs, new tires to make it run better," Gore said.

While Gore declined to weigh in on whether EPA’s rule was necessary, he said he believes it’s lawful — unlike the Clean Power Plan. He also said it’s been the state agency’s position that Congress — not EPA — should make the decision on whether to reduce greenhouse gas emissions.

"I do think this one is lawful because it does what the 111(d) process is supposed to do, it stays within the plant’s boundaries," he said.

As for how big a change the rule may bring to the state’s power plants, Gore pointed to Alabama Power Co., where many measures have already been taken to install such equipment and make efficiency improvements.

Even so, the state has already seen a large drop in coal-fired electricity, he said. Whereas the state just years ago had about 36 individual coal units, only about 10 units currently operate in Alabama, he said.

He blamed previous EPA rules that winnowed down coal’s viability, as well as the cratering cost of natural gas.