How a small gas firm in Ukraine led to impeachment inquiry 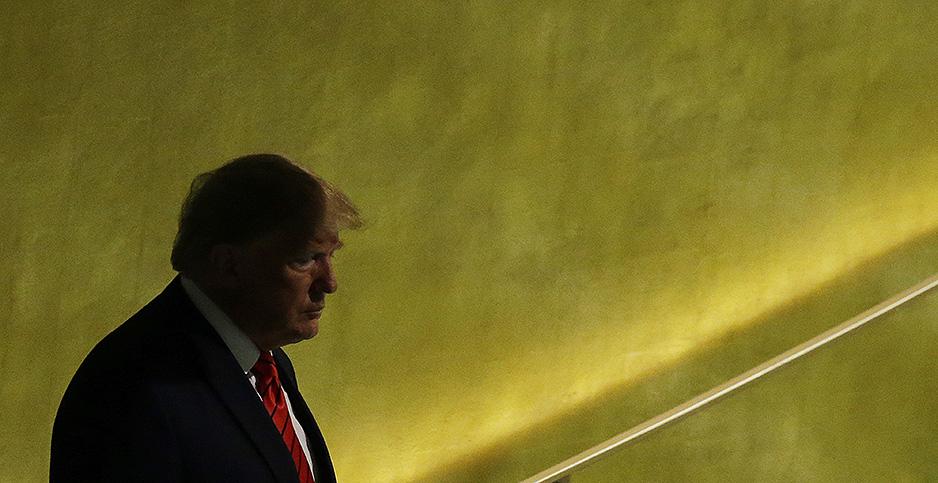 A hiring decision by an obscure Ukranian energy company five years ago sparked the historic House inquiry that could lead to just the third impeachment of an American president in almost 250 years.

In 2014, Burisma Holdings hired Hunter Biden, the son of then-Vice President Joe Biden, to be on its board. It was a job that paid Hunter Biden, who was not an energy expert, up to $50,000 a month for consulting on "matters of transparency," among other functions, according to a release from the company at the time.

"Burisma’s track record of innovations and industry leadership in the field of natural gas means that it can be a strong driver of a strong economy in Ukraine," Hunter Biden said in a statement at the time. "As a new member of the Board, I believe that my assistance in consulting the Company on matters of transparency, corporate governance and responsibility, international expansion and other priorities will contribute to the economy and benefit the people of Ukraine."

Now, Burisma’s purported desire for Biden’s advice may help upend the 2020 election, intensify already razor-sharp political divisions in the U.S., and overshadow policy disputes on climate change and other issues. Records released by the White House yesterday, along with President Trump’s statements, show that he and his personal lawyer, former New York City Mayor Rudy Giuliani, have spent months pressing the Ukrainian government to open an investigation into Burisma and the Bidens.

When Hunter Biden was hired, Burisma was relatively small and produced 11,600 barrels of natural gas, condensate and oil for domestic use, according to a company press release announcing the hire. It had permits to drill in the Dnieper-Donets, Carpathian and Azov-Kuban basins. Last year, it produced 1.3 billion cubic meters, according to the company.

The younger Biden’s appointment was met with skepticism at the time. Joe Biden was leading the American effort to support democracy in Ukraine and to address deep-rooted corruption and malignant pressure from Russia. The founder of Burisma, Mykola Zlochevsky, was an ally of Viktor Yanukovych, the former Ukrainian president who had been forced out of office two months before Hunter Biden was hired in April 2014. Hunter Biden’s appointment came about a month after Russia finished annexing the Crimean Peninsula, where Burisma had a natural gas extraction operation. Zlochevsky had served as natural resources minister under Yanukovych, a position that gave him oversight of the country’s energy companies, including his own, which he based in Cyprus.

The same year that Hunter Biden joined Burisma’s board, the company was investigated for tax violations. By 2016, no charges had been brought and the case was closed. At the same time, Viktor Shokin, Ukraine’s top prosecutor, faced international pressure to resign for not prosecuting political and business leaders accused of corrupt practices during the Yanukovych era. By March 2016, when Joe Biden pressed to have Shokin fired, the Burisma probe had been closed, according to reporting by Bloomberg News. Shokin was widely viewed by a number of Western countries, as well as the International Monetary Fund, as being soft on corruption. He was ultimately removed by a vote in the Ukrainian parliament.

Trump and Giuliani have claimed that Biden’s actions constituted corruption and have pressured Ukraine’s new president, Volodymyr Zelensky, to reopen the investigation into the Bidens. Public polling shows Joe Biden easily beating Trump in the 2020 election.

Yesterday, the White House released an account of Trump’s call with Zelensky. In it, Trump praised Shokin even though he had been roundly criticized by many U.S. allies. After Trump repeatedly reminded Zelensky that the U.S. provides support to Ukraine, he told Zelensky, "I would like you to do us a favor though." Trump requested a probe into an American cybersecurity company that investigated the hacking of the servers of the Democratic National Committee in 2016. He then asked Zelensky to investigate Joe and Hunter Biden and suggested that the Ukrainian president work with U.S. Attorney General William Barr on the probe.

"There’s a lot of talk about Biden’s son," Trump said, according to a White House memo outlining the July call. "That Biden stopped the prosecution and a lot of people want to find out about that so whatever you can do with the Attorney General would be great."

The Ukranian leader Zelensky promised Trump that he would install his own prosecutor and reopen the investigation into Burisma.

"Since we have the absolute majority in our Parliament; the next prosecutor general will be 100% my person, my candidate, who will be approved, by the parliament and will start as a new prosecutor in September," Zelensky told Trump, according to the account. "He or she will look into the situation, specifically to the company that you mentioned in this issue. The issue of the investigation of the case is actually the issue of making sure to restore the honesty so we will take care of that and will work on the investigation of the case."

It’s not clear if the investigation into Burisma and the Bidens will be reopened or if there is anything left to investigate. Hunter Biden resigned his position on the Burisma board earlier this year. There is no public evidence that Hunter or Joe Biden did anything illegal.

Despite the looming threat of an impeachment inquiry, Trump asked the Ukrainian president to investigate the Bidens during a press conference with Zelensky yesterday.