How Biden could close coal plants without CO2 regulations 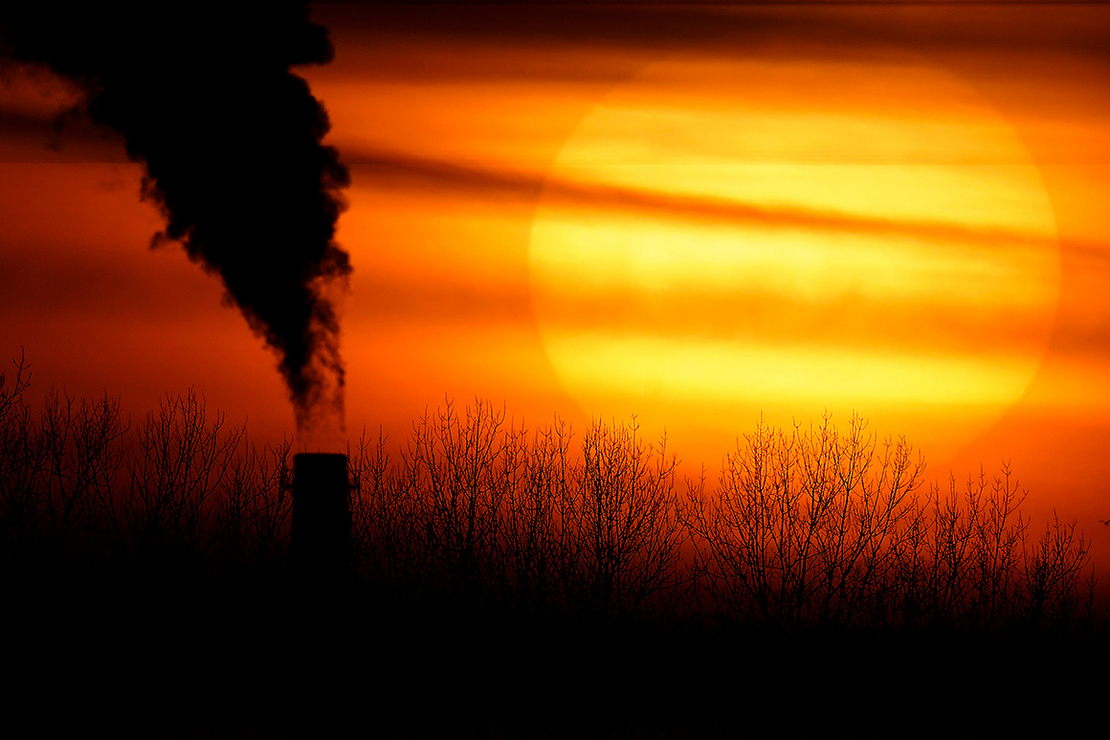 Emissions from a coal-fired power plant in Missouri are silhouetted against the setting sun. AP Photo/Charlie Riedel

EPA is preparing to Supreme Court-proof President Biden’s ambitions for a carbon-free power grid by looking beyond direct greenhouse gas regulation and relying on the knock-on effect of stricter air, waste and water rules.

It’s a “comprehensive approach” to decarbonize the power grid that’s been in the works since the beginning of the Biden administration (Climatewire, Oct. 27, 2021).

But now that the Supreme Court has agreed to take up a case that could limit how EPA regulates carbon from the power sector, it has become even more important for the agency to find alternative ways to show it can deliver on the president’s promise of a power grid that is 80 percent clean by the end of this decade — and carbon neutral five years later.

The solution EPA is preparing to offer in the coming weeks is a sectorwide road map of the greenhouse gas, conventional air pollutant and water rules it plans to promulgate in the next few years. The strategy could push the ball forward on Biden’s climate commitments by making it less economic to run coal-fired power plants in this country.

EPA began floating the idea of a power sector “initiative” or “strategy” in private discussions last year before international climate talks began in Glasgow, Scotland. And acting EPA air chief Joe Goffman previewed the approach in public comments, as well as in the EPA chapter of the influential Climate 21 Project transition-period memo he co-wrote with Brenda Mallory, who became Biden’s White House Council on Environmental Quality chair, and Jennifer Macedonia, who is now also a senior EPA official.

“Where regulation is justified to address critical environmental damage caused by coal production and combustion, regulation can create climate co-benefits by rectifying the economics of fossil-based generation and competition with clean energy sources,” the chapter states.

Goffman, who played a leading role in carbon regulation under President Obama and now leads the EPA team that will write climate and air pollutant rules, said last year that EPA Administrator Michael Regan had asked the agency to “think broadly across the different pollutants in the different media that are affected by the power sector” when charting a course on power plant carbon.

Then in October, the Supreme Court — in a surprise move — agreed to review a case that could severely limit EPA’s options for regulating power plant carbon, confining the agency to efficiency measures inside the fence line at power stations (E&E News PM, Oct. 29, 2021). Such a rule would do far less to move the needle on Biden’s carbon goals than a systemwide standard that encourages fuel switching — as the Obama-era Clean Power Plan did.

The high court had long been viewed as a possible barrier to this more expansive reading of EPA’s Clean Air Act authority after it stayed the Obama-era rule in 2016. But its conservative majority has since grown, and last year it broke with usual practice in agreeing to review the challenge to the Clean Power Plan even though that rule is no longer in effect. This was seen to signal the court’s conservative majority’s eagerness to rein in EPA’s regulatory authority. Oral arguments in the case begin on Feb. 28.

The possible components of the EPA comprehensive strategy all have the potential to change the economics of running and operating coal-fired power plants in such a way as to encourage early retirements.

These could include actions related to EPA’s rules for power plant mercury and air toxics and pollution that crosses state lines or contributes to regional haze. EPA’s existing effluent guidelines and coal waste rules could also play a role.

But if they stick to heat-rate improvements at power plants, Bookbinder estimated, they may only shave off 5 or 10 percent of their greenhouse gases. That makes it important for EPA to show it can meet Biden’s commitments through other channels.

“EPA will continue to move forward to set and implement environmental standards that ensure that all Americans are protected from power plant pollution that harms public health and our economy while they continue to enjoy an affordable and reliable supply of electricity,” the agency said in a statement to E&E News. “With climate change impacts becoming more severe, public support for action growing, and the clean energy transition continuing, EPA will not waver from lawfully meeting its obligation to protect people from climate and air pollution.”

Jeff Holmstead, who served as EPA air chief under President George W. Bush, saw value in EPA providing a road map and schedule for all of the rules that could apply to the power sector in the coming years.

“From a policy perspective you want to harmonize those,” he said. “If what they’re doing is saying, ‘You know, here are the regulations that we are authorized to do, and here’s our schedule for putting them out,’ I think that at least lets companies look at their existing fleets and decide whether there may be some plants that won’t be economic.”

But Holmstead said the agency would have to be careful about how it framed the rules’ contribution to Biden’s climate agenda, either in the rules’ documents or in EPA officials’ public comments. Leaning on the greenhouse gas benefits of rules that don’t explicitly target greenhouse gas emissions could make those rules vulnerable to legal challenge, he said.

“If these happened to get CO2 reduction benefits, I think that’s one thing,” said Holmstead, who is now a partner at Bracewell LLP. “If they turn this into a big program for reducing CO2 emissions, I think they’ll run into problems with a court.”

Coal plant closures, which can be fueled by everything from gas prices to competition from renewables, have not yet picked up under the Biden administration.

Last year, retirements, which are often planned years in advance, fell to their lowest level in seven years, but the U.S. Energy Information Administration is currently projecting 12.6 gigawatts of coal retirements this year, which would rank as the third-highest annual retirement total behind 2018 and 2015 (Climatewire, Jan. 10).

Thomas Cmar, an attorney with the law firm AltmanNewman who represents the Sierra Club and other environmental groups, said stricter rules and enforcement are likely on the horizon, which could prompt some plants operating on the margin to reconsider closure timelines.

“It’s a question of the set of investments that these companies are going to be required to make that will ultimately” prompt them to close a plant early, he said.

EPA’s recent move to crack down on coal ash has prompted warnings from some plant operators in states like Indiana and Ohio that they may need to close early (Greenwire, Jan. 11). But at least one of those operators, Alliant Energy, told E&E News that it plans to comply with the agency’s regulations instead of closing its Ottumwa plant in Iowa early. EPA has said it plans to finalize a permitting program for the disposal of coal ash, as well as establish regulations for legacy coal ash surface impoundments.

And more than two dozen coal plants in filings to state regulators have cited EPA’s effluent guidelines as the underlying reason behind their decisions to close by 2028 or shift to natural gas, including some of the largest plants in coal-reliant Pennsylvania (Greenwire, Dec. 2, 2021). Cmar expects EPA to strengthen those regulations going forward.

Meanwhile, power plant pollution is growing, the latest EPA numbers indicate. For the first nine months of fiscal 2021, releases of CO2 and nitrogen oxides each rose 10 percent, mercury emissions climbed 19 percent and sulfur dioxide discharges soared 30 percent in comparison withthe same period in 2020, according to data posted on an EPA website. Those increases, which the agency attributes to a jump in coal-fired generation, buck a long-term downward trend.

In response to emailed questions, EPA spokesperson Tim Carroll said that overall industry emissions are still down in comparison with 2019. He singled out the agency’s plans for working to lower them through means like the regional haze program, which aims to cut releases of pollutants that contribute to cloudy air in national parks and wilderness areas.

The National Parks Conservation Association credits the haze program with helping to lock in retirements of 58 generating units at 27 plants, although not all of those closures have yet occurred.

But under Democratic administrations, EPA’s handling of the program has drawn fire from Republican officeholders who say it leads to costly pollution control requirements for little gain in improved parkland visibility.

Recently, for example, Sen. Cynthia Lummis (R-Wyo.) blocked further Senate consideration of four EPA nominees in protest of the agency’s insistence that the approximately 2,400-megawatt Jim Bridger coal-fired plant in southeastern Wyoming tighten controls on nitrogen oxides at two of the facility’s four generating units (E&E Daily, Jan. 14). That move, opponents say, could lead to lost jobs and force at least one of the units out of business.

In a proposal published this week, EPA rejected the state’s argument that the requirement should be scrapped because the plant’s owner, Oregon-based PacifiCorp, intends to convert the units to natural gas by 2024. EPA regulators, while leaving the door open to a deal, say they can’t factor in the company’s decision because state officials didn’t include it in their haze reduction plan. As of yesterday, talks were continuing, but Lummis’ hold on the EPA nominations remained in place, according to a spokesperson for the senator.