How Biden could get NPS focused on climate and science 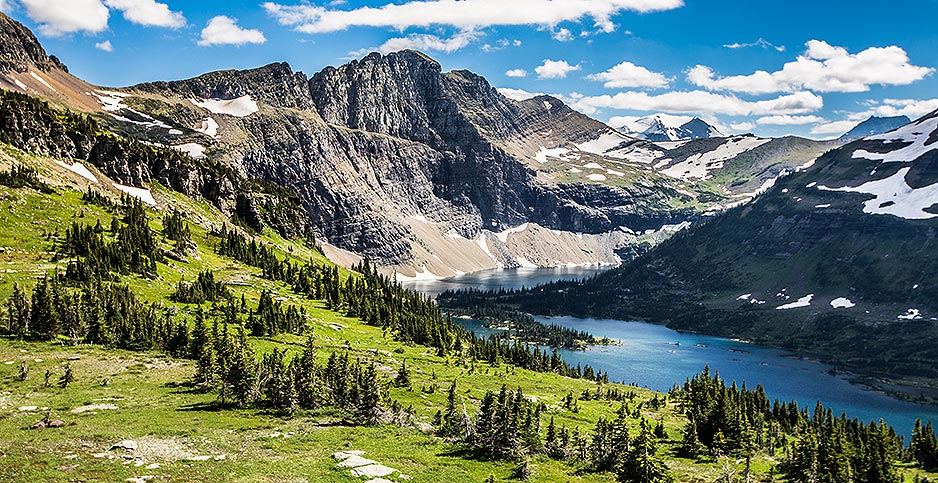 President-elect Joe Biden is expected to bring science back to the forefront for the National Park Service. Glacier National Park, which has been affected by climate change, is pictured. mzagerp/Flickr

As the former science adviser for the National Park Service, Gary Machlis has high hopes that climate change will soon stage a comeback as a top issue for park managers at the 423 NPS sites across the nation.

But first, the Biden administration needs to put someone in charge.

Machlis, who is now a professor of environmental sustainability at Clemson University, said the first order of business for the Biden administration will be to get a Senate-confirmed NPS director to replace "the quagmire" caused by a revolving door of four acting directors who did the job during the Trump administration (Greenwire, Nov. 9, 2020).

"Everything flows from that," said Machlis, who worked at NPS as an adviser during the Obama administration. "We’ve got to have a clear, formally declared director of the park service. It’s amazing that one even has to say that, but that’s the first step. From there, there are a whole set of actions that can be taken."

But for Machlis and other park advocates, there’s one surefire way for the Biden administration to get the park service’s 20,000 employees quickly refocused on climate change and science: Restore a 2016 Obama administration policy — called Director’s Order 100 — that would require all park superintendents to consider the effects of climate change in their decisionmaking.

In a major change, it would also require that all park superintendents show a basic level of scientific literacy before they’re hired.

Former Interior Secretary Ryan Zinke scrapped the policy in 2017 before it could produce any results, prompting nine members of the NPS advisory board to quit in protest (Greenwire, Jan. 17, 2018).

Tony Knowles, the former Democratic governor of Alaska who served as the board’s chairman and led the mass resignations, called Director’s Order 100 "a phenomenal document" that reflected the board’s desire to get all NPS managers and employees focused on conservation, stewardship, science and climate change.

"There was no politics involved," Knowles said. "In my seven years on the board, even though I had a political background, certainly as governor and as a mayor, we never talked politics, ever — it was always some wonky policy.

"It was a shock to come under the new [Trump] administration," he added. "In a way, I kind of compare it to the challenge that we face as a country with the pandemic. What we need is to put science first."

Backers of the policy say that requiring superintendents to be scientifically literate would offer proof that science was being put back in the driver’s seat.

"It might challenge a few folks out there that are currently in these positions," said former NPS Director Jonathan Jarvis, who served eight years as President Obama’s parks chief and signed Director’s Order 100 — "D.O. 100" for short — as one of his last acts.

All climate work ‘suppressed or stopped’

Jarvis said that reinstating the policy next year would steer the park service toward more climate change projects and put a renewed emphasis on both mitigation and adaptation efforts.

"That’s all been suppressed or stopped under this administration," he said.

Getting the incoming Biden administration to reverse course appears to be an easy sell.

When President-elect Joe Biden chose freshman Democratic Rep. Deb Haaland of New Mexico as his Interior secretary, he praised her as a new member of his climate team that will "address climate change immediately," with a response "grounded in science."

Haaland, who also served on Biden’s climate engagement advisory council, is a co-sponsor of the Green New Deal and has promoted climate change issues for the last two years as the chairwoman of the House Natural Resources Subcommittee on National Parks, Forests and Public Lands.

"Look, when I first got there, the first three hearings we had were all on climate change," Haaland said in an interview with E&E News in October. "There had not been a climate change hearing in that committee for 10 years" (E&E Daily, Oct. 22, 2020).

When the Trump administration rescinded D.O. 100 in August 2017, Jarvis argued that the administration wanted to convert parks into "cash cows" by making it easier for commercial businesses to open sites to Jet Skis, zip lines, luxury hotels and other moneymaking ideas.

The park service said little to explain the move, only that the rescission aimed "to eliminate confusion among the public and NPS employees regarding current NPS policy in light of the Department of the Interior’s new vision for the long-term protection of national parks."

Emails released later under the Freedom of Information Act showed that then-NPS acting Director Mike Reynolds rescinded the policy to comply with an order from Zinke (Greenwire, Aug. 6, 2018).

If it’s reinstated, D.O. 100 would also force NPS managers to follow "The Precautionary Principle of Management," ordering them to "err on the side of caution" in considering any plans that raised "plausible or probable" threats to park resources.

Before the climate policy was approved in 2016, many top Republicans on Capitol Hill worried that it would be too onerous, including Senate Energy and Natural Resources Chairwoman Lisa Murkowski (R-Alaska), who said that "many of the roads and allowable activities in our parks today would be under assault."

Like Knowles, he said he expects D.O. 100 to once again have broad support with a new occupant in the White House and a permanent director in place.

"With a real leader and with clear direction and support from the White House, I believe the rank and file of the National Park Service will embrace that quickly and effectively," Machlis said.

Noting that the order was one of the first policies rescinded by the Trump administration, he added: "I don’t know whether to consider that as a badge of honor, that it was clearly something important that they didn’t like or were afraid of, or whether it just happened to be something they thought they could do as punishment to the park service."

While the Obama-era advisory board worked for years on climate change, the current Trump board has shown little interest in the issue.

Because the board is appointed by the Interior secretary, that could mean big changes if Haaland is confirmed by the Senate to replace outgoing Secretary David Bernhardt. She would become the first Native American to head the department and its 70,000 employees.

"I’d toss the whole bunch," Jarvis said. "They serve at the pleasure of the secretary. … I’d start from scratch."

Dominated by older white men, the Trump board has also been criticized for its lack of diversity, an issue that Biden has emphasized in his presidential appointments (Greenwire, Dec. 4, 2018).

Knowles said he agreed that bringing in a new board now makes sense, "to just get a clean slate."

"We need a whole new group," he said.

Knowles led the body as it revisited the 1963 "Leopold Report," a document that dealt with wildlife management but also urged the park service to "create a reasonable illusion of primitive America" that would become the objective for every national park and monument.

Jarvis said he asked the board to update the document by including climate change and incorporating such things as human impacts and cultural resources.

The board’s new document, which ultimately led to the adoption of D.O. 100, urged the park service "to steward the NPS resources for continuous change that is not yet fully understood" while preserving "ecological integrity and cultural and historic authenticity."

Jarvis is not expecting Biden to personally weigh in on D.O. 100, calling the issue "a little bit down in the weeds for the president." But he expects Biden’s focus on climate change to have "a trickle-down effect" that will bring the policy back, along with other big changes planned by the incoming administration (Greenwire, Nov. 16, 2020).

Machlis called reinstatement of the policy "a first necessary step to moving forward." He said the resignations by Knowles and other board members in 2018 were "a principled act" because the Trump administration had made it clear that climate change was a policy of the past.

But like Jarvis, he’s optimistic it will return. Even before Biden nominated Haaland and other members of his climate team on Dec. 17, Machlis said the president-elect’s early selection of former Secretary of State John Kerry as his climate envoy had sent a loud signal that climate change would be a top issue in the coming years (Greenwire, Nov. 23, 2020).

"I think you’ll see that signal echoed across government — and that includes the park service," Machlis said.