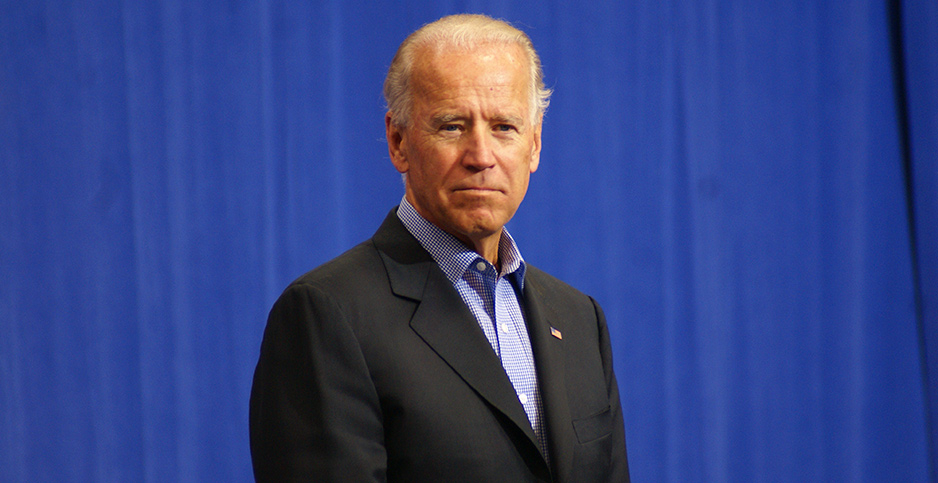 The incoming Biden administration is widely expected to undo President Trump’s regulatory rollbacks on a range of water rules including stream and wetland protections, drinking water contamination, and the permitting of controversial energy and flood projects.

But exactly how big a lift President-elect Joe Biden’s team will face may hinge on the Trump administration’s final actions in the coming days.

For example, EPA may release its "secret science" rule — a move that sources say could limit what research scientists can use to better understand the effects of water pollution on humans. And the Army Corps of Engineers may finalize a permitting program for major oil and gas pipeline projects that has already drawn legal challenges.

As the dust settles, sources say step one for Biden’s team will be to size up the challenge of undoing those regulations and quickly prioritize what appears to be a lengthy — and growing — to-do list.

"I would hope the priority would all be focused on those actions that will have the biggest public health impact, particularly for communities disproportionately affected by pollution already," said Betsy Southerland, a former staffer in EPA’s Office of Water.

For now, all eyes are on General Services Administration chief Emily Murphy, a Trump appointee, who has yet to make a formal determination that Biden is the "apparent successful candidate" (E&E Daily, Nov. 9). Until that happens, Southerland said, Biden’s team doesn’t have access to career staff and their email addresses or government-paid salaries and offices, and no agencies have been directed to work with the transition team.

Once in place, the Biden administration could easily scrap proposals and guidance. More difficult work that relies on staffing could come later, sources said, including deciding the fate of the Pebble copper and gold mine planned upstream from Alaska’s Bristol Bay, and a controversial flood mitigation project in Mississippi known as the Yazoo Backwater Area Pumps Project.

"The secretary of the Army, his first priority is not going to be Waters of the U.S., so he’s not going to think about that for quite a long time," he said.

Here’s what to watch as Biden’s team waits in the wings:

EPA is expected to finalize its controversial "Strengthening Transparency in Regulatory Science" proposal — which would require data for studies used in developing new rules to be reproducible — before the inauguration, and it could have significant implications for water policy.

The rule, currently under White House review, has been in the works since 2018, when former EPA chief Scott Pruitt identified it as a critical priority and vowed to eradicate "secret science" from EPA regulations (Greenwire, Nov. 9).

When the final rule is released, Southerland said, she expects EPA’s Office of Water at the same time to issue an advanced notice of proposed rulemaking on how the regulation would be implemented under the Clean Water Act, and possibly the Safe Drinking Water Act. "We’ll have to see if that actually occurs in December or January before the inauguration," she said.

The rule has far-reaching implications for epidemiological studies EPA uses to understand the effect of water pollution on humans. Those studies, she said, can contain private medical information that cannot be made publicly available under federal privacy requirements.

EPA still has not finalized new water quality standards for old lead and copper pipes — a proposal the agency first floated last year that was expected to be a talking point in Trump’s reelection bid.

A leaked draft of the final rule shows EPA aimed to more than double the amount of time the nation’s water utilities have to replace service lines with serious lead contamination (Greenwire, Sept. 28). Other portions of the draft final rule were seen as strengthening lead monitoring and notifications, including the first-ever testing of drinking water in schools and day cares.

The Biden administration could move forward with Trump’s proposal and firm up funds to ensure utilities have money to replace lead service lines, said Southerland. Or it could scrap the Trump proposal and begin the rulemaking process again, which could take two to four years, she said.

For now, the rule remains stuck in a White House review, where it’s been for more than 90 days.

"There has to be some reason for this unprecedented delay," said Southerland. "It would be very surprising for [the Office of Management and Budget] to go more stringent on the action level or on the rate of replacement on lead lines. I can’t imagine OMB would want to weigh in on the rule and want to make it more stringent."

Biden is widely expected to overturn Trump’s Waters of the U.S. rewrite, but legal experts warn that he could face a heavy legal lift; lengthy rulemaking; and an onslaught of opposition from industry, ranching and agricultural interests (Greenwire, Aug. 20).

Trump’s WOTUS rule, which pulled back federal protection for most of the nation’s wetlands and streams, is facing a slew of legal challenges, is already on hold in one state — Colorado — and could still be frozen by any one of the various federal judges who are now examining the regulation (Greenwire, June 24).

While the rule wouldn’t likely qualify for review under the Congressional Review Act, the Biden administration could ask for a voluntary remand in court and stop defending the rule, Larry Liebesman, a former Justice Department attorney who now serves as senior adviser for Dawson & Associates, wrote in a recent blog post.

"If that remand occurs, the Biden administration could try to find a way not to follow the Trump rule during the remand process," he wrote.

Similar to WOTUS, a Biden administration could stop defending the Trump administration’s final rule in court that deals with wastewater from coal-fired power plants.

EPA in August released a final rule that relaxed Obama-era regulations for coal plant discharges, which can contain high levels of toxic chemicals like mercury, arsenic, nitrogen and selenium.

More than a half-dozen groups, including the Natural Resources Defense Council, the Sierra Club and Clean Water Action, are now asking the U.S. Court of Appeals for the District of Columbia Circuit to review the rule.

Trump’s rule would further extend the timeline for plants to comply, and coal facilities closing, repowering or switching to natural gas by 2028 are exempt.

"If you stop defending in court, you would basically wait for the judge to tell you what to do to fix it," said Southerland. "If you already know how you want to fix it, you could go ahead and propose a replacement."

Another area where the Biden administration could make sweeping changes involves the approval of critical water permits for energy projects — power lines and, more recently, major oil and gas pipelines — under the Army Corps’ nationwide permit program. Those permits allow waterways and wetlands to be dredged and filled if there will be minimal impacts to the environment.

The Army Corps has yet to finalize a rule it unveiled this summer, which would separate oil and gas pipelines from streamlined permits for utilities. The public comment period for that rule closes this week (Greenwire, Aug. 4).

The program is already tied up in court. This May, Montana federal Judge Brian Morris barred the use of Nationwide Permit 12 for pipeline projects, saying the Army Corps had not followed the Endangered Species Act for those projects during a case specifically taking aim at the Keystone XL project.

Environmental groups are opposing the use of nationwide permits for major pipeline projects, like Keystone XL, because they say it allows developers to circumvent more in-depth analyses of environmental impacts under the Clean Water Act and National Environmental Policy Act.

The Supreme Court has since stayed Morris’ injunction, and the 9th U.S. Circuit Court of Appeals is still reviewing whether nationwide permits are appropriate for oil and gas pipelines.

At the same time, a legal fight over the same permit use is unfolding around the Mountain Valley pipeline in the 4th U.S. Circuit Court of Appeals. The court agreed last week to pause developers’ use of a streamlined water permit under the NWP 12 program for the pipeline (Energywire, Nov. 10).

Some sources said they fully expect the Army Corps to push through a final rule before Biden takes office, But Sam Collinson, a senior adviser at Dawson & Associates who used to head the Army Corps’ regulatory policy office and worked on nationwide permits, said the Trump administration is unlikely to push out a final rule given the agency will need to address comments, and there must be a White House and interagency review.

A Biden administration is also likely to target a rule EPA finalized this summer that has far-reaching effects on state water quality reviews for oil and gas pipelines.

EPA issued a rule this summer that limits the scope of state water quality reviews and bars governors from considering other concerns like climate change while placing a one-year deadline on state action.

Under the rule, EPA can review state and tribal certifications to ensure they comply with the requirements of Section 401 of the Clean Water Act. If they are based on anything other than water quality, they will be considered outside the scope of Section 401 of the landmark environmental law and can be set aside and treated as a "waiver," according to the agency (E&E News PM, June 1).

EPA has said it will rely on courts to determine whether a state’s or tribe’s certificate is within the scope of the final rule.

Environmental groups are now suing to halt the rule in the U.S. District Court for the District of South Carolina, arguing the rule violates federal law and conflicts with a prior Supreme Court ruling (E&E News PM, Aug. 26).