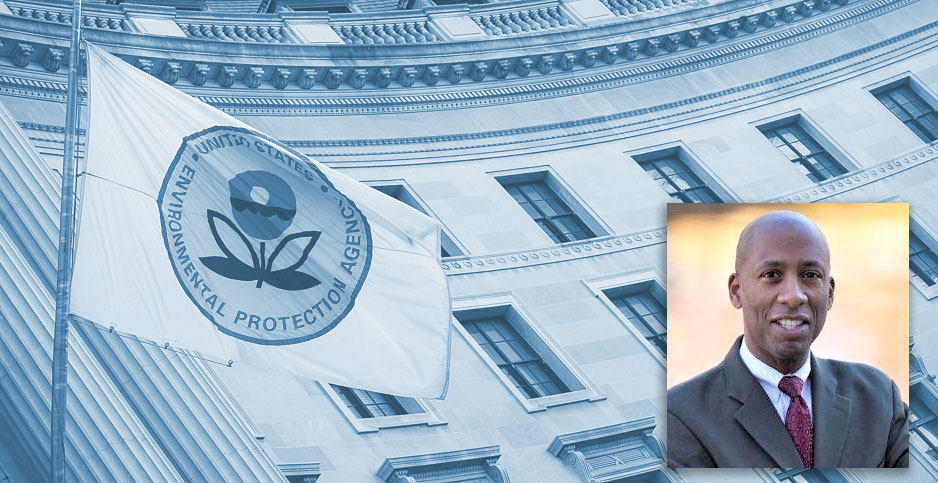 EPA’s waste office might soon be run by a law professor whose background could prove key in addressing the Biden administration’s environmental justice goals along with hot-button concerns like so-called forever chemicals.

Carlton Waterhouse, whose nomination to oversee the Office of Land and Emergency Management is being taken up by a Senate committee this week, would bring a vital perspective to the job, advocates say (E&E Daily, Aug. 2).

“I think we’re going to see the work in the office being re-centered,” said Vernice Miller-Travis, executive vice president of the Metropolitan Group and a co-founder of WE ACT for Environmental Justice. “That’s going to be good for the staff, for other federal partners, but especially good for environmental justice communities.”

Many said EPA’s waste office would benefit from Waterhouse’s deep knowledge of the history of environmental justice. The movement itself was born out of a waste site protest, making OLEM’s role especially salient.

Like others, Miller-Travis noted that Waterhouse is a known entity in many advocacy and legal circles and well acquainted with the agency. He served as an EPA attorney during the 1990s, working in both the Atlanta-based Office of Regional Counsel and the Office of General Counsel in Washington, D.C. During his earlier time with the agency, he developed regional and national environmental justice policy, along with applying Title VI of the Civil Rights Act to EPA’s permitting actions.

Prior to his return to the agency, Waterhouse was active in environmental law. According to disclosure forms, he took an unpaid leave of absence in April of this year from his work at Howard University’s law school as a professor and as inaugural director of the school’s Environmental Justice Center, which would continue if he’s confirmed (E&E News PM, June 11). He has served as OLEM’s deputy assistant administrator since January and resigned board positions with the Environmental Law Institute (ELI) and the Natural Resources Defense Council when he took that role.

The disclosure documents also show he is writing a book to be published by Cambridge University Press on the Supreme Court and race.

Supporters of Waterhouse’s nomination say his expertise speaks for itself.

The history of the modern environmental justice movement can be traced back to fights over waste sites, beginning in Warren County, N.C., where a rural, low-income Black community resisted a hazardous waste landfill in 1982.

And the issue has remained a prominent one for advocates, who see Waterhouse not only as an ally but as one of their own, a perception bolstered by his criticism of decisions made by President Trump’s EPA.

In a 2017 letter to the editor of the Indianapolis Star, Waterhouse slammed the Trump EPA’s “failure to protect East Chicago residents” and accused the agency of dragging its feet on addressing contamination issues at the city’s West Calumet housing complex. He called the site “a textbook example of governmental apathy and environmental racism.”

Friends who know Waterhouse outside of his work life described him as a serious, thoughtful person driven by his Christian faith and motivated to help rectify historic wrongs — a factor in his pursuit of a divinity degree from Emory University.

Washburn University School of Law Dean Carla Pratt, who met Waterhouse in law school, noted that his familiarity with race reparations and sense of justice could help frame his approach to toxic sites.

“Carlton understands how important it is to clean up and transform polluted areas into thriving revitalized communities,” said Pratt.

EPA declined to make Waterhouse available for an interview, citing his pending nomination. But agency spokesperson Nick Conger said in a statement that the nominee is “highly qualified” to lead the waste office.

“His prior experience at EPA and decades of work to address historical racial injustices and to fight for climate justice position him to lead programs like Superfund and Brownfields to protect all communities from pollution,” said Conger.

If confirmed, Waterhouse would join the Biden administration’s broader efforts tackling climate change and regulating per- and polyfluoroalkyl substances (PFAS) — sometimes called forever chemicals because they do not break down in the environment.

Biden’s EPA has also touted a commitment to equity under Administrator Michael Regan, pledging that the agency will do more to protect vulnerable populations. Waterhouse previewed that emphasis at a conference hosted by the Solid Waste Association of North America last month.

“Addressing PFAS, climate change and environmental justice are all priorities,” he said in keynote remarks. “Each of these issues will require EPA to use all of our programs and authorities to make meaningful progress.”

He added that some proposed PFAS regulations would run through the office he has been tapped to lead, including hazardous substance designation under waste statutes. Other focuses for the agency include food waste reduction and ramping up efforts to meet EPA’s goal of 50% recycling by 2030 (E&E News PM, Nov. 17, 2020).

Those who know Waterhouse said he is also likely to prioritize EPA’s brownfields program, which revitalizes contaminated sites. Advocates say those efforts can sometimes lead to gentrification and displacement, depriving affected communities of the chance to benefit.

“He’ll be looking at not just returning an unusable property to use, but using it in a way that advances the community’s and the country’s environmental goals,” said ELI President Scott Fulton, who has known Waterhouse since his initial time with EPA.

Miller-Travis said Waterhouse would also likely seek to bolster public comprehension of the opaque inner workings of government. “I think he’s going to feel strongly about a deeper level of engagement with the public,” she observed, highlighting his familiarity with the Office of Information and Regulatory Affairs, a division within the Office of Management and Budget whose work will be key to EPA goals.

“No one understands what OIRA does. But all the mechanisms, they come through OIRA,” she said.

Another Biden nominee known for racial justice work ran into pushback earlier this year. Kiran Ahuja ignited Senate Republican criticism over critical race theory, which held up her nomination to lead the Office of Personnel Management. But Ahuja was ultimately confirmed, boding well for Waterhouse’s chances.

Those who have worked with the waste office nominee maintain his expertise on race has been a boon. ELI’s Fulton said that after he recruited Waterhouse for the organization’s board, he deepened and improved its justice work. And when protests erupted last summer in the wake of George Floyd’s murder, Fulton said Waterhouse “played a leading role” in crafting a statement on racism and environmental justice.

“This was basically four to five months of very intensive work with our board to discuss these issues and what to do about them,” said Fulton.

“Carlton was in the middle of that; he was an educator for the rest of the board. Not just being non-racist but being anti-racist, being intentional and deliberate. … His instruction and education of other board members helped create the space for that statement to take form.”

Potential pushback could also come from industry members, although it is unclear whether any resistance will materialize. The National Waste and Recycling Association declined to comment on Waterhouse’s nomination, but SWANA — which hosted Waterhouse at its conference last month — appeared open.

“He clearly has a very strong environmental justice and social equity background, and will likely view environmental issues and solid waste facilities from that perspective,” said CEO and Executive Director David Biderman. “SWANA and our members look forward to working with him and others at OLEM.”

A shift in approach

Advocates who panned the Trump EPA on waste issues see Waterhouse’s nomination as a chance to reset.

Under Trump, EPA touted its emphasis on recycling and the Superfund program (Greenwire, Jan. 13). But environmental groups maintain the administration dragged its feet on making real progress.

They say Waterhouse would offer a different approach from former Trump OLEM chief Peter Wright, who had to recuse himself from involvement with hundreds of Superfund sites due to his prior industry work. Wright spent 20 years working for chemical giant Dow, which garnered ire from advocates, who appreciate Waterhouse’s noted criticism of the Trump EPA.

“I think you’re going to see an elevation of science driving decisionmaking. Isn’t that what we all want when we’re thinking about hazardous waste?” asked Miller-Travis. “Don’t we want science determining those decisions?”

Given the Biden administration’s environmental justice focus, those proponents also see significant potential for other agency leaders going forward. Ali, the former EPA official, said Waterhouse’s background should be the standard for nominations.

“I think that we should be asking the question for all of the assistant administrator positions — what is your history with environmental justice?” he said. “It’s one of the top priorities for the administration. That should be a baseline, a fundamental element of decisionmaking.”