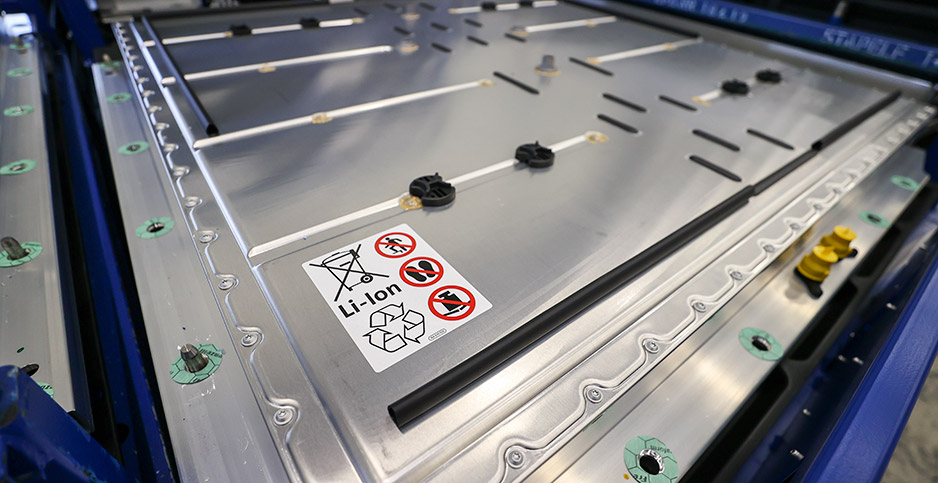 A new federal blueprint calls for eliminating the use of cobalt and nickel in lithium-ion batteries. A battery for Volkswagen's all-electric ID.3 is pictured. Jan Woitas/dpa/picture-alliance/Newscom

The White House released a plan yesterday calling for the phaseout this decade of two key minerals used in electric vehicle batteries, although some market researchers are casting doubt on whether such a rapid shift is possible.

In its new national blueprint for building the U.S. battery supply chain, the Biden administration called for cutting cobalt and nickel out of lithium batteries entirely by 2030. Those two minerals are the current mainstay for electric vehicle and grid storage batteries, accounting for the vast majority of the market.

Part of the reason for their current dominance is that the chief chemistries — nickel-manganese-cobalt and nickel-cobalt-aluminum — tend to have a greater energy density, a feature that can lengthen the driving range of EVs, for instance.

Yet the stubborn centrality of cobalt and nickel in batteries, along with lithium itself, poses risks for the clean energy sector.

Cobalt mostly comes from Congo, where human rights observers have documented child labor and other human rights violations in mines. Nickel’s waste trail and oil spills at mining sites have raised the ire of sustainability watchdogs. And for all three of these minerals, analysts of various stripes have warned of supply shortfalls or price spikes that could slow adoption of mass-market EVs.

Under President Biden’s plan, the federal government should focus on developing and scaling up battery innovations, including for "low/no cobalt" chemistries over the next five years.

Simultaneously, the U.S. should shore up access to mineral supplies from allied countries and contemplate ways to incentive "sustainable" domestic mining, it said.

By 2030, though, the country should aim to have large-scale access to cobalt- and nickel-free batteries that outperform the competition, according to the blueprint. Those could include "revolutionary battery technologies" like solid-state and lithium metal.

Not everyone with a close eye on battery policy is confident that’s feasible, however.

Andrew Miller, product director at mineral researcher Benchmark Mineral Intelligence, sympathized with the goal of limiting the country’s dependence on those minerals.

Yet eliminating cobalt and nickel from lithium batteries entirely is "possible, but not likely given the requirements of EV makers," he told E&E News via email.

Perhaps the top alternative chemistry, known as lithium ferrophosphate, or LFP, could play a limited role for some low-range EVs, as well as buses and trucks that don’t travel far.

"But it won’t be suitable for all vehicle types, especially the longer-range models being targeted by major [original equipment manufacturers]," Miller wrote.

One Wood Mackenzie report on the future of batteries, published in 2020, took a similar view. LFP would capture over 30% of the overall market by 2030, it found, but the bulk would still remain with nickel- and cobalt-based chemistries.

Still, some major carmakers, like Tesla Inc., Volkswagen AG and China-based BYD Auto Co. Ltd., are already working to shift part of their stock toward low- or no-cobalt chemistries.

Federal researchers are also trying to propel forward new innovations. One recent grant at the Energy Department’s Advanced Research Projects Agency-Energy for scaling up new technologies went to a California startup that’s developing a sodium-ion battery for EVs and grid power, for example. DOE’s Vehicle Technologies Office has spent the past three years working on low- or no-cobalt cathodes. And the fiscal 2022 budget request for DOE includes a program for developing batteries with "abundant, easily-sourced materials."

The focus on innovation in the administration’s blueprint — which distills a wider set of earlier findings from the departments of Energy, Commerce, Defense and State — extends to ramping up battery recycling, another area highlighted in the document as a priority.

Through 2025, the federal government should try to increase recovery rates of cobalt, lithium, nickel, graphite and other key minerals from batteries as they reach the end of their useful lives, according to the plan. It should also develop new processing technologies and establish federal policies to promote reuse and recycling of batteries.

By 2030, federal policy should require the use of recycled materials in cell manufacturing, the document concludes.

But if recyclers don’t see a profit from precious metals — like the cobalt and nickel that come in most current chemistries — creating a recycling industry could get more complicated, said Steve Christensen, executive director of the Responsible Battery Coalition, a battery-recycling advocacy group that includes several major automakers.

"When you take these metals out, like cobalt and nickel, the expensive stuff, the desirability of that battery goes down," he said.

Removing minerals like cobalt from most batteries, he added, "is a wonderful aspiration" given the risks stemming from their use. In coming decades, though, millions of batteries will be entering out of service. "If we don’t have a circular economy in place, we’re going to have a big problem on our hands."

If cobalt-free batteries become industry’s aspiration, "we want to help them make it," said Christensen. "But we need to understand the consequences of getting there."