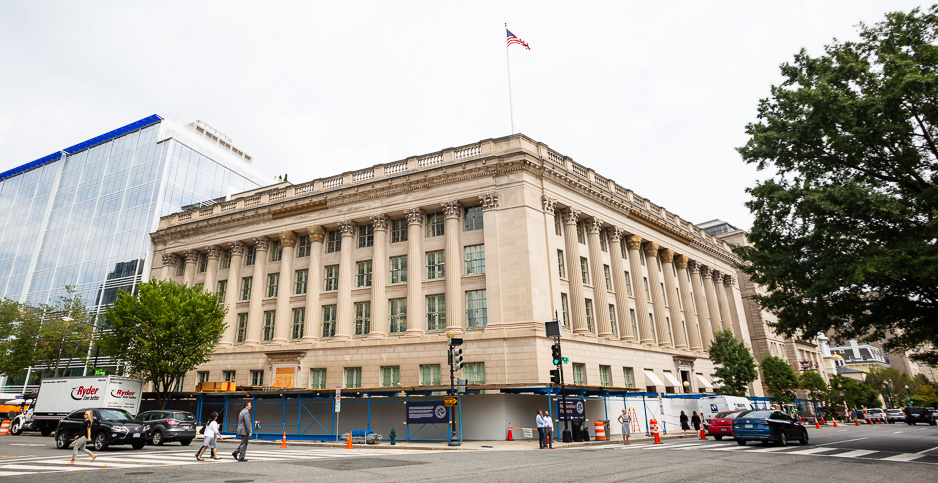 The most important climate legislation enacted since 2009 was helped across the finish line by two business groups better known for opposing regulation.

The National Association of Manufacturers and the U.S. Chamber of Commerce have a history of seeking to curtail EPA’s use of the Clean Air Act to regulate greenhouse gases. But last year they stepped in to help rescue bipartisan legislation to reduce refrigerants linked to warming as the measure was poised to become a casualty of climate politics.

"It became really clear to us that we needed to engage more closely, and had the ability to step in and play the role of broker," said Rachel Jones, vice president of energy and resource policy with the manufacturing trade group.

The legislation, which passed with some tweaks as part of December’s massive year-end omnibus bill, will cut hydrofluorocarbon (HFC) production by 85% over 15 years.

The measure, co-sponsored by Sens. John Kennedy (R-La.) and Tom Carper (D-Del.), will help the U.S. avoid more greenhouse gas emissions every year than Germany produces, the Rhodium Group estimates. That would bring the U.S. in line with the Kigali Amendment — a global deal estimated to prevent a half-degree Celsius of warming by the end of this century.

The HFC language will also be a boon to U.S. manufacturers who produced more climate-friendly alternatives to HFCs, which are chemicals often used in refrigeration, and give the U.S. the framework it needs to join the Kigali Amendment, an international agreement to phase out those superheating pollutants.

The scope of the warming that could be avoided makes the law’s HFC language the most significant climate legislation to pass in the U.S. since the stimulus package passed in President Obama’s first term.

That’s a remarkable feat, given that it looked dead in March.

Kennedy and Carper had long urged Senate Environment and Public Works Chairman John Barrasso (R-Wyo.) to take an interest in the bill, according to aides. Kennedy introduced a version of the measure in the previous Congress, and Carper, the panel’s ranking member, had made HFC reduction a top priority for more than a decade. A 2017 D.C. Court of Appeals decision meant EPA would need new legislation to phase down production of the superpollutant.

But Barrasso, a frequent opponent of EPA regulation, showed little interest in the measure, some observers said. The EPW Committee didn’t respond to E&E News’ inquiries. The bill’s backers then hoped that a new energy package introduced in February by Senate Energy and Natural Resources Chairwoman Lisa Murkowski (R-Alaska) and ranking member Joe Manchin (D-W.Va.) would provide a vehicle for it to pass.

Senate Majority Leader Mitch McConnell (R-Ky.) gave the energy bill floor time early in March, and Kennedy and Carper planned to offer an amendment. But Barrasso expressed concern that the HFC language didn’t do enough to ensure preemption of state HFC mandates, and he objected.

Kennedy made good on a threat to block votes on other amendments to the package unless the HFC amendment received a vote, and that standoff resulted in the larger package being yanked from the floor.

Christopher Guith, senior vice president of policy at the Chamber’s Global Energy Institute, said the bill’s backers should have secured Barrasso’s buy-in years before trying to move the legislation.

"It was an unforced error," he said. He described the process that followed like this: "Let’s put the genie back in the bottle and figure out how to make this work."

The Senate adjourned a few weeks after the energy package was pulled from the floor because of the coronavirus pandemic. During that time the EPW Committee held a paper hearing on the HFC legislation, encouraging stakeholders to submit comments.

They were overwhelmingly supportive of a federal HFC program that would preempt state programs. Some of the comments came from specialized industries outside of air conditioning and cooling that relied on small quantities of HFCs and didn’t want to see the market disappear completely.

But the underlying bill still allows for a small volume of the chemicals to be produced. The trick was to assure industries that rely on those small allocations for which alternatives don’t exist, like medical use aerosols, that their needs were being considered.

Staff for Barrasso and Carper followed up with those who submitted comments to the paper hearing, and by late summer interested parties began to signal that a deal was imminent.

Jones of NAM said the quieter committee process, out of view of cameras, helped take the pressure off lawmakers and made compromise more possible. Trade groups like NAM and the Chamber were able to help the process along, she said, by drawing on relationships with lawmakers and a wider variety of industrial interests.

"That’s really the big role that the NAM and the Chamber ultimately played, which was everyone wasn’t that far apart," she said. "And we could see that. The challenge was a number of the different stakeholders, the people from different perspectives, politically or otherwise, didn’t necessarily see yet how close everyone actually was."

Jones credited the Chamber’s Chuck Chaitovitz with doing a lot of the outreach to Republican members as she reached out to Democrats and House committees.

"It took a lot of late-night phone calls," she said. "I don’t think there’s any one person or organization that can or should claim credit. This really only worked because people were willing to build the bridge from both sides of the river."

Chaitovitz said the Chamber’s broad membership allowed it to act as a bridge between different sectors and interests.

"We also have the credibility on the Hill," he said. "If there’s an issue that the Chamber gets behind then that implies that this is enough of a priority across the entire business community."

McConnell is out; Kigali is in

The industry-based groups Alliance for Responsible Atmospheric Policy and Air-Conditioning, Heating and Refrigeration Institute spent much of the Trump administration pushing first for ratification of the Kigali Amendment to the Montreal Protocol, which governs ozone, and then for legislation creating a regulatory framework for the drawdown.

They had also done extensive outreach on Capitol Hill, including persuading a sizable cadre of GOP senators with interested industries in their home states to back both Kigali and the Kennedy language establishing a domestic regulatory framework.

In 2018, a group of 13 Republicans including Kennedy and other conservative members like Sens. Lindsey Graham (R-S.C.) and Jerry Moran (R-Kan.) signed a letter urging the Trump administration to submit Kigali to the Senate for ratification. Eleven of those members have returned for the 117th Congress.

But by mid-2018 it was clear Trump — who never liked international agreements of any kind, let alone environmental ones — wouldn’t be submitting Kigali. George David Banks, a White House adviser who had taken a personal interest in securing ratification of Kigali, left early in 2018. It became clear that efforts to persuade the administration to submit the amendment, which was opposed by senior EPA officials, had permanently stalled.

"It quickly became clear that we were going to have to come up with a different path," said Kevin Fay, executive director of the Alliance for Responsible Atmospheric Policy. "And that was when we were grateful that Sen. Kennedy was willing to take the lead for discussion purposes to introduce domestic legislation to essentially achieve the same thing."

He called the involvement of NAM and the Chamber in 2020 as "critical," especially when it came to dialoguing with Hill staff.

Now that EPA has the legal authority to mandate a reduction in HFCs, the U.S. can ratify Kigali. President-elect Joe Biden has spoken approvingly of the global HFC deal, but it is not clear how quickly his administration might submit it for ratification.

The incoming president can join the Paris Agreement with a stroke of the pen and a 30-day waiting period, because it is largely nonbinding. Kigali confers obligations that require approval by a two-thirds vote in the Senate.

The Kennedy-Carper bill had 17 GOP co-sponsors, indicating that bipartisan support for ratification probably exists. But it was unclear whether McConnell would schedule a vote.

Now that Democrats are poised to control the Senate following Tuesday’s runoff election in Georgia, the chances of ratifying the Kigali Amendment have improved exponentially. Carper could be in line to take the EPW Committee’s gavel.

David Doniger, senior strategic director at the Natural Resources Defense Council and a member of the coalition that worked to secure the HFC language, said the willingness of the Chamber and NAM to back a policy that includes a regulatory component is encouraging for the future.

He wondered whether they could in time throw their weight behind other sector-specific environmental legislation they viewed as good for industry.

"You can see possibilities," Doniger said. "I don’t want to sound Pollyannaish. I don’t think this heralds yet a broad endorsement by the Chamber or NAM for other legislation, but at least it’s possible because they’ve crossed the Rubicon here."