How conservative ideology could hamstring enforcement 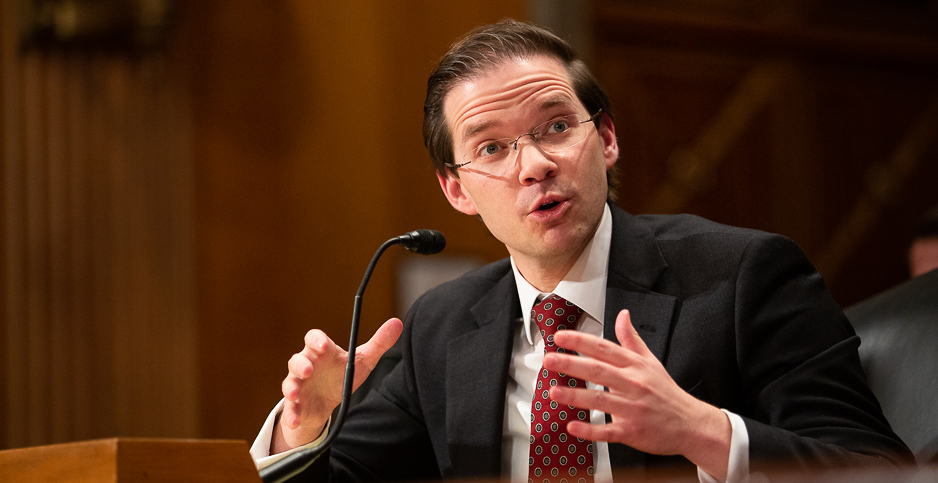 The memo from the Office of Information and Regulatory Affairs directs federal enforcement officers to follow a series of protocols — including requiring "Officers of the United States," likely political appointees, to sign off on some administrative enforcement actions, a move critics called problematic for an administration filled with former industry executives (Greenwire, Sept. 1).

"The whole thing is suspect," said Eric Schaeffer, a former career EPA enforcement official and now environmental advocate. "It could throw a lot of sand in enforcement gears."

The memo, dated Aug. 31, stems from a May executive order calling for reduced regulations to boost an economy shattered by the pandemic (E&E News PM, May 19). That order followed one from last fall meant to protect Americans from a "secretive" bureaucracy (E&E News PM, Oct. 9, 2019).

"The memo’s tone is one that seems to presume bad faith and lack of integrity on the part of agency enforcement personnel and agency adjudicators," George Washington University environmental law professor Robert Glicksman wrote in an email.

He pointed to the terms "improper government coercion" and "retaliatory or punitive motives or the desire to compel capitulation."

Glicksman said, "’Compel capitulation?’ Really? Due process demands a decision by a neutral agency adjudicator." The Supreme Court has enunciated that agency adjudicators are neutral, he added. "This memo appears to reverse that presumption.," he said.

It contains ideas long pushed by the Federalist Society, and some of the language appears to be lifted from previous comments submitted by the New Civil Liberties Alliance, which at its core believes "the administrative state is a threat to our civil liberties."

The implications for environmental cases remain unclear, but observers worry the memo means oil, gas and other companies could face weaker penalties for breaking pollution rules.

An EPA spokesperson noted the agency already has regulations on enforcement discretion and other actions. "We are reviewing the memorandum to determine if any updates would be needed," said the aide.

One current EPA attorney described the memo as a "cipher." The attorney, who spoke on condition of anonymity, said, "It is all over the place, and no one knows how it will come down there or even if it will even have an effect."

Jeffrey Wood, who headed the Justice Department’s environment division in an acting capacity in 2017 and 2018, generally expressed support, noting the memo’s inclusion of the principle of lenity, or the practice of applying any ambiguous statute in a light that is favorable to the defendant. He also welcomed more political accountability.

"This will place pressure on the agencies to either fish or cut bait when it comes to bringing enforcement cases," Wood, now a partner at Baker Botts LLP, said in an interview.

Another provision would prevent government enforcement agents from pursuing additional inspections of suspected polluters that are outside the specific violation that is alleged. And agents would be required to present all the incriminating evidence to an alleged offender as in criminal cases.

That was particularly alarming for Bruce Buckheit, a former EPA enforcement agent. "We have recidivist violators," he said. "They just carry on."

For example, experts wondered, if a company fails to comply on one set of rules, why wouldn’t it have violations at other units?

Others observers are less certain the memo would result in a considerable environmental enforcement change because the administration has already introduced more politics into enforcement decisions.

Joel Mintz, a former EPA enforcement official, said current agency workers have told him they need to obtain permission from the regional administrator before proceeding with particular enforcement cases. In some offices, he added, that was true before President Trump.

The Trump EPA has required state agencies to give official approval before EPA inspectors can proceed — a process known as "cooperative federalism" that Mintz called "totally ridiculous."

According to other sources, some states have few career state environmental officers, opening up the potential for some violations to go unnoticed.

It’s no secret the president is not a fan of many federal employees — or what he resentfully calls "the deep state."

Earlier this year, Ray participated in a Federalist Society webinar where he called for restraining the power of career staff.

"Staff may have their own priorities, beliefs, agendas, errors or even grudges," Ray said. "Agency career staff differ from the presidency, not in their immunity from temptation, but in a lack of accountability to the people."

“Agency career staff differ from the presidency, not in their immunity from temptation, but in a lack of accountability to the people.”

Paul Ray, head of the Office of Information and Regulatory Affairs

That position has been reinforced by groups like the New Civil Liberties Alliance, which submitted 30 pages of comments in March on a similar White House request for information. The group’s attorney, Harriet Hageman, wrote about navigating "the Kafkaesque procedures that agencies often employ."

Hageman and her colleagues wrote, "We have found that such procedures are often used not to shed light on or to solve a problem, but to ensure that regardless of the ultimate outcome, the agency always wins and the American citizen or company always loses."

They argued that enforcement agents should "stay in their lane." They also offered several recommendations including that enforcement officers should give suspected violators a written report summarizing "observations, maps, drawings, photographs, and other appropriate information within 45 days of any on-site activities."

The Office of Management and Budget’s January request for information drew dozens of comments that lacked substance and simply declared outright support for the president (Greenwire, March 6).

Regulatory scholars, including Amit Narang with left-leaning Public Citizen, found that odd and discovered that a group called This West is Our West was encouraging people to comment on a wonky regulatory policy.

"I find it both odd and revealing that this group commented and expects these enforcement changes to make it harder to prosecute domestic terrorism," Narang said.

The group, which could not be reached for comment, has a website filled conspiracy theories about "American Tribal Tyranny," climate change and COVID-19.

Hageman, who unsuccessfully ran for governor of Wyoming in 2018, is no stranger to the Trump administration. Last year, the Interior Department invited her to give a keynote speech at an event, "American Agri-Women Symposium," where she called the long-standing bipartisan Land and Water Conservation Fund "absolute insanity."

Hageman called climate change a "scam" and said efficiency standards surrounding air conditioners would kill people (Climatewire, July 21, 2016). She did not respond to a request for comment.

Critics argue that the sway of "extremist groups" on U.S. policymaking has the potential for ongoing detriment.

"The influence that these fringe, extremist groups that promote wild conspiracy theories have over the Trump administration may be worse than this giveaway," said Jayson O’Neill, director at the left-leaning Western Values Project. "It’s also an ominous warning for the future."