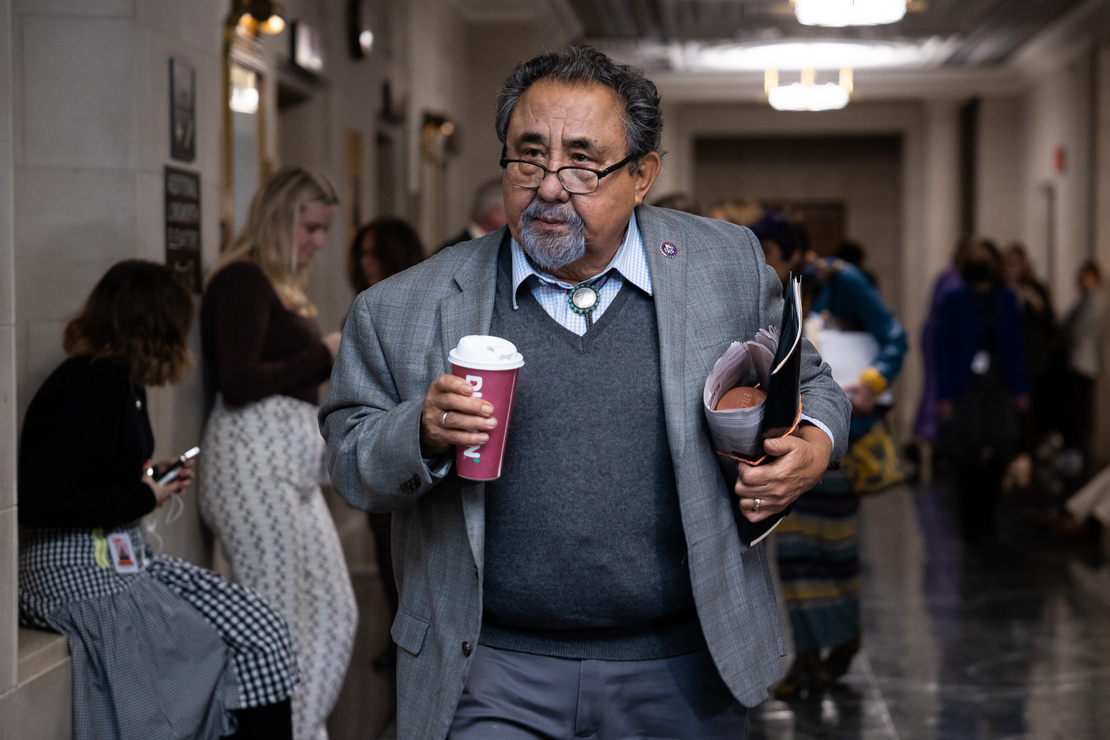 A last-ditch push by House Democrats to pass a sweeping environmental justice bill appears to have ground to a halt.

“We tried,” said Rep. Raúl Grijalva (D-Ariz.), the chair of the House Natural Resources Committee who championed H.R. 2021, the “Environmental Justice for All Act,” alongside the late Rep. Donald McEachin (D-Va.). “The last three weeks were nothing but negotiating.”

Democrats attempted to get the bill to the floor to honor McEachin, who died last month. But short of some major breakthrough in the final days of the 117th Congress, advocates will have to wait at least another two years to revive the legislation. Republicans are poised to take over the House majority in January and do not support the effort.

People familiar with the negotiations both in Congress and the advocacy community, who were granted anonymity to share private conversations, said prospects for an agreement were always doomed by the lack of calendar days and the logjam of other legislative business.

Talks also broke down over certain controversial language, jurisdictional battles among different committees with oversight of various portion of the bill and fears that a compromise on the environmental justice measure could justify Democratic leaders to force a vote on separate legislation advocates see as anathema to their efforts.

The “Environmental Justice for All Act” was written over the course of several years, drawing on feedback from environmental justice advocates and inspiration from cross-country listening tours and fact-finding missions.

It would make significant changes to the nation’s bedrock environmental laws and allow more intensive community input into the siting of fossil fuel projects. It also would vastly expand the power of polluted communities to reject projects that can spike local rates of cancer and respiratory disease and cause long-term pollution.

A significant component of the bill deals with “cumulative impacts,” which would require permitting decisions under the Clean Water Act and Clean Air Act to account for the cumulative effects of harmful emissions on communities.

That turned out to be the stickiest portion of the bill and was a hurdle for some Democrats in oil and gas districts, where activities would be significantly curbed under the legislative proposal.

“Parts of the bill can’t pass the House,” a senior House Democratic aide said in October, alluding to opposition among some Democrats.

At the time of that statement, environmental justice advocates — including McEachin — were pushing leadership to allow a vote on their bill before year’s end. They had been emboldened by their movement’s success in thwarting efforts to insert a permitting proposal from Sen. Joe Manchin (D-W.Va.) into a stopgap spending measure that might have rendered much of the “EJ for All Act” moot.

But with McEachin’s sudden death in late November from secondary effects of colorectal cancer, the lobbying for floor action increased. Advocates seized on the moment to push for a symbolic vote in the full House if for no other reason than to honor their colleague’s legacy.

Leaders were not hostile to the idea, congressional aides familiar with the discussions told E&E News. Staff talks, they said, were happening as high up as in the office of House Speaker Nancy Pelosi (D-Calif.).

“We want to honor Mr. McEachin,” said House Majority Leader Steny Hoyer (D-Md.) last week, “who was a wonderful member — a quiet, thoughtful, very effective legislator who has all of his life … been a proponent of acting on behalf of the environment.”

Hoyer added, “if there’s agreement, we’d certainly like to move it.”

But agreement had to be found not just among individual members but also among all the committees of jurisdiction over the bill. Though the “EJ for All Act” originated in the House Natural Resources Committee — the panel marked it up and passed it, along party lines, in July — the legislation also falls within the purviews of the committees on Energy and Commerce, Transportation and Infrastructure and Judiciary.

Since Energy and Commerce has jurisdiction over the controversial cumulative impacts language, this is where conversations largely broke down, said people familiar with the negotiations. Indeed, Grijalva told E&E News last week that the bill’s supporters “could not get concurrence from another committee of jurisdiction, i.e. the Energy and Commerce Committee.”

At one point, there was a proposal on the table to strip the most sensitive cumulative impacts provisions from the bill and replace it with the text of an amendment that was adopted during a markup of the bill in the Natural Resources Committee. The language, proposed by McEachin, would have beefed up permitting requirements under the National Environmental Protection Act.

A spokesperson for the Energy and Commerce Committee, chaired by Rep. Frank Pallone (D-N.J.), suggested this version of the bill, without the original cumulative impacts language, was the version they were prepared to approve for floor consideration.

“The Natural Resources Committee shared with us the bill they proposed bringing to the floor, and we promptly gave them the green light to proceed,” the spokesperson told E&E News. “Chairman Pallone is committed to honoring his friend Rep. McEachin. If there’s a holdup on bringing the bill to the House floor, it isn’t stemming from the Energy and Commerce Committee.”

McEachin served on both the Natural Resources and the Energy and Commerce committees.

Grijalva confirmed to E&E News that such a compromise had at one time been proposed. “I think the difficulties are that people wanted to completely hollow out cumulative impacts, and we had substitute language that we wanted to negotiate,” he said.

But there are indications the McEachin language was not actually the final offer put on the table to the Energy and Commerce Committee and others of jurisdiction. A spokesperson for the Natural Resources Committee insisted that “the full ‘EJ for All’ bill was never approved to go to the floor.”

An environmental justice advocate close to negotiations told E&E News there had been “a variety of opinions from the EJ community on the question” of how to handle the cumulative impacts language and whether the McEachin proposal would have been satisfactory.

Ultimately, said the advocate, a consensus was never reached. As talks on the “EJ for All bill” continued, Democratic leaders were working to attach Manchin’s permitting language onto the fiscal 2023 National Defense Authorization Act — first in the base text and then as an amendment.

Both efforts failed, but lawmakers of both parties and chambers have made it clear they’ll try again next year.

“The problem was that discussions didn’t develop further because the Manchin permitting bill came back into play for the NDAA and the EJ community was pretty solidly against anything that resembled a trade-off between the two bills,” the advocate explained. “All energy went into killing the permitting deal.”

Grijalva agreed that it presented a challenge.

“It was hard to separate it from the permitting thing,” he said of the “EJ for All” bill. “The concern was this would be a prop, or a trade, and we didn’t want to even risk that.”

Congress isn’t done yet for 2022. Lawmakers will return this week to pass an omnibus spending bill for the remainder of fiscal year 2023. There’s always a chance last-minute bills could be placed on the floor schedule.

Optimism, however, is dimming for a breakthrough on the “EJ for All Act,” especially as advocates remain vigilant about an eleventh-hour attempt to put the permitting provision in the spending package.

“To my understanding, nothing has been decided,” said the advocate, “but hard to see anything happen this last week.”