How Dems’ climate plan may transform coal in rural America 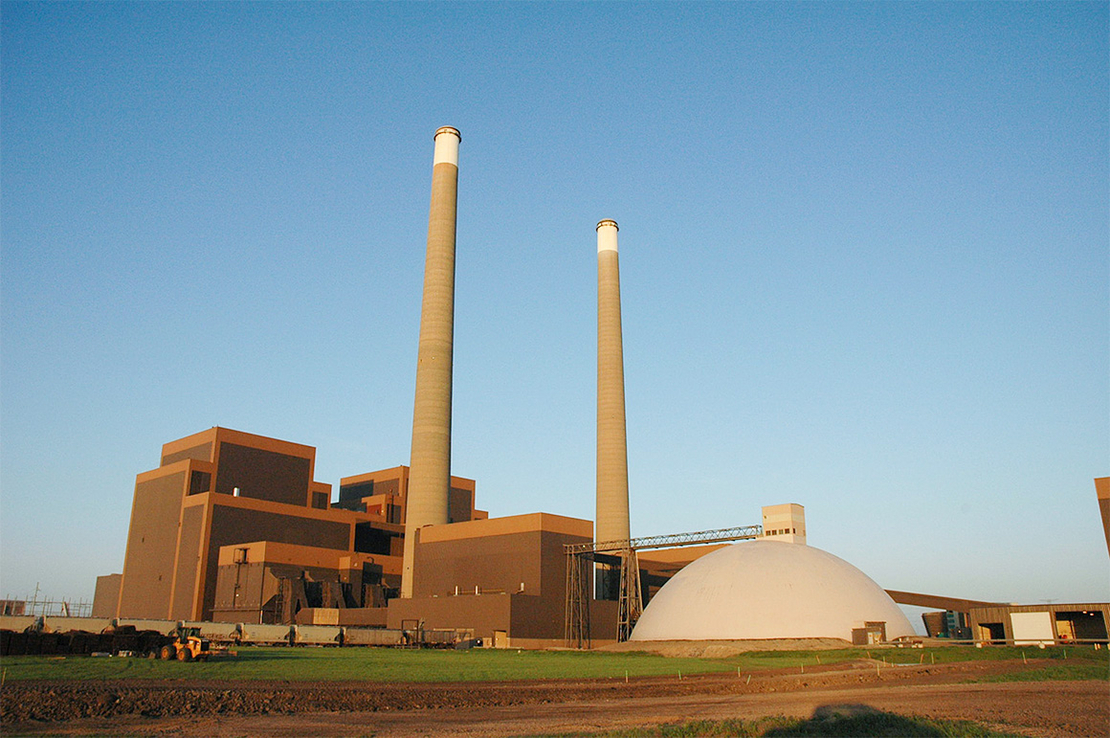 The budget reconciliation package that passed the House this month is targeting one of the most fossil fuel-heavy parts of the electricity sector: coal plants in rural America.

The $1.7 trillion "Build Back Better Act" tackles challenges facing the nation’s rural electric cooperatives, which generally have been slower to transition away from coal than other utilities. The bill — which is expected to undergo significant changes during ongoing negotiations with the Senate — includes nearly $12.6 billion to help rural co-ops retire coal plants and invest in carbon-free and low-carbon energy.

While the funds could address a gap in access to clean electricity between urban and rural areas, advocates say they only scratch the surface of what’s needed to accelerate clean energy for electric cooperatives while protecting consumers. In addition, some co-ops might be more inclined to use the funds than others due to concerns about grid reliability impacts, according to observers.

Although a handful of co-ops have set goals to move toward 100 percent clean energy, about 32 percent of the power that supplies co-ops nationwide came from coal in 2019. By comparison, investor-owned utilities generated 19 percent of electricity from coal in 2020, according to the Edison Electric Institute.

“Rural electric utilities serve the vast majority of persistent poverty communities, and have struggled to be able to harness lower cost clean energy, even though it’s often sited in those same communities,” Jeremy Fisher, a senior adviser at the Sierra Club, said in an email.

Unlike privately owned utilities, co-ops are not-for-profit and are owned by the consumers they serve. That means that any new investments are paid for entirely by their customers, who are also on the hook for debt associated with existing assets — such as coal-fired power plants.

In general, coal plants owned by co-ops tend to be newer than those that are owned or sourced by private utilities, said Louis Finkel, senior vice president of government relations at the National Rural Electric Cooperative Association. As a result, co-ops may have more remaining debt to pay off on those assets, Finkel said.

“Electric cooperatives and the members that own them should not be driven further into debt by the clean energy transition,” Brianna Knisley, Tennessee campaign manager at the nonprofit Appalachian Voices, said in an email.

To avoid exacerbating debt challenges, some states with renewable portfolio standards have set flexible or lower targets for co-ops compared with investor-owned utilities. Meanwhile, not-for-profit utilities — including co-ops and municipal utilities — have not been able to benefit from tax credits for solar and wind projects, since they are exempt from paying federal taxes.

The "Build Back Better Act" addresses these issues by allowing co-ops and municipal utilities to receive direct payments and loans for investments in renewable energy, energy efficiency and carbon capture projects.

“We think this is a really important step,” Finkel said. “If Congress is to enact a direct pay model for all energy tax incentives, I think we’re really in a position to benefit from them.”

In addition, cooperatives and other not-for-profit utilities would be eligible for grants to cover “debt relief and other costs associated with terminating … facilities operating on nonrenewable energy,” as well as for related transmission infrastructure, according to the bill.

Some co-ops would be better positioned than others to take advantage of the potential new funding programs, said Mike Williams, president and CEO of Texas Electric Cooperatives, which represents 76 co-ops in the Lone Star State. While federal subsidies for clean energy will likely spur some co-ops to change their resource mix, many in Texas remain wary of changes that could affect electric reliability in light of the power crisis that occurred last February, Williams said.

Even with government support, costs remain high for co-ops, he added. Some co-ops in Texas serve one customer per mile of power line, according to Williams.

“Electric co-ops came about because utilities didn’t want to go out to rural areas, where there’s not as much customers,” he said. “You start at a disadvantage in terms of not having the efficiencies you have in a city.”

More clean energy investments would also bring economic benefits to rural America, Boughey said. According to an analysis by the nonprofit RMI, a $10 billion federal investment in co-ops could yield over $50 billion in revenue from new wind and solar projects.

“[These] provisions support rural communities to create jobs, needed tax base and new development opportunities, while reducing pressure on electricity rates for those who can least afford higher energy costs,” Boughey said in an email.