How GM made ‘everyone in Washington mad’ 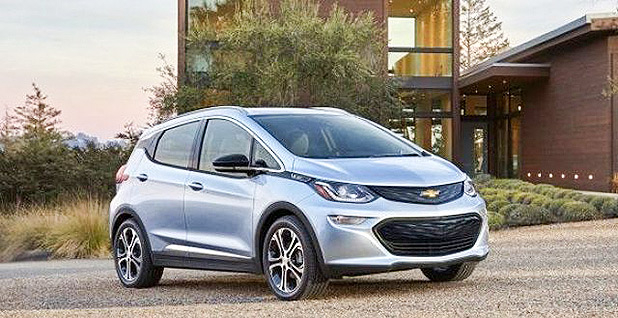 General Motors Co. was hoping for a positive reaction when it made an eye-popping announcement last week about boosting electric vehicles.

Instead, America’s largest automaker was flooded with criticism. Environmentalists blasted the announcement as a "distraction" meant to burnish the company’s green image, while an industry source called it a "thumb in the eye to President Trump."

Companies such as Ford Motor Co. and Fiat Chrysler Automobiles learned of the proposal just hours before it was unveiled Friday morning, the source said. So did a powerful trade association: the Alliance of Automobile Manufacturers.

That’s problematic because the auto industry was trying to present a unified front and coordinate its response to the Trump administration’s rollback of clean car standards, the source said.

"Many companies found out about the proposal when they saw GM’s embargoed press release hours before it went out," said the source, who requested anonymity in order to speak candidly.

"If there was a way to make more people mad, I’m not actually sure I know what it is," the source said. "This seems like a stupid way to make literally everyone in Washington mad at you."

The announcement came on the last day to submit public comments on the Trump administration’s proposal to freeze tailpipe emission standards at 2020 levels through 2026 and eliminate California’s ZEV program altogether.

"We know that we can do better" than the Trump administration’s proposal, Mark Reuss, GM’s executive vice president of global product development, said on a call with reporters in advance of the announcement. "We know that the industry can do better than that."

Gloria Bergquist, a spokeswoman for the Alliance of Automobile Manufacturers, confirmed that the trade association learned of GM’s proposal on Friday morning, just hours before its release.

"GM notified us Friday morning and sent over their fact sheet and statement," Bergquist said in an email. "We are reviewing the proposal but have no position on it."

The alliance submitted its own comments that were supposed to be representative of its 12 members, including GM. Those comments broadly urged the Trump administration to set "achievable" standards that "advance environmental and energy goals while recognizing marketplace realities."

A source at a major automaker said he learned of the proposal by seeing GM CEO Mary Barra’s opinion piece in USA Today, while his colleagues were similarly caught off guard.

"We didn’t know about it ahead of time," he said. "I think their embargo lifted at 12:01. So we found out when everybody else did. I didn’t even find out until seeing Mary Barra’s op-ed. We just were caught off guard like everybody."

If other automakers had been alerted earlier, they could have lent their support to the proposal, said Dan Becker, executive director of the Safe Climate Campaign. The fact that they were notified at the last minute raises questions about GM’s intentions, he said.

"When they really want something, they know how to go about trying to get it," Becker said. "But they just sort of shoved this out there, pissing everybody off."

In another bizarre turn of events, industry and environmentalists are aligned in condemning GM’s proposal.

Tom Pyle, president of the American Energy Alliance, said his group opposes GM’s proposal because it amounts to a government handout for EVs. He also hinted that GM may be betting on Trump exiting the White House in 2020.

"GM’s proposal is a tacit admission that they can’t sell electric vehicles without government subsidies and mandates," Pyle said. "Politically, it is a thumb in the eye to President Trump, who is was doing exactly what the [automakers] wanted him to do when he reopened the unworkable Obama rule."

He added, "Their proposal, which is surely dead on arrival in the White House, would increase the costs of the vehicles GM sells that customers actually want to buy and stick it to taxpayers on top of it."

Environmentalists, for their part, blasted the proposal as a "PR stunt" aimed at distracting from GM’s lobbying in support of the rollback.

The CEOs of major automakers — including Barra — convened at the White House shortly after Trump’s inauguration to discuss softening the Obama-era car rules (Greenwire, Jan. 24, 2017).

More recently, in regulatory comments made public Monday, GM stopped short of opposing the rollback. The automaker instead said it supports an annual increase in fuel efficiency standards based on "historic rates."

Gina Coplon-Newfield, director of the Sierra Club’s Clean Transportation for All campaign, said in a statement: "With transportation accounting for more than one-third of our greenhouse gas emissions, the U.S. must continue its transition to clean, electric vehicles. However, General Motors’ proposal is a desperate attempt to distract from their support for Donald Trump’s efforts to roll back the clean car standards."

In addition, an analysis by the Union of Concerned Scientists found that GM’s proposal would be less effective than the existing ZEV program.

California and nine other states already participate in the ZEV program, which requires automakers to sell a certain number of electric cars and trucks. The number of vehicles is linked to the automaker’s overall sales within the state.

In its press release Friday, GM estimated that a nationwide program would put 7 million electric cars on the road and prevent 375 million tons of carbon dioxide from entering the atmosphere by 2030.

"It was clearly a PR stunt," said Dave Cooke, senior vehicles analyst at UCS. "I think they were trying to distract folks."

It remains unclear when GM began putting together the proposal or whether it came up during a meeting this spring with EPA air chief Bill Wehrum.

Wehrum met with GM representatives on May 18, according to his public calendar. He also toured a GM facility in Ann Arbor, Mich., on April 12.

E&E News submitted a Freedom of Information Act request for records about the May meeting. EPA’s FOIA office determined earlier this month that there were no such records.

That means EPA and GM may have opted to discuss the meeting over the phone, rather than sharing materials via email, said Jonathan Lubetsky, an EPA FOIA officer.

"The meeting invite itself, that’s on the calendar. But there wasn’t really anything else," Lubetsky said in a short phone interview this morning. "There wasn’t a paper record. We double- and triple-checked to make sure. I was surprised."