How growing up in the West shaped Bernhardt 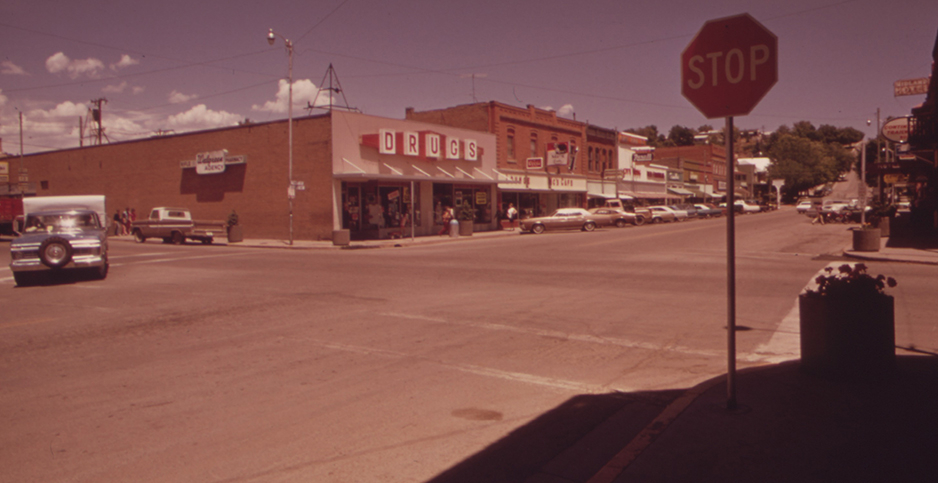 Raised in Rifle, Colo., a town of several thousand residents at the time, Bernhardt recalls hiking, hunting, skiing and horseback riding on the federal lands that dominate surrounding Garfield County. He recalls, as well, the region’s bleaker economic turns when energy booms collapsed.

And Bernhardt, who’s been around the political block with two prior Senate confirmations and years spent as a lawyer-lobbyist, knows how to spin a story about his regional roots.

But there’s more to the story.

Some environmental groups have denounced Bernhardt’s lobbying ties to the energy and water clients whose profits rise and fall on federal decisions. The acting secretary reportedly carries a small card with him listing his potential conflicts of interest, which have ranged from the Independent Petroleum Association of America and Halliburton Energy Services to the U.S. Oil and Gas Association.

"David Bernhardt’s nomination is an affront to America’s parks and public lands," declared Center for Western Priorities Executive Director Jennifer Rokala. "As an oil and gas lobbyist, Bernhardt pushed to open vast swaths of public lands for drilling and mining. As deputy secretary, he was behind some of the worst policy decisions of Secretary Zinke’s sad tenure."

As a child, Bernhardt spent time with his brother at their grandparent’s ranch in eastern Wyoming. Both parents worked. His mother, a Colorado State University graduate, was a real estate broker. His father worked as a county extension agent for the university.

"If we weren’t in school and my mom was working, we were with our dad doing whatever he was doing," Bernhardt said in his 2017 Senate confirmation hearing. "As a result, some of my earliest memories are of attending local water district or soil conservation district meetings."

As later recounted in a study by the Center of the American West, "Exxon officials outlined a grand $5 billion vision that proposed digging up to 6 of the world’s largest open pit mines, rerouting water from the Missouri River Basin for shale processing, and ultimately producing 8 million barrels of oil a day by 2010."

As an example, 16-year-old Bernhardt led an effort to create a teen center for local youth in 1985, when his hometown was still deep in the bust cycle, using an empty building, donated furniture and arcade games, according to an interview he gave to The Denver Post in 2006, ahead of his confirmation as Interior’s top attorney during the George W. Bush administration.

"The whole family was very smart, very interested in the community, good citizens all around," recalled George, who keeps in touch with Bernhardt and his brother. "You don’t have to be around [Bernhardt] very long to find out he’s really smart. But he’s a very charming, nice person, and very unassuming and eager to do."

Bernhardt left his hometown shortly after, leaving high school early and entering the University of Northern Colorado about 240 miles away. He became the university’s first student to be selected as an intern to the Supreme Court, an eye-opener for a small-town kid.

Bernhardt turned to the political arena when he returned home and took a job in George’s law office.

"It didn’t take him very long to do everything I’d asked him to do and look for more," recalled George. "I couldn’t keep him busy in our little law office." With Bernhardt pressing for more to do, George put him in charge of organizing his fledging first campaign for the state House.

It was George who would also recommend Bernhardt for the post that would ultimately bring him back to Washington, D.C., working on McInnis’ first bid for a congressional seat and then joining the staff of the conservative lawmaker.

"He’s just agreeable. He can get along with anybody," said George, who retired in 2017 after serving as president of Colorado Northwestern Community College. He added: "His other hallmark is he’s such a typical person from around here, in terms of integrity and forthrightness and honesty. It’s a tremendous accomplishment to be able to do that in the world he’s in."

McInnis likewise praised Bernhardt as "particularly gifted and bright" in a recent interview, but he also credited the Rifle native’s time in an area surrounded by state and federal public lands as integral to his worldview. During his time in McInnis’ congressional office, Bernhardt served as the staff expert on Bureau of Land Management issues.

"He’s got the core of it," McInnis said. "He’s not somebody who was named and didn’t have much experience in it."