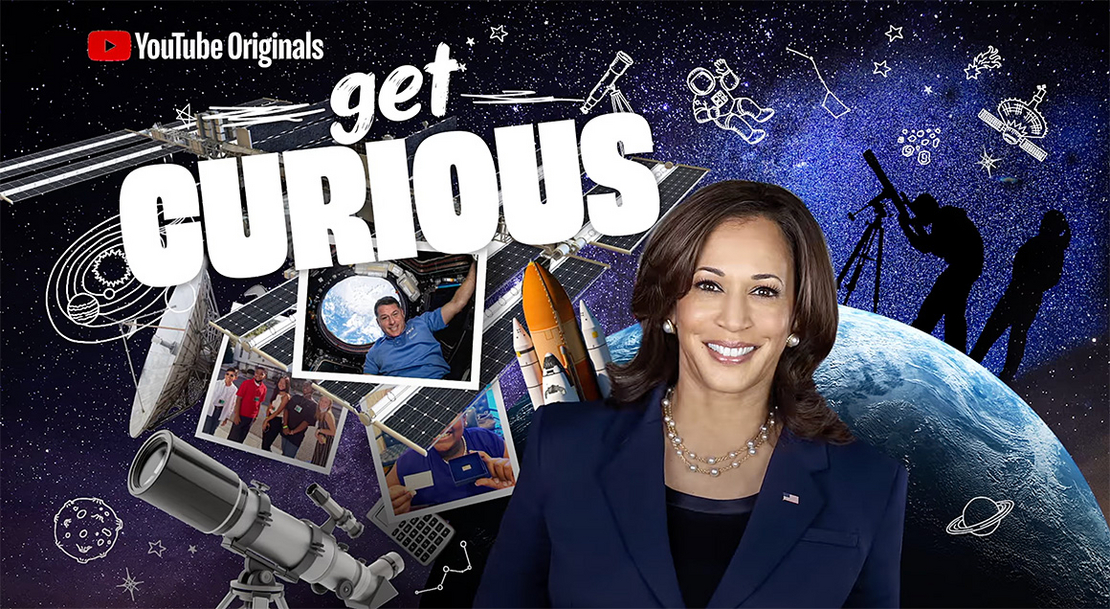 After a summer of tough headlines for Vice President Kamala Harris, her office drafted a carefully scripted plan to score positive coverage with the release of a video where she discussed space with kids.

The tentative plan: The “Today” show would broadcast the exclusive video. Jenna Bush Hager and Al Roker would announce future plans to interview the vice president about space. One of the kids who appeared with Harris in the video or a female astronaut could appear on a different morning show to draw attention to the YouTube special.

But after months of behind-the-scenes preparation and production, the rollout didn’t go as planned, according to emails recently obtained under the Freedom of Information Act. The vice president’s office is not subject to FOIA, so her aides’ communications with NASA surrounding the production and rollout of the space video offer an unusual glimpse into the inner workings of Harris’ office.

Days after the video’s release, Harris was at the center of a firestorm after reports surfaced that the child actors appeared alongside the vice president in the video. Conservatives like Fox News host Tucker Carlson and Donald Trump Jr. mocked Harris’ performance and criticized her for appearing with actors.

The controversy was noted by conservative publications as well as national news outlets like CNN and Newsweek. In Harris’ home state, the Los Angeles Times ran a story with the headline: “How Vice President Kamala Harris’ appearance on a kids’ YouTube special backfired.”

It came at a difficult time for Harris, who was already facing scrutiny after a series of stories that summer detailed reports of staff dysfunction within her office. By the fall, her office was seeking positive coverage about the video featuring Harris talking to kids about space, the emails show.

The video — a YouTube Originals production titled “Get Curious with Vice President Harris” — features five enthusiastic kids from around the United States arriving at the Naval Observatory, where Harris lives. They go on a scavenger hunt, look through the observatory’s telescope and speak to the vice president, who also chairs the National Space Council.

The video was months in the making.

In August last year, YouTube’s Doug Christman wrote to Brittany Brown, who heads NASA’s digital communications. He was hoping NASA would host the video when it launched in October. He also wanted to line up an astronaut to film clues for the kids during a scavenger hunt. “If there’s any way to have one of the astronauts in space record it, that would be a dream come true,” he wrote.

The team wanted to launch the video the week of Oct. 4 to coincide with World Space Week, the emails show. Harris’ aide Brenna Parker asked whether an astronaut could do “some sort of action (hand wave/backflip etc.).”

Brown later confirmed that astronaut Shane Kimbrough would take part in the video, in which he did a somersault from the International Space Station and told the kids how to construct their own telescope.

In late September, Ashley Etienne — Harris’ then-communications director — circulated a media rollout plan. It involved giving the “Today” show the exclusive right to air the special, regional press interviews with the kids featured in the special, and possibly having one of the kids or a female astronaut appear on a morning show other than “Today.”

Her plan also envisioned “Today” airing the exclusive special, with the hosts announcing that Harris would host a “Rising Stars” event and “call on Americans to go out and explore the night sky.” Hager and Roker could then announce that they would attend the vice president’s event and interview her.

Lauren Vrazilek, a producer for YouTube Originals who previously served as deputy press secretary to then-first lady Michelle Obama, replied with another detailed media rollout plan. It involved sending out embargoed press releases and “exclusive clips” to outlets like the “Today,” “People,” “Entertainment Weekly” and “ET.”

NBC did not respond to a request for this story about whether the “Today” show or its hosts were in touch with Harris’ office regarding the video.

Several news outlets previewed the Harris special. “People” ran a story on Oct. 5 with the headline: “Kamala Harris Will Host YouTube Special About Space Exploration: ‘We’re Going to Learn So Much.'” “The Hill” also previewed the video that day.

On Oct. 11, a television station in Monterey, Calif., reported about a local 13-year-old actor who had appeared alongside Harris in the video. Trevor Bernardino told KSBW Action News 8 he had to send in a monologue of him talking to get the part.

Carlson aired a clip of the video on Fox News later that day and criticized the appearance of an actor who had to audition for the role.

A CBS News reporter on Oct. 12 asked NASA for comment and additional background on the reports that child actors had appeared in the video. A Los Angeles Times reporter asked the next day whether NASA was aware that the children in the video were actors. That reporter also wanted to know why NASA hadn’t made it clear that the video wasn’t a NASA production.

An aide to the vice president — whose name was redacted in the FOIA document — wrote to NASA press secretary Jackie McGuinness, “Jackie thanks again for chatting — we’re waiting to hear back from our counsel on any advice here.”

A White House official told CNN last fall that the vice president’s office had not selected the kids who participated in the video. A YouTube spokesperson told the outlet that the company had selected the children.

All five of the children in the video were actors, Bernardino’s father, Carlo Bernardino, told the Washington Examiner last year.

Carlo Bernardino told the Examiner that the video was pitched to his son as a pilot, and he hoped the series would continue.

Harris’ office and YouTube did not respond to requests for comment for this story, including a question about whether the video was part of a series that would continue.

It does not appear as though any additional “Get Curious with Vice President Harris” videos have been released.