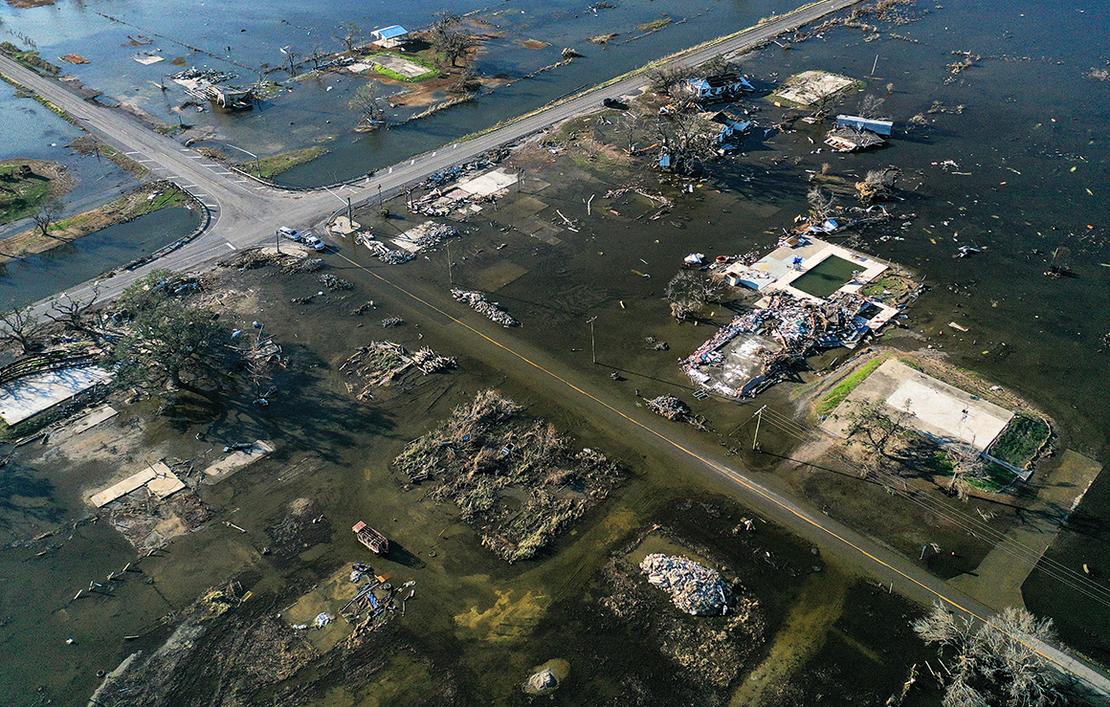 Hurricane activity is shifting worldwide in large part because of climate change. Cyclones are getting stronger, intensifying faster, dumping more rain and migrating into different regions of the oceans.

But global warming isn’t the only human activity at play. Air pollution also has a significant influence on hurricane formation, according to a new study.

Over the past four decades, air pollution has declined in Europe and the United States with the adoption of stronger air quality regulations. And it’s had an unexpected side effect. Decreasing pollution has caused an increase in tropical cyclone frequency across the North Atlantic.

At the same time, pollution levels have risen across much of South and East Asia. And that’s had an unexpected influence as well. Tropical cyclone activity has declined across the western North Pacific.

The new study isn’t the first to suggest a link between air pollution and hurricane activity. It’s well known that aerosols have a physical impact on the atmosphere.

Much of the pollution commonly produced by industrial activities actually has a cooling effect on the atmosphere, reflecting sunlight away from the Earth. In some cases, this effect can also alter the flow of air currents around the world.

Still, the new research, published yesterday by NOAA cyclone expert Hiroyuki Murakami, is one of the first to investigate the specific physical links between aerosols and hurricanes all over the globe, with the help of climate models.

At the same time, the warming also altered atmospheric circulation and reduced wind shear in the North Atlantic — changes in wind speed or direction that can inhibit the formation of storms. As a result, the frequency of Atlantic hurricanes grew.

Murakami also suggests that the warming in the Atlantic may have had even farther-reaching effects.

In the western North Pacific, on the other hand, increasing pollution levels had a different kind of influence. They had a cooling effect on the Asian continent, which caused a weakening of the region’s monsoon winds. The result: a decrease in the formation of tropical cyclones.

The research doesn’t suggest that reducing pollution is a bad thing. Declining pollution is associated with a myriad of health benefits and reduces deaths linked to poor air quality. Rather, the study notes that human activities can have a variety of unintended or unexpected side effects — and that communities should be prepared to confront them.

While the new study focuses on aerosols, it also points out that human-caused climate change is affecting hurricanes in other ways. And these effects are likely to increase as the planet continues to warm.

Research has found that warming is making cyclones stronger, increasing the odds that they’ll spin up into major hurricanes. There’s a greater risk that hurricanes will rapidly intensify, dramatically increasing in wind speed over a short amount of time. Studies have also found that hurricanes are moving more slowly, increasing flood risks. And they’re migrating closer to the poles, potentially putting more regions of the world at risk.

Studies focusing on individual storms have also found that some of the most severe hurricanes in recent years were worsened by climate change. The rainfall produced by hurricanes Harvey, Maria and Florence, for instance, was made more intense by the influence of global warming, studies show.