How much credit can Beyond Coal claim for plant closures? 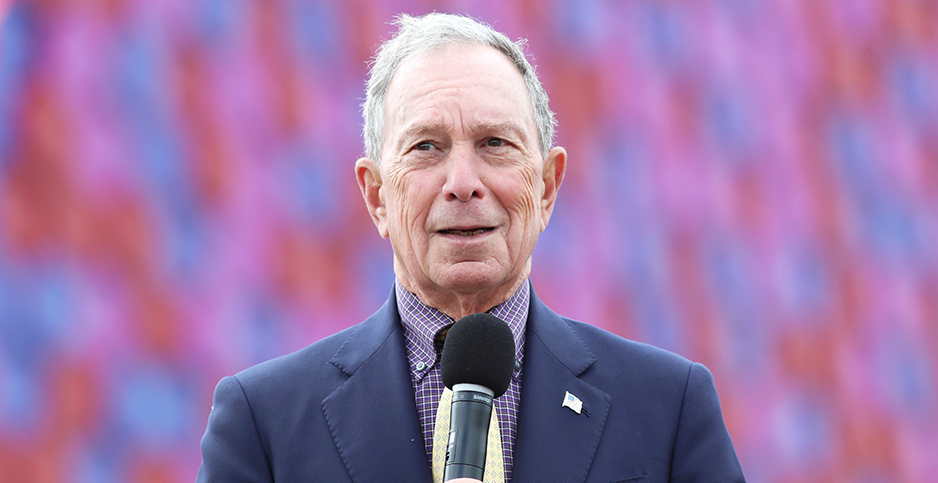 In 2011, when the Sierra Club and then-New York City Mayor Michael Bloomberg launched the Beyond Coal campaign, coal accounted for 42% of America’s power generation. Today, that figure is closer to 25%.

Now, the pair is aiming to finish the job. On Friday, Bloomberg announced he will spend $500 million to retire America’s remaining coal plants by 2030, halt construction of new natural gas plants and elect climate champions to public office as part of a new Beyond Carbon initiative. A press release touted it as the largest philanthropic climate donation ever.

"Our goal is to move the U.S. toward a 100% clean energy economy as expeditiously as possible, and begin that process right now," Bloomberg told graduates at the Massachusetts Institute of Technology, where he announced the initiative as part of a commencement address. "We intend to succeed not by sacrificing things we need, but by investing in things we want: more good jobs, cleaner air and water, cheaper power, more transportation options, and less congested roads."

Beyond Coal, operated as an arm of the Sierra Club, is fond of touting the number of plants retired since 2011: Some 289 of the 530 units in operation at that time are now closed. The campaign can claim some credit for the trend, but how much is difficult to quantify.

The Sierra Club dispatched advocates to legislatures and city halls across the country, making the case for closing coal plants and replacing them with renewables like wind and solar. Just as important: The group sent lawyers to public utility commissions where decisions about power plants’ futures are decided but where environmentalists are traditionally less of a presence.

"For many decades, the only entities that were showing up in those venues were the utilities, consumer advocates and the big industrial customers," said Mary Anne Hitt, who leads Beyond Coal. "There wasn’t a voice in those proceedings for the cutting edge of clean energy; there wasn’t a voice for dealing with the cost of coal ash or a changing climate. We got people involved, translated wonky language. We educated people on this is where important decisions about your energy future are made. It’s not in Washington, but in your state capital or maybe your city."

The advocacy has coincided with a technological and economic shift in America’s power sector. Horizontal drilling and hydraulic fracturing unlocked a torrent of cheap natural gas, pushing many coal plants into retirement. At the same time, technological advancements in wind and solar have seen the price of renewables plummet.

Hans Daniels, the CEO at Doyle Trading Consultants, argued that the group’s efforts would not have been as successful without fracking, which turned gas into a viable alternative to coal.

"They have certainly had an impact, but I think their impact has paled compared to cold, hard economics," Daniels said. "Natural gas is truly the fuel that has put the dagger into the heart of coal."

Gas and federal regulations like the Mercury and Air Toxics Standards played a large role in coal plant retirements across the country, said Leah Stokes, a professor who studies climate policy at the University of California, Santa Barbara. But she argued that environmentalists have played a critical role in states where utility regulators were inclined to favor existing coal plants.

She pointed to Ohio. In 2015, utility regulators there agreed to allow FirstEnergy Corp. to buy power from a subsidiary, which operated the company’s struggling coal and nuclear plants. That plan was blocked by the Federal Energy Regulatory Commission. Ohio regulators then approved a scaled-back proposal to help the utility with grid modernization. Environmental groups like the Sierra Club have cast the measure as a backdoor subsidy and mounted a legal challenge at the Ohio Supreme Court (Energywire, Jan. 10).

"I think economic factors can’t actually move all states’ utility mix," Stokes said. "It requires advocates to show up to PUC proceedings and do battle with utility executives who’d like to make profits off their existing fossil fuel infrastructure."

If gas has played a role in the retirement of U.S. coal plants, it is now firmly in climate activists’ crosshairs. Bloomberg’s new initiative will aim to halt construction of new natural gas-fired facilities.

Paul Patterson, a utilities analyst at Glenrock Associates, said environmentalists make formidable opponents, especially when it comes to permitting new facilities. But he said greens owe much to cheap gas for the current retirement of coal plants.

Economics are likely to similarly decide the fate of Beyond Carbon’s natural gas initiative, he said.

"The economics have been really favorable for renewables," Patterson said. "In the end, the technology has been one of the surprising sort of important things that led to this issue going forward."