How NEPA guidance could favor climate projects over ecosystems 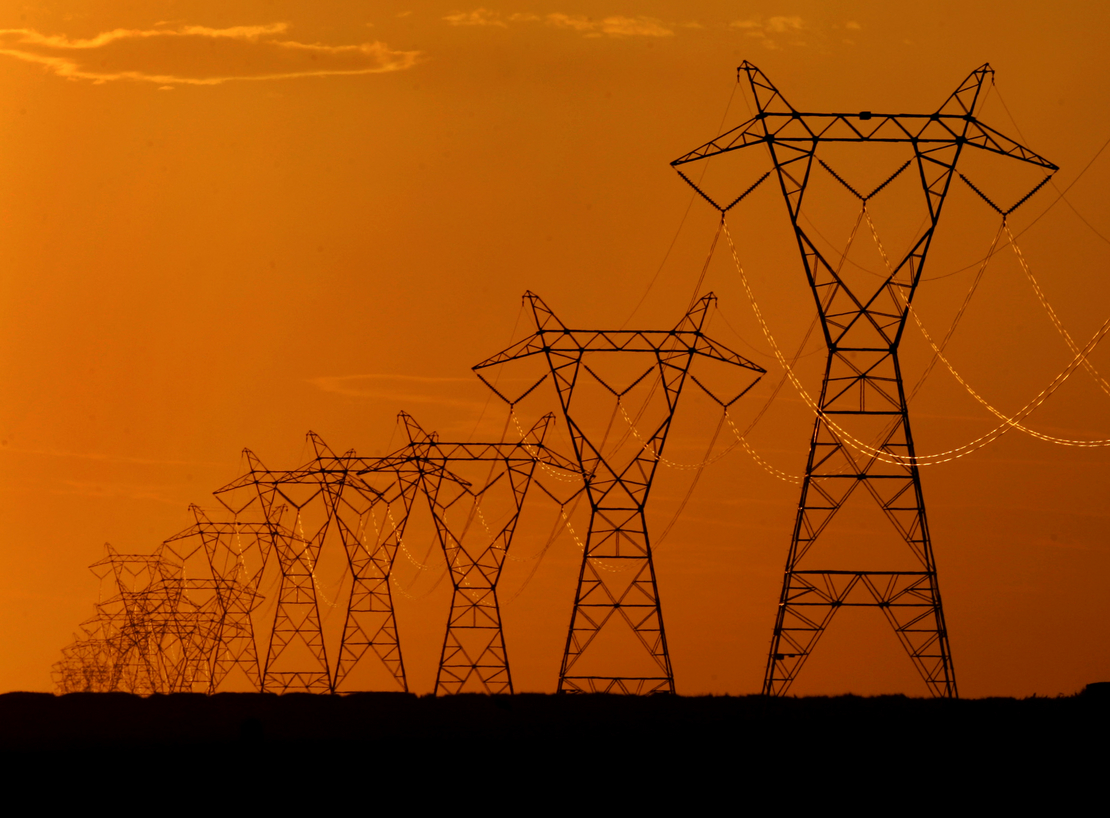 High-voltage electric transmission lines are silhouetted against the late day sky near a wind farm in Spearville, Kan. Climate guidance released by the White House could favor big infrastructure projects like transmission lines over environmental benefits like the preservation of wetlands. AP Photo/Charlie Riedel

The White House interim greenhouse gas guidance could amplify climate considerations in a way that overshadows other environmental benefits, like preserving forests and wetlands.

The draft document, which directs agencies on how to treat climate change when reviewing projects under the National Environmental Policy Act, could show that things like solar arrays and transmission lines are more beneficial than protecting trees or marshes because of their potential for large-scale carbon reductions.

That’s because the guidance includes for the first time a monetary test to measure the costs and benefits of a project. And it’s weighted toward lowering emissions, due in part to the Biden administration’s soaring damage estimates from carbon dioxide.

“The climate component winds up having more tangible weight,” said Christine Tezak, a managing director at ClearView Energy Partners LLC. “The greater the tangibility of the climate component is, the more easily recognized in terms of determining the public interest.”

The guidance comes as the Biden administration is advancing new social cost of greenhouse gas figures that reflect much higher costs to society for each incremental ton of carbon, methane and nitrous oxide that enters the atmosphere. President Joe Biden initiated a White House review of the metric on his first day in office, and EPA floated its own figures last year that would more than triple Obama-era values, to $190 per ton (Climatewire, Dec. 2, 2022).

In contrast to the previous NEPA guidance on greenhouse gases finalized in 2016, it gives agencies very little wiggle room to claim that a project’s aggregate contribution to climate change can’t be estimated. In the “rare instance” that tools and methodologies aren’t available to allow a permitting agency to quantify all the direct, indirect and cumulative greenhouse gas consequences, the guidance states, the agency should offer a range of values instead.

Once the greenhouse gases are known, it states, monetizing them using the social cost figures should be a “simple and straightforward calculation.”

That prompts some experts to wonder whether this step toward cost-benefit analysis as a feature of NEPA review might cause other priorities like forest preservation, waterways or biodiversity to suffer by comparison — and perhaps to be sacrificed for projects that promise large climate gains.

There are efforts afoot within the federal government aimed at quantifying other environmental values for use in decisionmaking. There are even some that assign monetary values to environmental goods like the preservation of wetlands. But those are typically cruder and more preliminary than the social cost of greenhouse gases metrics, which are the product of more than a decade of analysis using peer-reviewed models.

So it’s likely that some environmental impact statements may contain only one set of monetized figures — for greenhouse gases.

“From the NEPA standpoint, these numbers, these dollar figures tend to assume outsized importance,” said Ted Boling, who was a lead author of the 2016 NEPA guidance on greenhouse gases. “They just speak with such force — the number of jobs created, the number of homes that will be powered. It’s the number that sticks in people’s minds.”

Boling, who is now a partner at Perkins Coie LLP, called it “ironic” to see NEPA adopting some of the characteristics of cost-benefit analysis. The bedrock environmental law was enacted in 1970 to ensure that agencies would consider values that were at the time unquantifiable — like the environment — alongside traditional cost-benefit analyses that typically favored economic considerations.

“Having these cost considerations is one part of it, but let’s not throw the environmental baby out with the bathwater, because there are other values that need articulation,” he said.

The NEPA process doesn’t dictate whether an agency should approve or reject a project. But some experts say the presence of large climate numbers in a project’s environmental impact statement would be hard to ignore.

The siting of transmission lines or large renewable energy developments are the kinds of projects where climate goals may compete with other environmental priorities. Last year’s climate spending law, the Inflation Reduction Act, laid the groundwork for a boom in domestic renewable energy production, if power lines can be built to accommodate it. Experts say the United States must build out transmission lines more quickly than it currently does to realize the full climate potential of the law (Climatewire, Sept. 28, 2022). But proposed routes might come with other environmental downsides, like the disruption of scenic areas or wildlife habitat.

Boling is representing companies that proposed the Cardinal-Hickory Creek project, a transmission line from Iowa to southwestern Wisconsin that he says would support 127 renewable energy projects. The proposed route would cross the Upper Mississippi River National Wildlife and Fish Refuge. Yet Boling said it is crucial that environmental values other than climate be adequately reflected in an environmental impact statement. And he said agencies should not assume that all new renewable energy projects would have the same climate benefits.

Timothy Male, executive director of Environmental Policy Innovation Center, said it is doubtful that building social cost metrics into NEPA reviews would tip the scales too far toward climate concerns and away from other priorities. There’s no requirement that agencies choose the least-cost option or the one with the highest monetized benefits, he noted. NEPA requires only that agencies show they’ve considered all the potential impacts of a project.

Male, who served with Boling in the Obama White House, said agencies would raise environmental concerns that fall under their jurisdiction during interagency review, and suggest accommodations for them.

“We still obviously want to make sure that the direct, indirect and cumulative impacts to wildlife on the ground are firmly and adequately considered,” he said. “There’s nothing in this memo that, I think, detracts from that. And those are the requirements of the law.”