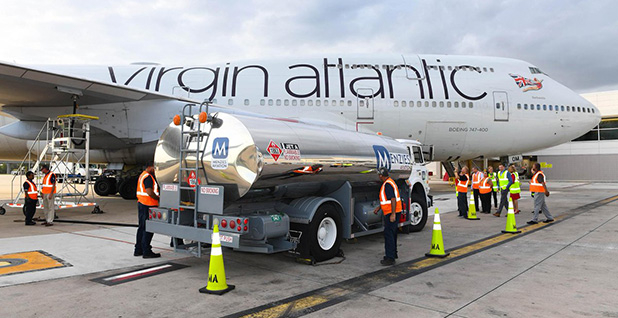 The first in a two-part series.

Political strategists have built an odd but durable alliance that is pioneering ways for U.S. companies to reduce carbon dioxide emissions. The uphill battle was born from the collapse of legislation in 2010 to cap carbon dioxide.

Congress teemed with a new class of Republicans a year later; many of them wanted concerns about climate change to die with the spectacular failure of cap and trade.

But two advocacy groups, the Center for Climate and Energy Solutions (C2ES) and the Great Plains Institute (GPI), stumbled across a political formula for survival. It was a federal tax credit called 45Q that gave companies incentives to store CO2 underground. It had been on the books for three years, but it wasn’t attracting investors.

As Jeffrey Bobeck, energy policy director for C2ES, recalled, 45Q was "something of an orphan." Oil companies wanted it because it helped them finance ways to pump more crude from old underground wells. C2ES was intrigued. Fixing 45Q might open the door to permanently storing more CO2 in rock formations underground.

"We’re not an environmental group," Brad Crabtree, policy director, noted in an interview. But GPI saw possibilities to create domestic jobs and income.

"Our bread and butter is to help different coalitions work together on challenging issues. Once we find some consensus, then we help them advocate it to government bodies," explained Crabtree. The two organizations formed a working group that held meetings in Washington, D.C., to explore whether other groups might help adopt the "orphan."

Getting an agreement seemed, at first, like a political fairy tale.

There were representatives of American oil companies that had pioneered uses for CO2 in the 1970s by collecting it, compressing it and then piping it underground to force oil from rock formations. That produced income, but the oil companies were concerned about the impending expiration of 45Q. An earlier Congress had put limits on the amount of CO2 that could be stored using the tax credit, at 75 million tons. And the threshold was about to be reached.

The working group included people from environmental groups, many of whom had spent years fighting Big Oil. Sitting beside them were representatives of coal companies. They wanted research incentives for taking CO2 out of the emissions stream at power plants and in other industries, a step that might help the coal industry survive.

Meanwhile, there was some promising research. Department of Energy laboratories found that the carbon in captured CO2 might be restructured into low-carbon fuels. That could begin to reduce emissions from the transportation sector, such as airlines and heavy-duty trucking. Those industries saw their futures threatened by laws that would tax carbon emissions.

The idea of pulling CO2 out of industrial emissions for use in new products found some traction.

"The beauty of it at the time was that you could build support for both products and infrastructure for managing carbon at a large scale, but still have the support of coal, oil, natural gas and other entities for reasons other than just emissions reductions," Crabtree said.

The result was a proposed amendment to 45Q that would raise the limits on the amount of carbon dioxide that the tax credit could be applied to. It also provided more incentives for recycling CO2 into new products. The consensus led the two groups to form the "National Enhanced Oil Recovery Initiative." The amendment was tailored to fit into the federal budget for 2012.

"It didn’t make it," recalls Crabtree. "But it gave the group confidence that having stayed together through some fairly challenging political discussions" it might work in the future. In all, he figures, "it was a pretty good first year."

The idea to fix 45Q went through three different iterations. Crabtree visited oil company representatives in Texas and sought opinions from members of Congress. The ideal bill, he concluded, would "have to be not only bipartisan, but would have to appeal fundamentally to conservatives."

The group discovered that it appealed to a number of companies considering new ways to use carbon dioxide. One of them was LanzaTech Inc., a Chicago-based company. It had plans for a low-emitting jet fuel that could be made from the carbon emissions of steel plants. The approach relied on biotechnology developed by a New Zealand scientist using aerobic bacteria initially found in rabbit droppings and catalysts developed by the Pacific Northwest National Laboratory (PNNL), part of DOE.

A two-step approach was focused on making a jet fuel that could substantially reduce CO2 emissions from transportation. That would be no small achievement. According to PNNL, 30,000 commercial flights take off each day in the U.S. During a 10-hour flight, a passenger jet burns 36,000 gallons of fuel, about a gallon every second.

There was a catch.

Making the new jet fuel uses carbon monoxide, which turns into carbon dioxide after it’s emitted. So the initiative agreed to a slight wording change that further widened the proposed tax credit.

The 45Q amendment also attracted fans in Texas. One company, NET Power, was planning a small natural gas-fired power plant in La Porte that would emit no carbon dioxide because it burns oxygen rather than air. That allowed its CO2 emissions to be easily collected and stored.

Bill Brown, the CEO of NET Power, wanted to take advantage of the modified 45Q to build a larger power plant by 2021 using the U.S.-engineered process to store carbon dioxide or to use it to make low carbon fuel. "We don’t like to rely on policy around here," Brown said. "We like to rely on science."

Roger Ballentine, a consultant to NET Power and former climate change adviser to President Clinton, said that Occidental Petroleum Corp. has since become involved with NET Power. "45Q is important," he stressed.

A coal-fired power plant owned by NRG Energy Inc. near Thompsons, Texas, was planning on using a Japanese process to capture an annual 1.6 million metric tons of CO2 and then pipe it 82 miles into a mature oil field. Partly the result of a $190 million grant from DOE, the hoped-for outcome was lower CO2 emissions going into the atmosphere.

Despite applause from the oil patch, the fate of 45Q remained a nail-biter right up to the end.

There were rumblings of discontent in the environmental community, which was deeply split. Some groups objected, others remained on the sidelines. After showing some interest, the Natural Resources Defense Council rejected the initiative.

"We don’t support fossil fuel subsidies, including subsidies for enhanced oil recovery that would conflict with the need to reduce our dependence on those fuels," explained Ana Unruh Cohen, NRDC’s director of government affairs.

Crabtree of GPI recalls watching the floor action in Congress on his computer screen at 5 a.m. on Feb. 9, 2018, when the omnibus budget bill came up for a final vote. This time, 45Q had made the cut. It had 24 co-sponsors in the Senate and 50 in the House.

He had the feeling that since 2010 the initiative had expanded its support in the middle of the political spectrum. But after more than nine years of failed amendments, Crabtree wouldn’t accept victory until he saw senators who had never agreed on energy issues voting for 45Q.

Two weeks later, there was a rally at AFL-CIO headquarters, where the National Enhanced Oil Recovery Initiative renamed itself the Carbon Capture Coalition, with the support of 50 groups and companies. They included Royal Dutch Shell PLC, the Clean Air Task Force, Arch Coal Inc., the National Audubon Society, Peabody Energy, the Nature Conservancy, the United Mine Workers of America, Occidental Petroleum and the Renewable Fuels Association.

The orphan had found a home.

There was even a kind of victory lap to celebrate the new life of 45Q during the era of the Trump administration. That came on Oct. 4, 2018. Two partners of LanzaTech — Boeing Co. and Virgin Atlantic — sponsored a commercial flight from Orlando, Fla., to Gatwick Airport near London. The jet’s tanks held the largest batch of low carbon fuel that LanzaTech had ever made. It came from the carbon monoxide emissions of a steel plant in China.

After reviewing the results of more than 100 tests, ASTM International, which sets the global standards for jet fuel, had allowed airliners to use up to a 50 percent mix of the new, low carbon and cleaner-burning fuel. One passenger on the flight was Sean Simpson, the co-founder of LanzaTech and a biologist. He had put together a way to use bacteria to ferment ethanol from carbon monoxide wastes in 2005, after an earlier company that he had worked for had gone bankrupt.

Seated next to him was John Holladay, deputy manager of energy efficiency and renewable energy at PNNL, where he helped a DOE team develop the catalytic process that turned the ethanol into jet fuel. During the flight, the two men talked about LanzaTech’s next steps, including a commercial-sized jet fuel plant in Georgia and perhaps one or more in England.

There were also potential new partners that showed the fuel can also be made from carbon emitted from an oil refinery in India, municipal sewage in Japan and agricultural wastes in California.

So far, according to LanzaTech, it has raised over $250 million from investors. "Having partners like this are really important," explained Holladay of PNNL. "We can see products that we’ve been working on can go out and get commercialized."

Next: Machines pull CO2 out of the air.