How oil companies could thrive under the climate law 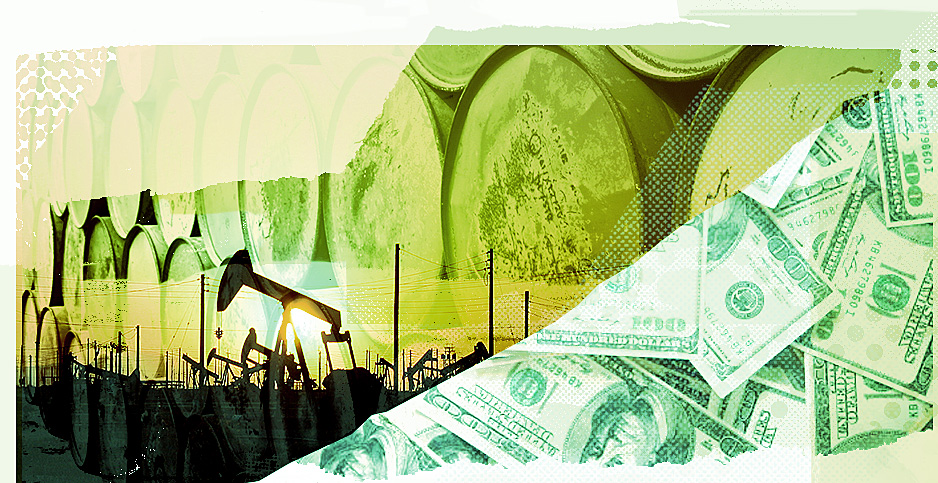 At first glance, the Inflation Reduction Act would seem like a financial problem for the U.S. oil and gas industry. The fine print suggests otherwise.

The bill, signed into law by President Joe Biden last month, imposes a new minimum tax on high-earning companies and a tax on corporations that buy back shares of their own stock. It came just weeks after top U.S. oil producers reported record earnings and billions in share purchases.

A funny thing happened on the way to the president’s desk, though. Lawmakers shaved off the tax provision’s rough edges and added a couple of breaks that will allow oil producers to benefit — potentially — from one of the industry’s worst-ever years.

“It gives them a gimme for one year,” said Trey Cowan, an oil and gas analyst at the Institute for Energy Economics and Financial Analysis, which aims to accelerate an energy transition.

The upshot is that some companies that lost money during the oil price crash of 2020 will be able to use those losses to ease their tax liability in 2022, when the industry has reported record profits. It’s unclear how many companies will benefit because many of them will pay their taxes under the conventional tax law, rather than the Inflation Reduction Act’s minimum-tax provision.

The new minimum-tax system requires corporations to pay their federal taxes based on their financial statement income, sometimes called book income. Companies that earn more than $1 billion will either have to pay their standard tax bill or 15 percent of their book income, whichever is greater, according to the text of the law.

But the law allows companies to take a couple well-known tax breaks when calculating their minimum-tax payments, including one that former President Donald Trump used in his real estate business. And it also calculates the $1 billion earnings threshold based on a three-year average, which could significantly cut oil companies’ liabilities for 2022.

Companies will be able to use a maneuver called the net operating loss carryover when they calculate their bills under the minimum tax. The loophole allows a company that has a loss in one year to “carry” the loss into a future year and reduce its taxable income by the same amount.

Those types of carryovers have been used for decades in the energy industry and other businesses. Trump declared a net operating loss from his casinos and other businesses of $916 million for 1995, which would have been enough to offset $50 million in income for the next 18 years, The New York Times reported.

The Inflation Reduction Act will allow companies to carry forward their book income losses starting at the end of 2019 and offset up to 80 percent of their company’s minimum-tax bill in any given year, said Wes Poole, Americas oil and gas tax leader at the consulting firm EY.

The law also allows a couple of other important tax breaks when calculating what a company owes under the minimum-tax provision. Companies can deduct the depreciation of their assets, and certain foreign taxes, both of which are important to the oil industry.

It’s unclear how much the industry could carry forward in offsets, but it’s potentially a large amount. Collectively, a sample of 36 top oil and gas producers lost $91 billion in 2020, according to research Cowan provided. Companies that wind up paying the minimum tax can also use any losses from 2020 to smooth out their tax bills for the next two years under the law’s averaging clause.

The new tax setup may leave the oil industry in a good position financially, even as questions remain about its business model and long-term decarbonization trends.

Analysts predict that major U.S. producers are headed for a lengthy period of high profits — and they’ve committed themselves to stock buybacks as a way to attract and keep investors.

Oil and gas companies will have to pay more taxes in some cases, but the overall impact of the tax changes may not be drastic, said Matthew Gardner, a senior fellow at the Institute on Taxation and Economic Policy.

“It’s going to be an important boost for the federal government, but it’s not going to transform the way oil and gas companies or any companies experience the corporate tax system,” Gardner said of the minimum-tax system.

The tax on share buybacks will require companies to pay 1 percent of the amount they use to buy back their own stock. Buybacks are popular with investors because they can help prop up a company’s stock price. A higher stock price also benefits the top managers at a lot of companies who may see significant compensation in shares and options to buy shares.

Exxon Mobil Corp., for instance, earned $17.9 billion in the second quarter of this year, and spent nearly $3 billion during the same period buying back shares of its stock (Energywire, Aug. 1).

Buybacks have been criticized by environmental groups and activist investors, who say it diverts companies’ resources at a time when they should be investing in new forms of energy.

The tax could force companies to move away from buybacks, Poole said.

“Companies may pivot to pay more dividends as a way to deploy capital,” he said in an email.

Oil industry reaction to the Inflation Reduction Act’s tax provisions has been mixed.

Exxon is “opposed to any taxes that make US businesses less competitive,” spokesperson Casey Norton said in an email. The American Petroleum Institute, a major industry trade group, said the taxes will increase energy costs at a time when consumers are paying higher prices for gasoline and diesel fuel.

Other oil and gas companies, including ConocoPhillips and Occidental Petroleum Corp., have said that the minimum tax won’t affect them because they’re already paying substantial taxes under the current system. And they’re intrigued by other provisions of the law, which would provide billions of dollars in incentives for technology and fuels that they’re already working on — everything from biofuels to capturing carbon dioxide (Energywire, Aug. 5).

The interplay between the tax implications and the incentives for clean energy will be important because it’ll shape how the industry spends a projected gush of profits over the next few years, according to the consulting firm Deloitte.

The industry’s exploration and production companies could produce $1.5 trillion in surplus cash by 2030, the firm said in a report last month. That’s enough to meet the industry’s core goals of paying down debt, rewarding shareholders with dividends and buybacks — and still invest in the energy transition, according to the report.

“To us, the big question is where will they invest, how will they move into clean energy,” said Jeff Wright, who leads the U.S. oil, gas and chemical tax practice at Deloitte.