How one fossil fuel company became a green giant 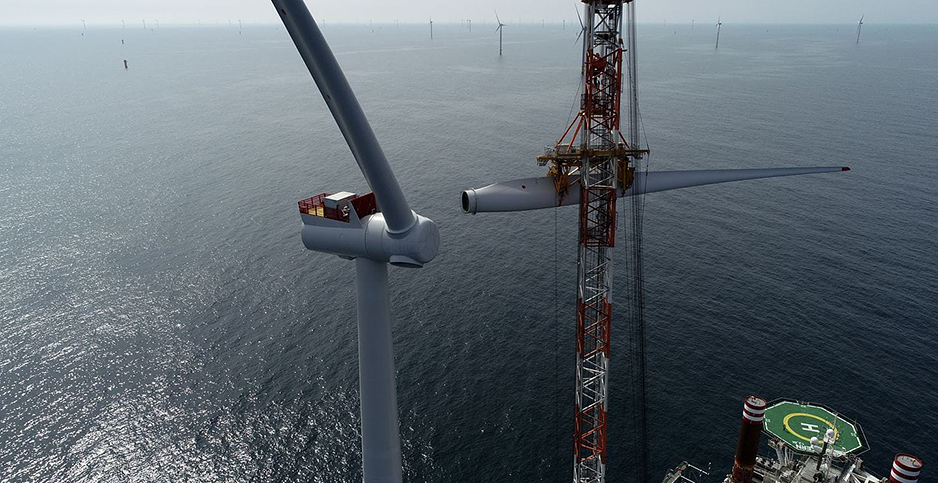 One of the first corporate energy transitions of modern times began with a failed stock listing.

In 2007, executives at Danish Oil and Natural Gas were planning to pitch their company to prospective investors as a fossil fuel behemoth. DONG — as the state-owned energy company was then known — had a small but growing oil and gas division, a natural gas distribution unit and a newly acquired utility business, which was pursuing plans to build a massive coal plant in Germany.

But plans to list the company on the Copenhagen Stock Exchange in 2008 were derailed by the global financial crisis, which forced company executives back to the drawing board.

There was another development, too. The failed initial public offering coincided with a flurry of new climate science and policy.

The U.N. Intergovernmental Panel on Climate Change reported in 2007 that human activity was "very likely" responsible for a warming planet, the European Union was ramping up plans to slash greenhouse gas emissions and Denmark was preparing to host global climate negotiations in 2009.

"It was a quite traditional strategy to grow the different parts of the value chain where we were present. And then came the whole theme of climate change," said Jakob Askou Bøss, a company executive involved in the IPO. "You have all of these different sources coming out saying, ‘Hey, this is not really long-term sustainable.’ I started reflecting, ‘Are we onto the right path here?’"

Today, a renewable energy giant stands in the place once occupied by a small fossil fuel company.

The old DONG moniker has been retired in favor of the name Ørsted A/S, a nod to the Danish physicist Hans Christian Ørsted, who discovered electromagnetism. Plans for the German coal plant were scrapped, most of its fossil fuel power plants were closed, and the oil and gas business was sold off.

The company is now a global leader in offshore wind development — accounting for 29% of installed capacity and projects under construction. Where fossil fuels supplied 85% of its energy in 2009, renewables account for 88% of its energy today. The company anticipates achieving net-zero energy generation and operations by 2025 and eliminating all emissions associated with its business by 2040.

"Ørsted is one we like to point to quite a lot when we’re thinking of what is the business of the future," said Max Weiss, an analyst at the CDP (formerly the Carbon Disclosure Project), a nonprofit that tracks corporate climate commitments.

More energy companies will need to follow in Ørsted’s footsteps if the world is to hold global temperature rise below 2 degrees Celsius by century’s end.

The question is whether the company offers a model for going green.

In the United States, 27 utilities have pledged to reach carbon free or net-zero emissions by 2050, according to the Smart Electric Power Alliance. That list includes major power companies like American Electric Power, Duke Energy Corp. and Xcel Energy Inc.

Ørsted offers a potentially tantalizing example. Its finances have benefited greatly from the shift, a stark rejoinder to long-standing arguments that swapping fossil fuels for renewables is a money-losing proposition.

The company has posted a profit every year since 2016, when it was listed on the Copenhagen stock exchange. It posted consecutive losses the three years prior. Offshore wind accounted for 60% of total revenues last year, up 17% in 2013.

Ørsted’s stock valuation, meanwhile, has taken off. Shares in the company have more than doubled since its listing in 2016, giving Ørsted a valuation of $56 billion. That is more than ConocoPhillips and all but a handful of American utilities.

Last year, a panel of judges at the Harvard Business Review ranked Ørsted as one of the top corporate makeovers of the last decade behind the likes of Netflix, Amazon.com and Microsoft. It was the only energy company on the list.

"It is at least very unique in that they have basically transformed themselves from an oil and gas producer into a full renewables producer," said Knut Slatten, an analyst who tracks the company at Moody’s Investors Service. "It was a risky bet that clearly paid off, and now they are well positioned to reap the benefit of future renewables development going forward."

Some aspects of Ørsted’s transition will be harder for companies to emulate than others. The company had a valuable first mover advantage in offshore wind, a product of decades of support from the Danish government.

Government backing also helped create a market for the technology when the price of offshore wind was extremely costly. Danish and British plans to meet the European Union’s emissions reductions with large amounts of offshore wind have spurred significant cost declines. A recent study in Nature found that offshore wind prices in Europe fell 12% annually between 2015 and 2019.

Ørsted also shows it is possible to remake a company via acquisition. Prior to 2006, the company was largely in the wholesale natural gas distribution business. But executives could see that demand for the company’s gas eventually would wane.

Meanwhile, its old monopoly on gas distribution in Denmark had been shattered by Europe’s push to liberalize the continent’s energy markets. Those factors pushed the company to acquire a series of small Danish utilities. Crucially, three of the utilities acquired by the company had experience in offshore wind. While offshore wind accounted for a sliver of the overall business, executives could see its promise.

"So we actually had quite a lot relative to the rest of the industry," said Bøss, who remains with the company and has helped oversee its transition.

"We had the basic analysis saying that if the world is going to transform to renewable energy, you would want something which is scalable, which you can build a large scale," he added. "You were running into land access issues at some point with NIMBY [not in my backyard] issues with neighbors. If you can do it offshore, you’re not going to have the same issues. Wind speeds and load factors are much higher offshore. So it’s a very potent renewable energy technology."

Oil companies in particular will need to follow the acquisition model if they are to become successful in renewables, analysts said. Most oil companies today lack proficiency in how to build, operate and sell electricity from a power plant.

But swapping fossil fuels for renewables promises to be a far larger and more complex affair for utilities and oil companies.

For one thing, Ørsted has long been owned by the Danish government, which established the company in the 1970s to reduce the country’s reliance on imported oil. The government retains a 50% stake in the firm. The decision to transition from fossil fuel to renewables notably was made before Ørsted went public in 2016 and with considerable government support.

Ørsted’s energy output is far less than that of major utilities and oil companies. Its 10 gigawatts of wind and solar make the company’s renewable fleet the fifth largest in the world. American utilities like Duke Energy and Southern Co., by comparison, boast total power generation fleets of 51 GW and 40 GW, respectively.

The story is similar in oil and gas.

Ørsted’s former oil and gas business pales in comparison to the likes of BP and Shell. Production from the company’s fields in the North Sea stood around 100,000 barrels per day, a tiny fraction of the oil majors’ output.

Untangling the fossil fuel assets of large utilities and oil companies will not be easy, said Richard Kauffman, a senior research scholar at Columbia University who chairs the green investment firm Generate Capital.

"You have a dynamic where the oil and gas companies are trying to sell their assets," Kauffman said. "They are selling in an environment of declining oil prices and uncertain about the long-term residual value of reserves. And who are they supposed to sell to when there is increasing pressure for divestment?"

As for Ørsted, it faces a series of challenges — not the least of which is oil majors’ growing interest in offshore wind. Shell recently beat out Ørsted in offshore wind auctions in Massachusetts and the Netherlands, and the Danish wind giant was shut out in the United Kingdom’s most recent auction in 2019.

In a recent earnings call, financial analysts peppered Ørsted CEO Henrik Poulsen with questions about how the company is positioned amid the growing competition.

Paulsen argued that exponential growth in offshore wind demand means Ørsted can lose out on more contracts while maintaining a healthy pipeline of new projects.

The company recently signed the largest corporate power purchase agreement in the world, a contract for 920 megawatts of offshore wind for the Taiwanese semiconductor maker TSMC, and holds contracts for 2.9 GW of offshore wind with American states.

Sam Fankhauser, co-director of the London School of Economics’ Grantham Research Institute on Climate Change and the Environment, reckons Europe’s move to tax carbon and support renewables are two of the biggest factors behind Ørsted’s shift. European businesses know it will cost more to use fossil fuels at a time when renewables cost less and less.

But Ørsted’s experience also points to a more basic lesson in how to transition a fossil fuel company to a renewable one.

"The first one is almost a strategic position, an understanding that climate change is real and you can’t lobby it out of existence," Fankhauser said.