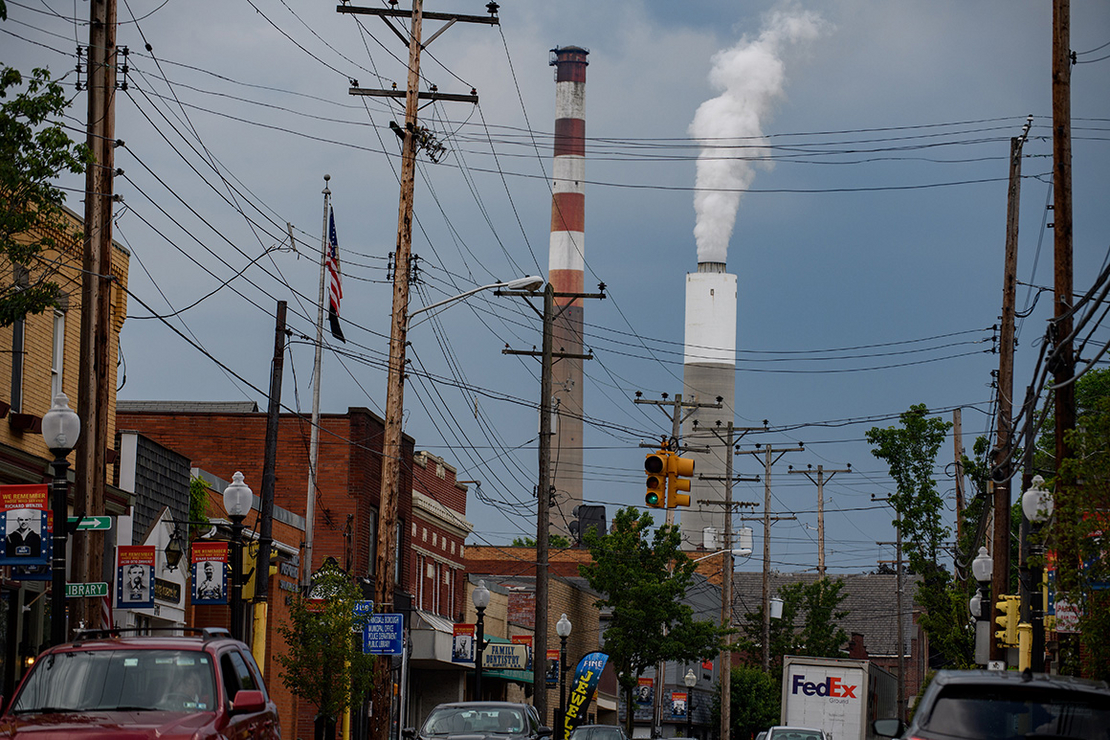 Officials with EPA were forced to be creative when a federal district court told the Biden administration last February to stop using a key metric to account for the economic toll of climate change in its rulemakings.

The legal injunction on the social cost of greenhouse gases, issued by the U.S. District Court for the Western District of Louisiana, was in place for only 33 days before an appeals court removed it. But that was long enough to change the DNA of a draft EPA rule for ozone pollution released in March.

It meant that the proposal couldn’t claim the monetized benefits of preventing the release of carbon dioxide as a byproduct of cutting other pollutants.

“EPA cannot present these monetized estimates in the analysis of this proposed rule at this time,” the rule’s regulatory impact analysis states, citing the Louisiana federal court’s injunction.

So instead of offering an accountant’s ledger with ranges of costs resulting from the release of a ton of carbon dioxide, EPA provided a narrative about the climate-related harms the Cross State Air Pollution Rule would help to avoid.

These included “changes in water supply and quality due to changes in drought and extreme rainfall events,” “flooding in coastal areas and land loss due to inundation,” and “increases in peak electricity demand and risks to electricity infrastructure.”

The draft rule and its regulatory impact analysis were released on March 11. When the 5th U.S. Circuit Court of Appeals lifted the injunction less than a week later, EPA issued an addendum reintroducing the social cost figures.

The episode showed how the legal fight over the social cost of greenhouse gases can hamstring federal agencies as they craft rules to address pollution and climate change. The injunction came as red states use the courts to prevent the executive branch from using the climate metric to justify rulemakings. The interim figure priced carbon at $51 a ton last year — a figure conservative lawmakers and their allies argue is inflated because it accounts for climate damages that occur outside of the United States.

The plaintiffs, led by Louisiana Attorney General Jeff Landry (R), have asked the Supreme Court to step in to reinstate the injunction, and it could issue a decision as soon as this week.

But the Cross State Air Pollution Rule also shows that the impact of removing the social cost of greenhouse gas figures from the Biden administration’s arsenal might not hobble future climate rules.

Losing the social cost of carbon “would complicate things,” said Max Sarinsky, a senior attorney with the Institute for Policy Integrity at New York University Law School. “But it would not be fatal. Climate regulation would continue.”

Still, the injunction was not inconsequential, and a court decision taking the social cost of carbon — and of methane and of nitrous gases — off the table forever could have a deeper impact on U.S. climate regulation if it made EPA officials more wary of defending a strong and expensive rule in court.

The Department of Justice filed a motion a week later declaring that work on a host of “rules, grants, leases, permits, and other projects has been delayed or stopped altogether so that agencies can assess whether and how they can proceed.”

Said DOJ in its motion, “the preliminary injunction has frozen, delayed, or derailed numerous activities of federal agencies that would have no impact on plaintiffs.”

The filing stated that the court’s injunction did delay work on a Bureau of Land Management onshore lease sale for oil and gas, because its analysis under the National Environmental Policy Act made use of the social cost estimates and had to be rewritten.

The current social cost figures aren’t final. The administration is using Obama-era figures adjusted for inflation while an interagency working group finalizes new estimates that incorporate research and analysis from the last decade. But DOJ reported that the interagency work had ground to a halt, and “even work with international partners may be adversely affected.”

In a separate filing a few days later, Dominic Mancini, the deputy administrator of the White House Office of Information and Regulatory Affairs, said the administration’s inability to use the interim greenhouse gas figures could hold up at least 38 rules at four government agencies (Energywire, Feb. 22).

When the 5th Circuit reversed the injunction, work on the final social cost figures resumed, according to EPA’s website. And EPA is free to use the interim figures in its cost-benefit analyses for rules even though litigation is continuing.

Environmental lawyers said they don’t expect the Supreme Court to step in with a new injunction, though they acknowledged that they didn’t see Cain’s decision coming either. The Louisiana decision was highly unusual, they note, because the interim social cost figures aren’t final, and they’re not a rule. In fact, they only apply to federal agencies themselves and not to the general public — or the states that the attorneys general represent.

The White House Office of Management and Budget, which oversees interagency review of regulations, didn’t respond to inquiries. And the Interior Department, EPA and White House referred questions to OMB.

John Walke, director of clean air and climate change at the Natural Resources Defense Council, said Cain’s decision was so “fundamentally flawed that there’s really nothing to salvage.”

But if the social cost of greenhouse gases were removed from the administration’s toolkit again, Walke said, EPA could simply offer the kind of qualitative explanation that it used in the cross-state ozone proposal. That wouldn’t require it to write a weaker rule, he said.

Robert Meyers, a partner at Crowell & Moring and a former EPA official under President George W. Bush, said the injunction had minimal impact on EPA’s ozone rule because the provision of the Clean Air Act governing the rule doesn’t target greenhouse gases, and it doesn’t allow standards to be based on cost.

But other rules might be vulnerable if EPA attempts to use qualitative analysis to justify more stringent regulatory options for addressing climate change.

“Nothing in law says you have to do a cost-benefit analysis. True,” he said. “But if you have to decide between alternatives, you have to have a reasonable basis for doing that.”

Sarinsky of the Institute for Policy Integrity said the social cost figures did offer a value for climate change that is commensurate with compliance costs.

“You can’t do that sort of apples-to-apples comparison if you’re simply comparing dollars to emissions in the analysis,” he said. “The comparison is less transparent. And as a result, it could potentially be harder to defend.”

But he noted that past administrations under both parties have promulgated rules without assigning numerical value to every cost and benefit, and the courts have generally upheld them.

The history of the federal social cost of greenhouse gases dates back to 2008, after the 9th U.S. Circuit Court of Appeals remanded a fuel economy rule back to the Transportation Department for failing to monetize CO2 emission reductions. But the Biden administration is the first to consider social cost figures in environmental assessments for oil and gas lease sales and in setting royalties.

The Bureau of Land Management’s environmental assessment for its first quarter 2022 lease sale for Montana and the Dakotas used the interim social cost of carbon to estimate that the proposed sales could cost society up to $131.6 million in overall climate damages.

The idea of basing royalties in part on the social cost figures was introduced in President Joe Biden’s executive order on climate change one week after his inauguration last year. It tasked Interior and other agencies with conducting an analysis to “consider whether to adjust royalties associated with coal, oil, and gas resources extracted from public lands and offshore waters, or take other appropriate action, to account for corresponding climate costs.”

Brian Prest, an economist at Resources for the Future, said the effect on U.S. oil and gas production of using the social cost of greenhouse gas figures is “an open question.”

“I suspect that most of the pressure on the administration to reduce the sales is more about campaign pledges than necessarily a particular calculation around emissions impacts,” he said.

“If the social cost of carbon is kind of pivotal in determining how many leases were affected, then sure, sort of tossing it might mean more leases on federal lands,” said Prest, who wrote a peer-reviewed paper on the subject.