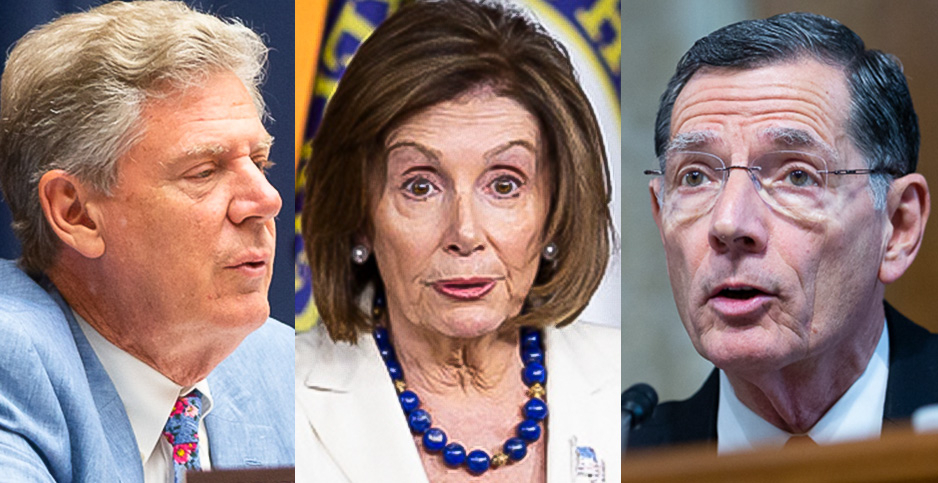 Before Democrats managed to secure provisions to address a class of toxic chemicals in an annual defense measure, negotiations fell apart at the hands of their own members.

For months, Democrats pushed to attach provisions in the National Defense Authorization Act that would designate a class of 5,000 toxic chemicals, known as per- and polyfluoroalkyl substances (PFAS), as hazardous.

But a final NDAA bill, likely to emerge today, will only include relatively minor measures against PFAS. And Democrats will keep looking to pass tougher standards in a divided Congress and with Senate Republicans deeply skeptical of hurting chemical companies.

The compromise that lawmakers were nearing would have required EPA to designate two types of PFAS as hazardous and would have tasked EPA with setting strict drinking standard to regulate the chemicals.

Those talks fell apart late last week much to the dismay of environmental groups and lawmakers who thought compromise was at hand (E&E Daily, Dec. 6).

House Energy and Commerce Chairman Frank Pallone (D-N.J.) settled the issue. The provisions under discussion were too weak, he thought, so negotiators might as well call it quits in the NDAA.

Some House Democrats were concerned the hazardous designation didn’t go far enough. And even though the Senate NDAA had a bipartisan EPA drinking water standard, Pallone argued the maximum contaminant level was too high.

"This week, Democrats and Republicans were finally close to a good deal on PFAS provisions, but in a rush to quickly pass the NDAA, Chairman Smith — at the behest of Rep. Pallone — unilaterally took PFAS off the negotiating table," according to a source familiar with the NDAA negotiations.

PFAS are used in many consumer products such as waterproof clothing and kitchenware because of their water resistance and nonstick properties. But numerous studies now link the chemicals to health problems such as thyroid issues, birth defects and some cancers.

The military has long used PFAS in firefighting foam, which has left sites polluted around the country. That’s why regulating the chemicals through the NDAA was so attractive.

Threats from both sides

In recent weeks, Inhofe raised the likelihood of a "skinny" NDAA, which would only include key Defense Department authorities and not include any PFAS measures (E&E Daily, Oct. 30).

"We had strong House provisions on both the standard for drinking water and for cleanup of toxic waste sites," Pallone said last week. "They wouldn’t do it."

As Pelosi returned from a United Nations climate summit in Madrid last week, the PFAS under consideration were weaker than provisions in the Senate NDAA.

Pallone argued Senate Republicans mostly agreed to monitoring and reporting of the chemicals, "but they weren’t willing to do the standards of the cleanup."

A committee aide also said that Republicans would not agree on any House negotiations. "So the idea that Pallone is the one that walked away is just not true," the aide said. "He was the one who was trying to negotiate."

The five PFAS-related measures in the final House-Senate NDAA are mostly reporting and guidance provisions for disposing of the chemicals.

One would require reporting of about 200 types of PFAS under the Toxics Release Inventory list starting in January and for EPA to use a formal rulemaking process when deciding to require similar reporting in the future.

Another would have EPA finalize its 2015 proposed Significant New Use Rule for long-chain PFAS by June 2020 under the nation’s bedrock chemical law known as the Toxic Substances Control Act. There would also be funding for PFAS research and monitoring.

‘Flies in the face of our obligation’

Carper worked to spur negotiations to designate two types of PFAS, known as PFOA and PFOS, as hazardous substances.

"Similarly, the insistence by some senior House Democrats to remove a bipartisan Senate provision adopted on a 100-0 basis to require a drinking water standard for these harmful chemicals flies in the face of our obligation to protect every American’s right to have access to clean, drinkable water," Carper said in a statement.

Other lawmakers blamed the lobbying by the chemical industry for the failed talks. Disclosure documents have shown strong lobbying on PFAS since it became a major congressional concern (E&E Daily, Feb. 5).

"The American Chemistry Council probably has something to do with it," Rep. Jared Huffman (D-Calif.) told reporters. "Let’s just say that."

Another congressional aide said Pallone also disagreed with negotiators and wanted to pass a stronger stand-alone PFAS package through the House.

But the bill is likely dead on arrival in the Senate, which is why so many lawmakers saw the NDAA as an opportunity to quickly pass PFAS legislation.

Environment and Public Works Chairman John Barrasso (R-Wyo.) warned that Democrats should take the PFAS deal that passed through the Senate rather than risk losing all the provisions.

"So when you take a look at [it], half a loaf is better than none," Barrasso said.