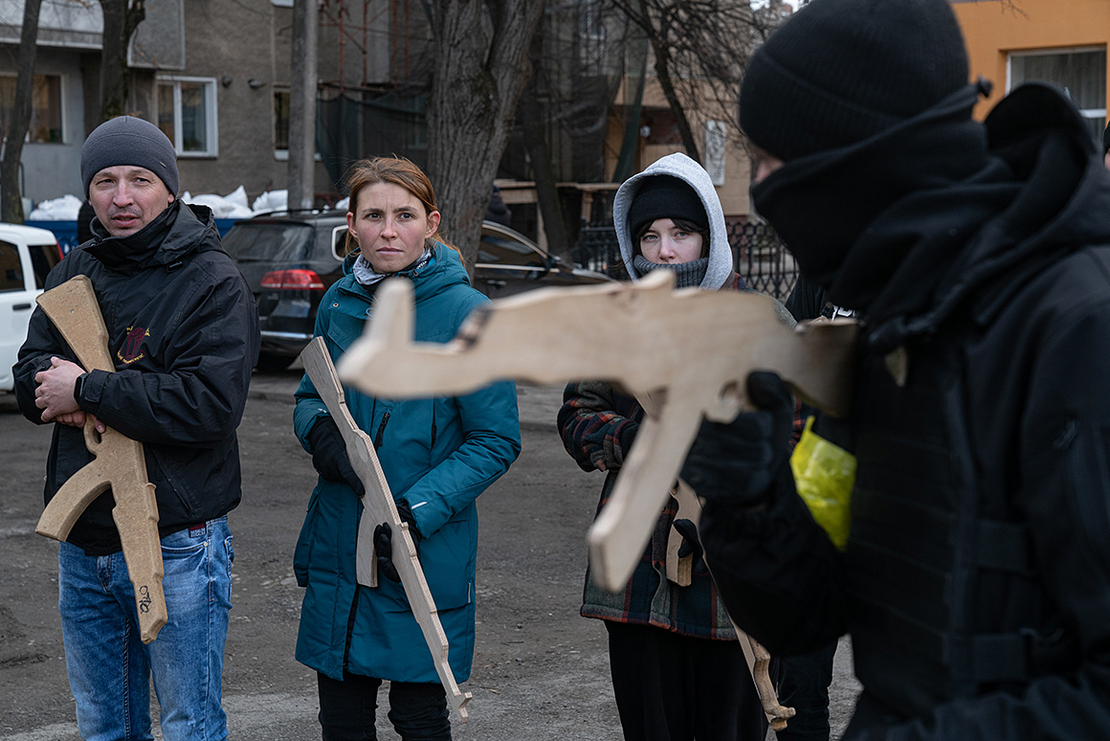 Since last summer, Manchin has pointed to two main reasons he opposed trillions of dollars in new spending: It could worsen inflation, and it could drain resources needed for a geopolitical crisis. He has also argued that the bill’s clean energy policies would leave the U.S. at the mercy of foreign supply chains.

For months, Democratic Party leaders and left-leaning economists rejected Manchin’s concerns as misguided. The White House argued Biden’s bill would cut inflation, not boost it, especially by investing in U.S. supply chains. Democrats hoped that Manchin would come around as inflation inevitably tapered.

Now, the Russian invasion promises to make inflation worse — at least in the short term, experts said. That could make it harder for Democrats to persuade Manchin to support the next iteration of “Build Back Better,” some said, especially as the Ukraine crisis roils energy prices.

About 10 percent of global oil supply comes from Russia, and the country’s also an important producer of the metals needed for renewable energy, like copper and nickel.

Russia’s invasion offers a rationale for Manchin to follow the oil and gas industry’s preferred policies — more extraction — while feeding into his critique of Biden’s climate bill, said John Kilwein, who chairs the political science department of West Virginia University.

“He and anybody who wants to shoot it down, they hold all the cards now,” Kilwein said of climate legislation.

Western governments have taken pains to exclude energy from their sanctions on Russia. But the cumulative effect of cutting off Russia’s financial sector would likely spill into energy prices, experts said.

In particular, Western sanctions on Russia’s central bank have essentially frozen its foreign reserves, leaving it unable to prop up the ruble. The value of Russia’s currency plunged yesterday by about 30 percent.

That could wreak havoc on the Russian oil and gas industry. Already, BP has announced it would exit its 20 percent stake in Rosneft PJSC, which comprised more than half of the British company’s oil and gas reserves.

“Currency is the blood that flows through the global body,” said Al Salazar, vice president of intelligence at Enverus, which tracks oil industry data. “And if you’re beginning to see the currency [restrictions], then you’ll have this spillover effect to other areas.”

Even before the invasion, energy prices were the main driver of U.S. inflation. The cost of energy rose 27 percent over the past year, according to the Bureau of Labor Statistics, while the top-line inflation rate was 7.5 percent.

That promises to continue. Oil prices have jumped, with West Texas Intermediate crude futures yesterday closing near $96 a barrel, up from about $76 at the beginning of January.

There’s room for those prices to go even higher, Salazar said. OPEC, the cartel of oil-producing nations, has failed to meet its production benchmarks for months. And most other sources of oil are either already producing near capacity or will take significant time to come online.

“The market’s staring at a situation where inventory’s low,” Salazar said. Expectations for U.S. drilling this year are “pretty robust,” he added, “but at the end of the day, we need barrels today. And OPEC is having problems supplying.”

Russia and Ukraine are also important agricultural producers. Together the two countries account for about 30 percent of global wheat exports. They also export about 75 percent of the world’s sunflower oil.

The war has already caused a jump in the price of wheat futures. That market is extremely tight after severe droughts across North America and other breadbaskets last year.

But the war’s impact on agriculture might not trickle down to consumer prices for a while, if ever, said Will Osnato, a senior research analyst at Gro Intelligence, a data analytics company.

That’s because unlike the droughts that gripped the U.S. and other breadbaskets in recent years, the Russian war is merely disrupting supplies, not destroying them.

“The prices on a day-to-day basis are absolutely going to move with the conflict,” he said. “But the actual supply of grain isn’t going anywhere. The conflict won’t prevent farmers from farming or harvesting, most likely — it hasn’t in the past.”

Here, too, the currency situation matters.

Russia and Ukraine historically had an edge in commodities markets, because the Russian ruble and Ukrainian hryvnia’s weakness against other currencies acted like a discount for foreign buyers, Osnato said.

So as the ruble tumbles, Russia could possibly use that dynamic to ship even greater amounts of wheat, he said.

Manchin, for his part, has condemned the Russian invasion and called for “crippling sanctions.”

In the past, he suggested the U.S. might need to draw on its full economic power to counter Russia (and China and other potential threats).

“Democratic congressional leaders propose to pass the largest single spending bill in history with no regard to rising inflation, crippling debt or the inevitability of future crises,” Manchin wrote in a September op-ed for The Wall Street Journal, pointing to what he called an “inflation tax.”

He redoubled those critiques when he announced his opposition to the “Build Back Better Act.”

“If enacted, the bill will also risk the reliability of our electric grid and increase our dependence on foreign supply chains,” Manchin said in a December statement.

“We are also facing increasing geopolitical uncertainty as tensions rise with both Russia and China,” the senator said. “Our ability to quickly and effectively respond to these pending threats would be drastically hindered by our rising debt.”