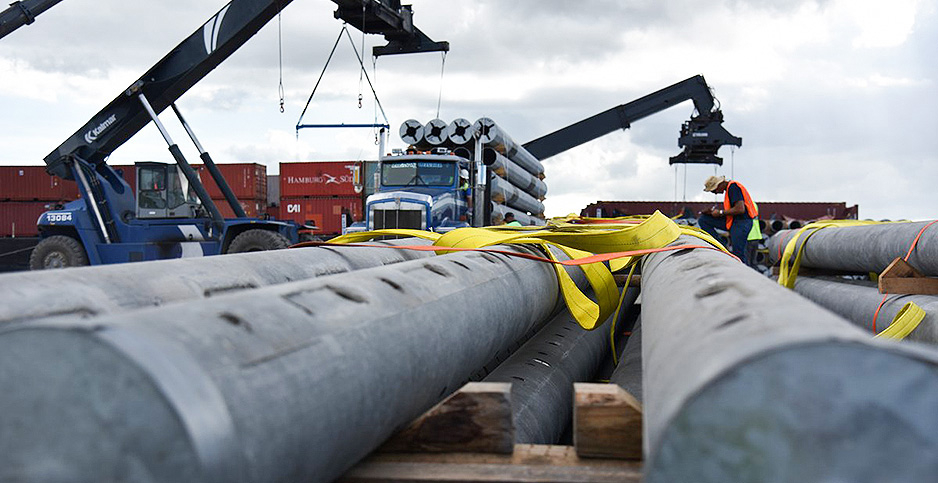 Naranjito is a municipality of Puerto Rico, known for its coffee and tobacco farms, that was hit hard by Hurricane Maria. Its mayor, Orlando Ortiz Chevres, was glad to see 50 repairmen hired by the Army Corps of Engineers arrive last month to get the lights back on.

But despite the long hours they worked, and the shiny trucks they had shipped from the mainland, the electric service returned with agonizing slowness. Ortiz started asking the crews what the holdup was.

The answer? "The transformers, the cables, they don’t come," he said. "Everyone’s answer is that they don’t have the materials to continue with the work assigned."

Ortiz had discovered the biggest problem retarding the repair of the electric grid in Puerto Rico: a persistent shortage of supplies. Those involved in the recovery say that an epic difficulty in obtaining poles, wires, transformers, and even bolts and nuts has frustrated repair crews at every turn.

The result is that the $1.9 billion spent by the Trump administration on the grid recovery has accomplished less than it could have.

Last week, the Army Corps’ main contractor, Fluor Corp., announced it would start to scale back its presence on the island because much of its $794 million contract has been spent. Perhaps not coincidentally, its crews and those of MACTEC, one of its subcontractors, rolled out of Naranjito last week, despite the fact that 35 percent of the municipality is still without power.

Some reasons for the slow pace of Puerto Rico’s recovery are well known, while others are barely known.

The island sits 1,000 miles from the mainland, and its infrastructure was so thoroughly damaged — power lines downed, bridges washed away, cellphones dead — that delays in one area prolonged those in others.

"When you’re on an island, it’s not like it’s FedEx and it’s next-day delivery for a connector," said Andrew Phillips, the technical director of substations and transmission for the Electric Power Research Institute, which has been advising repair crews.

But the supply crunch has another, ironic cause.

Maria, arriving in October, was among the last of a string of catastrophic natural disasters in 2017, including Hurricane Harvey in Texas, Hurricane Irma in Florida, and severe and deadly wildfires in Northern California.

This meant that when Puerto Rico was in its hour of need, the mainland’s warehouses had already been emptied of poles, wire and other critical supplies by other needy power companies.

"As you look at the number of natural disasters over the past six months — Hurricanes Harvey, Irma, Maria, and the wildfires of the Northwest, Northern California, Southern California — utility companies, electrical warehouses and manufacturer supplies are low," Jay Woods, Army Corps spokesman, wrote in an email.

The factories that supply the power industry — like Hubbell Power Systems Inc., a bolt and connector supplier with locations in South Carolina and Missouri, and Southwire Co., a maker of conductors and wire with locations across the South and Midwest — were already producing to the limit before the Army Corps started requesting supplies for Puerto Rico.

The recovery effort has come up short on not just big pieces, like poles and wires, but conductors and insulators. An especially critical bottleneck has been transformers, which take six to eight weeks to fabricate.

Small stuff has also been scarce.

"Simple things you wouldn’t think would be hard, like bolts and nuts and washers. For some reason they were in short supply," said Paul Vasquez, a distribution electrician supervisor at Austin Energy, the Texas utility, who was deployed to Puerto Rico last month as a logistics coordinator.

The crunch has eased, the Army Corps said, as supply kinks have been straightened out. Meanwhile, the power situation continues to improve. Yesterday, more than five months after the hurricane hit, PREPA reported that almost 85 percent of its peak load has been restored to pre-storm levels.

But shortages remain the biggest brake on the recovery. Part of the reason is that the damage of Maria was so widespread.

Electrical supplies are delivered from the mainland via barge, crossing at least 1,000 miles of ocean, a journey of eight to 14 days. Those barges arrive in the southern port of Ponce, which is the entry point for all shipments to the Army Corps, which is charged by the Trump administration with the grid rebuild.

Then supplies make their way to the areas still without power, which are mostly mountainous areas with narrow, curving roads, some still damaged by the hurricane’s landslides.

Puerto Rico can take small consolation in that the electrical equipment being erected on the island is about as new as can be.

‘Recycling what they find in the streets’

What Naranjito reported has also been experienced by other parts of the island, such as Barranquitas and Orocovis, two municipalities in the mountainous center of the island.

With few new materials to work with, crews from both the mainland United States and PREPA have just made do with what they find on-site.

"Right now, these workers told me that they are recycling what they find in the streets because they don’t have materials to work with," said Arnaldo Garcia, a local journalist working with the municipality’s government of Orocovis.

The steep terrain, the twisting ribbons of roads and the extent of the damage have made these mountainous regions the hardest to repair. The Army Corps has said it expects to get 90 to 95 percent of power restored by March 15. It is these municipalities, which are also among the island’s poorest, that are likely to be the percentage left over.

In Orocovis, only five of the area’s 17 neighborhoods had most of their electric service back earlier this month. About 75 percent of the other neighborhoods are "without a single lightbulb working," according to Garcia. About 20 percent of the population is still without running water because water pumps are unpowered.

As in Naranjito, the recovery in Orocovis has happened very slowly, with crews taking two months to restore 20 to 30 percent of the electricity, according to the mayor, Jesús Edgardo Colón Berlingeri.

That situation was familiar to Vasquez, the employee of Austin Energy who worked in logistics in the recovery. "Anytime there was an opportunity to reuse materials, they would do that," he said. "You had to be creative about how you get that material, and sometimes it’s a matter of taking old material apart."

While everyone likes the concept of recycling, it also meant that work was progressing more slowly than it was otherwise.

"I think if they had all the material on hand they would have improved the power a lot, but because they didn’t have it, I would guess that 50 percent of their time was lost," Colón said.

Another factor slowing the recovery has been a rocky supply relationship between the Army Corps and PREPA. The friction broke into the open on Jan. 6, when the Army Corps participated in an armed raid on a PREPA warehouse.

That incursion, first reported by The Intercept, occurred because the Army Corps learned during a meeting a day earlier that PREPA had been hoarding supplies there, according to Army Corps spokesman Woods.

Woods added that Army Corps workers took possession of the supplies, inventoried them and assigned dollar value to their contents so PREPA could be paid back by the Federal Emergency Management Agency, which is leading the overall disaster recovery for the Trump administration.

Meanwhile, PREPA and Puerto Rico’s governor, Ricardo Rosselló, frequently criticize the Army Corps for the slow pace of electricity recovery. Last week, according to Telemundo PR, PREPA said the Army Corps is to blame for the 424 stoplights that are still dark on the island.

Despite the conflict, the Army Corps is publicly upbeat about its relationship with PREPA. The two operate a joint command center at PREPA’s headquarters.

"Every day that goes by that we don’t get the lights on, it just motivates us to keep going, because we know there’s a family out there that isn’t back to normal, that hasn’t had their lives restored to what they had before the storm. We will continue to make a difference every day with our partners," Woods said.

"To further clarify," he added, "[the Army Corps] still has not been provided an accurate full inventory of PREPA materials on the island."

Meanwhile, back in Naranjito, the slow pace of recovery is poised to become a lot slower. When the crews from Army Corps contractor Fluor left last week, the only repair staff remaining were 15 workers from PREPA and six trucks, said Ortiz, the mayor. One of the municipality’s barrios, Guadiana, with a population of over 3,000 people, has only 10 percent of its power — exactly where it was right after the storm hit.

The Army Corps "wasted their money because the crews didn’t finish their work," he said. "Without the help, we’re going to have to wait."