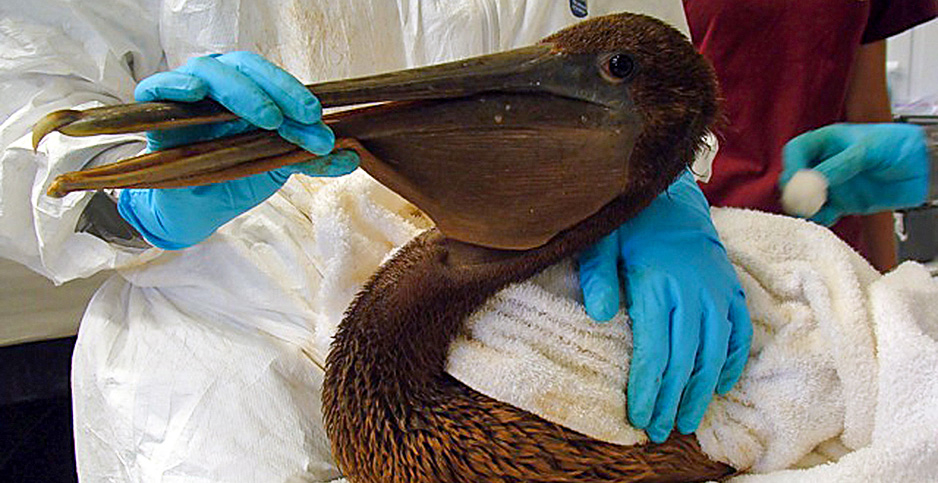 Cruden, the top attorney in the Justice Department’s environmental division, was being asked to brief the president on the proposed settlement of the government’s case against BP PLC for the Deepwater Horizon oil spill.

And Cruden told Obama that because of the settlements’ terms, the bulk of the money would effectively flow to the Gulf of Mexico and its coast.

"I said, ‘This will be a legacy item for you,’" Cruden recalled. "It is something to be proud of, because it will work."

It wasn’t easy. DOJ had to consult multiple federal agencies, coordinate with the five Gulf Coast states and prosecute BP under provisions of laws that had never been tested on this scale before.

Legal experts said that may be the biggest regulatory legacy to come out of the Deepwater Horizon accident since Congress did not pass any new environmental protection laws in the spill’s wake.

News footage broadcast the rig’s inferno, then images of pelicans doused in oil, dead fish and crabs, and an oil sheen that stretched for miles.

"We will fight this spill with everything we’ve got for as long as it takes," Obama said in a national address June 15, 2010. "We will make BP pay for the damage their company has caused."

DOJ ultimately brought the heftiest charges under the Clean Water Act and Oil Pollution Act, a law that was passed after the 1989 Exxon Valdez spill in Alaska’s Prince William Sound.

In September 2014, Barbier sided with DOJ, finding that BP’s actions leading up to the spill constituted gross negligence. Then, in the second trial, he came down between DOJ’s estimate of how many barrels spilled — 4.19 million — and BP’s — 2.45 million — to put the company on the hook for 3.19 million barrels.

"The big thing that pushed the settlements was that the judge assigned a magistrate judge and said, ‘Go get these settled if you can,’" Schiffer said.

Previous settlement discussions had failed. But after the first two trials, they began again between Cruden and BP’s leadership.

The settlement’s most enduring impact is its deterrent effect.

"A company who is going to drill in deep water has to know that if they don’t do it in a responsible way, they could have to pay a lot of money," Schiffer said.

That’s particularly true for the Deepwater Horizon spill because Congress did not pass any legislation adding environmental protections for offshore drilling — like it did with the Oil Pollution Act after the Exxon Valdez spill.

Cruden, now a principal at Beveridge & Diamond PC, said that what impressed him about Obama and the White House was that they did not interfere with the department’s work on the case or his efforts to reach a settlement.

Obama, he recalled, said, "I’d like you to go back to your office right now, and I’d like you to send a note from me saying I am proud of you and everyone involved."