How the Trump admin plans to fast-track Tongass logging 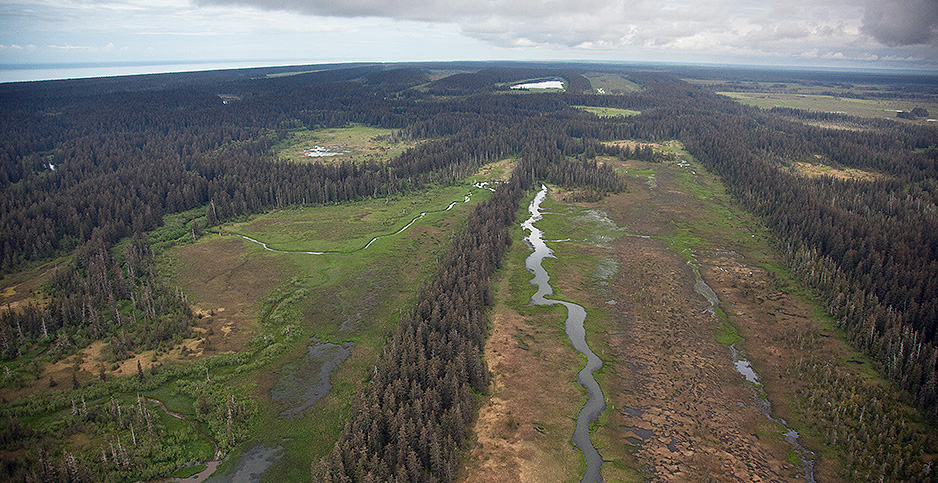 The Trump administration’s proposal to ease logging restrictions in Alaska’s Tongass National Forest would use a fast-track process to make thousands of acres of old-growth forest newly available for clear-cutting.

That approach would declare 165,000 acres of old-growth forest, as well as 20,000 acres of young growth, suitable for timber through an "administrative change" that provides limited opportunity for public comment.

The Forest Service included the process in a proposed rule exempting the 16.9-million-acre Tongass from the 2001 Roadless Area Conservation Rule. Opponents from conservation and environmental groups say it raises questions about the legality of the proposal.

But proponents of opening the Tongass to more timber production say the Forest Service is just reversing an earlier administrative move that went with the roadless rule. Removing the roadless rule, by extension, suggests areas previously considered unsuitable for timber should be dubbed suitable again, they said.

Any timber harvest project would still go through the usual case-by-case Forest Service process, which includes environmental reviews and opportunities for public opinion.

According to the roadless proposal, the Tongass forest supervisor would be directed to make an administrative change converting the "unsuitable" acres to "suitable" if they were made off-limits solely because of the roadless rule. That provision was also included in other roadless-rule alternatives the Forest Service considered.

Those designations were made in the 2016 forest plan for the Tongass, the document that governs how the nation’s biggest national forest is managed. Normally, administrative changes are intended for minor matters such as fixing map boundary errors in forest plans, according to the 2012 National Forest Management Act planning rule. Each national forest has a forest plan.

"That process was definitely not meant to reclassify thousands of acres of old growth forest to be logged," said Randi Spivak, public lands program director at the Center for Biological Diversity. "This seems like a legally questionable maneuver."

A spokeswoman for Audubon Alaska called the administration’s approach "underhanded and legally dubious."

To critics of the proposal, making thousands of acres of old-growth forest suitable for harvest should involve a more drawn-out process to change the forest plan itself. That would require more consultation with local officials, as well as a public comment period.

Officials’ preference for administrative changes follows the Trump administration’s overall approach to streamlining regulations. Forest management projects in particular can drag on for several years amid lawsuits and environmental reviews, a sore point for industry groups and Western lawmakers who say the process hinders economic development.

It’s also another chapter in a long-standing debate about the roadless rule, which has survived legal challenges and faced skepticism from Republican administrations and support from Democrats. Alaska officials asked for an exemption, saying the Tongass is unusual because of southeast Alaska’s economic reliance on access to the forest for a mix of timber, mining and recreational activities.

The proposed exemption outlined in the rule and a draft environmental impact statement would apply to all of the forest’s 9.2 million acres of inventoried roadless areas. It wouldn’t apply to the smaller Chugach National Forest, also in Alaska, although the agency said administrative corrections could modify the roadless-area boundaries in the Chugach, after public comment periods end Dec. 16.

In practice, the proposal seems to give one person — the forest supervisor — the power to make major changes in how the forest is managed, and sets up a process to make further changes in the future, said Andy Moderow, Alaska director for the Alaska Wilderness League.

The 5.4-million-acre Chugach is nearing the end of a land management plan revision to govern practices for the next 15 years. An objection period on that proposal ends Oct. 29, the last step before the revision is published and takes effect.