How the world is coping with Trump’s exit 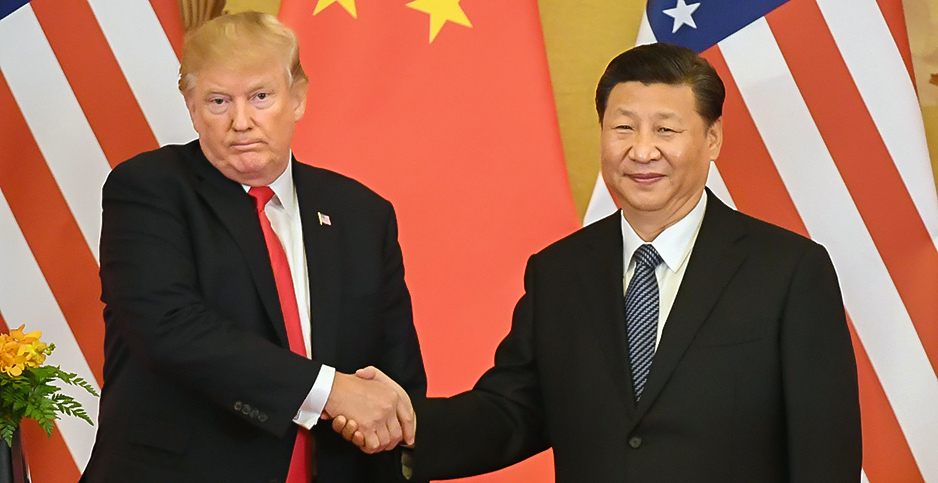 Nations around the world have responded to President Trump’s decision last year to leave the Paris Agreement by upping their ante on climate action, but the U.S. decision still casts a shadow over long-range efforts to address the problem.

When Trump made his announcement one year ago tomorrow, he parted ways with 194 other countries that support the deal finalized in December 2015. Parties to the agreement range from the European Union to North Korea and include major developing nations that Trump criticized that day in a fiery Rose Garden speech for expecting the United States to fix the world’s warming problem. He was talking about China and India.

Trump’s rebellious decision was met by widespread disapproval from foreign leaders, who pledged to push on and implement the Paris accord without the world’s second-largest emitter. So far, they’ve kept their word.

In the last year, a smattering of bilateral and multilateral initiatives have sprung up, circumventing the traditional leadership position of the United States. Countries have reaffirmed and, in some cases, strengthened national policies to meet their Paris pledges.

But without the United States, and its massive amount of emissions and its deep pockets, the long-term success of the agreement is in doubt, according to foreign officials and observers contacted for this story. Other countries might become dismayed at cutting emissions when the United States, a much larger contributor to global warming, won’t even acknowledge that it’s happening, observers said.

"I can’t help feeling that if the U.S. were in, it would have a very positive effect on getting more done," said Montek Singh Ahluwalia, a former Cabinet member in the Indian government. "I do think that by not being in the Paris accord, they’re taking the pressure off the system."

When Trump made his June 1 announcement, he pointed to the voluntary nature of China’s and India’s commitments to argue that the deal asked too little of them and too much of the United States.

"Under the agreement, China will be able to increase these emissions by a staggering number of years — 13," Trump said. "They can do whatever they want for 13 years."

China and India have long argued that as developing countries, their environmental responsibilities should give them room to grow their economies. And they haven’t abandoned that idea, doubling down on it at U.N. talks since the United States pulled back last year, perhaps in response to diminished U.S. clout.

But China is by many accounts on track to outperform its Paris pledge to peak emissions by 2030, as it already has done with its 2020 carbon-intensity target. It’s promised to draw 20 percent of its total energy consumption from non-fossil fuels, a feat that requires it to build more renewable energy infrastructure than in any other country in the world. It launched an emissions trading program in December that applies to its power sector. And last year, weeks before Trump’s announcement, China announced it would use more clean energy than fossil fuels by 2050.

Still, advocates who track Chinese climate politics say the U.S. retreat has raised questions internally about whether those actions without U.S. participation are good for China.

"Just as the ‘China card’ is played on the Hill in Washington, U.S. inaction is also used in Beijing for not doing more," said Li Shuo, senior global policy adviser at Greenpeace East Asia. "There is indeed skepticism from the strategic community — the ones that are nationalistic and view U.S.-China relations as a zero-sum game."

But he credited Chinese President Xi Jinping and his "progressive rhetoric" for reasserting that China would uphold the commitments of Paris, no matter what.

India is also acting on climate.

Climate Action Tracker, which analyzes the value and ambition of countries’ nationally determined contributions (NDCs) to Paris, found that India’s pledge is in line with keeping warming to 2 degrees Celsius. The United States and China fall far short, the group says. India is on track to exceed its pledge, as it brings non-fossil energy online to meet a growing share of its development needs.

But Ahluwalia, the former Indian official, told E&E News that without signals from the U.S. government, American companies might not develop technologies that could help India gain access to more efficient cooling devices, driving down its own emissions.

"Enlightened leadership everywhere is simply hoping that the United States will come back, but you know all countries have unenlightened leadership also," Ahluwalia said. "And those guys are going to be able to say, ‘Why are you troubling me? The leader of the industrialized countries, after looking at all the facts and all the scientific evidence, has come to the conclusion that this is all a hoax.’

"So they will certainly use that," he said.

Other countries have tried to fill the gap left by Trump’s Paris defection. Some have convened new multilateral forums and advocated for transparency and joint responsibility within the U.N. climate process. While those efforts have led to some alliances and burnished some leaders’ personal reputations as climate champions — most notably that of French President Emmanuel Macron — observers agree that there is no substitute for U.S. engagement.

The European Union is seen to be on track to meet its target of at least 40 percent emissions reductions below 1990 levels by 2030, but advocates have urged it to do more. A group of countries, including France, the Netherlands, Luxembourg, Portugal and Sweden, have called for the bloc to strengthen its NDC to reflect the goal of containing warming to 1.5 C, not 2 C.

Wendel Trio, director of Climate Action Network (CAN) Europe, said there has been an uptick in European leaders talking about Paris and climate change since Trump made his pronouncement last June.

"A lot of that is kind of verbal commitment," said Trio. "It doesn’t necessarily mean that they are really making this a priority of their policy, but in a way, it has actually increased kind of a sense that climate change is an important issue in the European Union."

Meanwhile, the European Union has forged new bonds bilaterally with China since Trump’s announcement, and joined with Canada and China in launching the multilateral Ministerial Meeting on Climate Action, which aims to replace the U.S.-led Major Economies Forum. That forum helped pave the way for the Paris accord by giving major players a venue to iron out differences outside the U.N. climate process. Supporters of MOCA hope it will do the same now that the deal is in its implementation phase.

Some countries, like Germany, have stepped back from previous commitments. But Jennifer Morgan, co-executive director of Germany-based Greenpeace International, said the country’s reliance on coal is a matter of domestic politics, not a response to messages from the other side of the Atlantic.

"I don’t really see any pullback at all in different capitals, even ones where you might expect it," she said.

One test could come next week, when Canadian Prime Minister Justin Trudeau hosts the Group of Seven in Quebec on June 8 to 9. Trudeau, who is embroiled in trade discussions with Trump and has received an exemption to U.S. steel tariffs, must look for consensus on a host of issues on which Trump is at odds with his allies. These include climate change and trade, defense spending, and Trump’s decision to scrap the Iran nuclear deal.

"It’s almost like a game of chicken," said Catherine Abreu, executive director of CAN Canada.

On the one hand, France, Germany, Italy and the United Kingdom are expected to push for strong words in the eventual communiqué reaffirming Paris, calling for the adoption of a rulebook to guide the deal and endorsing climate finance. It’s unclear where Japan will stand on that, but Trudeau will be tasked with keeping the peace.

The strongest fault line might be around climate change and trade, said Abreu.

"The U.S. position and Trump’s position give fuel to those in Canada who are not in agreement with some of the directions that we are taking on climate policies," said Abreu. "It is making for a more heated, polarizing debate on some of these issues."

Canada has seen the United States scrap myriad regulations under Trump. Those decisions ripple northward because many of the rules under attack in the United States have twin counterparts in Canada. The tailpipe emissions rule currently targeted by EPA is one of them.

Bereft of partnership in the U.S. capital, Ottawa has looked to Washington, California and other states to find common ground on initiatives. Oregon and Washington were original members of the Powering Past Coal Alliance launched by Canada and the United Kingdom at the Bonn, Germany, climate talks last year. It aims to end unmitigated coal use by 2030.

Europe and Canada have offered new ways to finance climate action since Trump’s election dashed hopes that the United States would contribute to the Green Climate Fund. But they lack the heft of the world’s largest economy, and small countries in the Western Hemisphere say they feel a natural protector has disappeared.

Thelma Phillip-Browne, ambassador for St. Kitts and Nevis to the United States, said the United States is viewed as a "big brother" by vulnerable Caribbean nations. But those countries are concerned that the world’s largest historical emitter is now asserting its right to continue emitting large amounts of carbon.

But she credited the U.S. pullback with helping to spur last year’s Caribbean-wide effort to improve resilience planning and to keep climate change on the world’s radar through a partnership called the Caribbean Climate-Smart Coalition.

"There is strength in numbers," said Phillip-Browne. "If the bigger country’s going to disengage, we thank you and we appreciate and all that, but maybe it is time for us to look to see how we can work together."