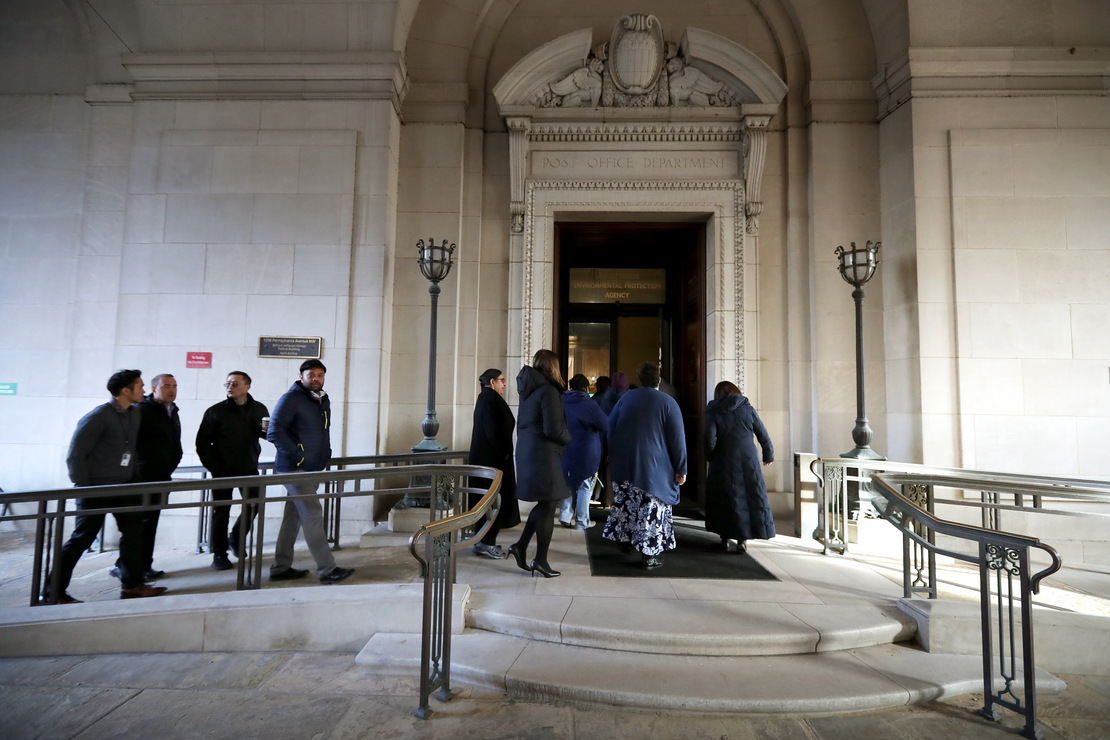 The Department of Energy will need hundreds of new employees, many in its loan office. Treasury Secretary Janet Yellen, meanwhile, says the IRS plans to hire 5,000 people. And EPA has to staff up the new national green bank.

Multiple challenges loom. Huge gaps already exist at some federal agencies, many of which were depleted during the Trump administration, and one critical agency didn’t get any new funding for staff at all: the Department of Justice.

“People tend to forget about the Justice Department,” said Jeff Hauser, executive director of the Revolving Door Project and a former DOJ official. “But they have a huge role to play to make sure the IRA is successful.”

The IRS does have some enforcement authority over new renewable energy incentives. Fraud issues, however, would be handled by federal prosecutors. A DOJ spokesperson confirmed the lack of new funding but did not provide more comment.

Hauser’s group last year explored staffing figures at climate agencies like EPA and the Interior Department, and found declining staff levels had not been replenished well into the Biden administration.

“Practically all agencies we examined, except DOE, we saw capacity pitfalls undermine the work we wanted to see done,” said Fatou Ndiaye, a research assistant with the Revolving Door Project.

Generally, the Biden administration has acknowledged the declines, and in some cases, like at EPA, tapped into special authorities to hire up fast (Greenwire, Feb. 18).

In addition, political appointees were being vetted for their commitment to rebuilding the federal workforce, according to the Revolving Door Project report. Still, Ndiaye said the administration has a long way to go.

The Office of Personnel Management, the federal government’s human resources arm, did not return requests for comment, but aides at multiple agencies said they are still fleshing out their hiring plans.

DOE, however, appears to be ahead of the game. It got a head start with $60 billion in last year’s infrastructure law and launched the Clean Energy Corps to bulk up.

“DOE is scaling up to meet this moment and implement the Bipartisan Infrastructure Law and Inflation Reduction Act, standing up dozens of new programs and hiring hundreds of new staff members — from attorneys to project managers,” a spokesperson said in an email.

Currently, the spokesperson added DOE is looking to fill 15 job categories — everything from engineering and contract management to physical science and public policy.

The department got a $30 billion lift from the new climate law, and had a huge presence at last week’s Global Clean Energy Action Forum in Pittsburgh.

She and her team noted DOE will need a many new tax hires in the loan program office and policy shop to support the Department of the Treasury, which itself needs to modernize operations and implement incentives for people to green their homes (Climatewire, Aug. 19).

EPA got more than $40 billion from the Inflation Reduction Act, including to implement the methane fee and stand up a national green bank.

“EPA has never administered anything at this scale,” Michael Gergen, a Latham & Watkins LLP attorney, said on a recent Institute for Policy Integrity panel. “I assume folks at EPA are kind of freaking out about this.”

The agency also just announced a 200-person environmental justice and external civil rights office, which will be responsible for dispersing $3 billion in block grants (Greenwire, Sept. 27).

At the Agriculture Department, officials are preparing to hire people to research and distribute more than $9.7 billion for rural electrification, a task that will likely require more energy experts, RMI said. And there’s an additional $20 billion for regenerative agriculture and investments for conservation.

“Over the next few weeks, the Department will work to identify specific staffing needs and will be in a position to provide additional information later in October,” a USDA spokesperson told E&E News.

All of this hiring is welcome news for the federal labor unions.

“NTEU strongly supports the historic investment in the IRS as outlined in the Inflation Reduction Act because it will help rebuild the agency after a decade of staffing and budget cuts,” said National Treasury Employees Union President Tony Reardon.

He noted workplace flexibilities as well as a shorter onboarding process at the IRS would limit new hires from accepting other job offers while waiting for their paperwork to go through.

“Finally, NTEU would like to see agency training budgets properly funded so new hires are ready to succeed at their new civil service career,” he said.