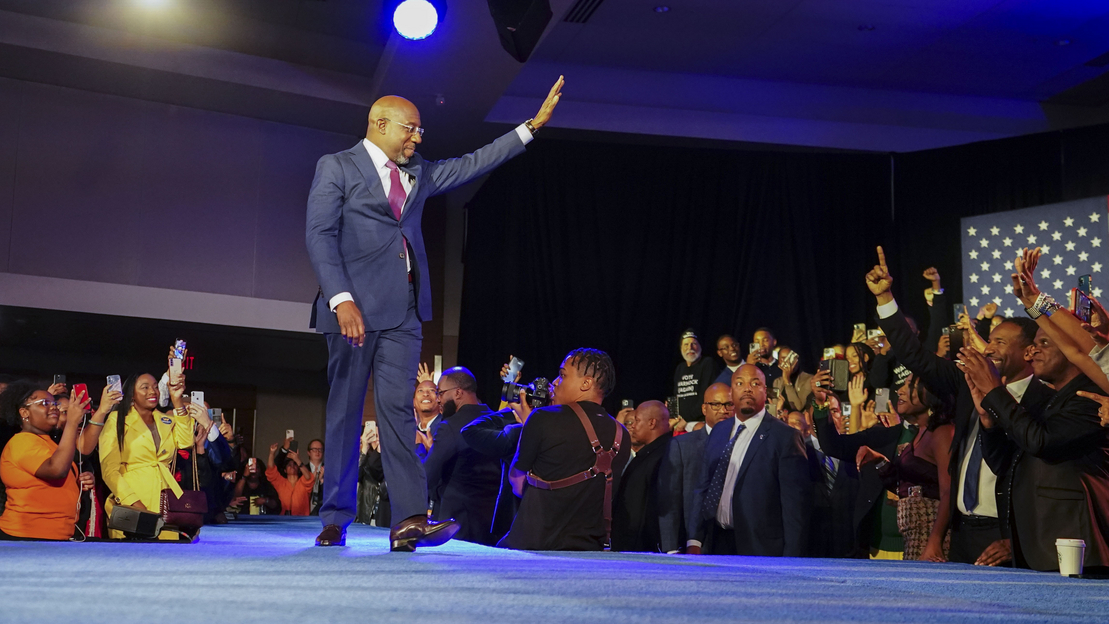 Top Democrats will regain subpoena power. Committee work should get easier. And Sen. Joe Manchin will lose some leverage — even as the West Virginia Democrat gains more leeway to buck President Joe Biden.

Democratic Sen. Raphael Warnock’s victory over Republican Herschel Walker in Tuesday’s Georgia Senate runoff means Democrats will have a 51-seat majority in the next Congress, ending the longest period in history with an evenly divided Senate.

An extra vote doesn’t do much for Democrats’ ability to pass legislation on climate, or anything else. Republicans control the House, and most bills require 60 Senate votes. The upper chamber’s unanimous consent requirements also will continue to empower individual senators to jam up action.

“This is still the Senate,” said Sarah Binder, a senior fellow at the Brookings Institution who specializes in Congress. “They’re better off with 51, for sure. But it’s not the silver bullet that turns the Senate into the House.”

The biggest impacts could be felt in Senate committees, three experts said.

The chamber’s 2021 power-sharing agreement evenly split committee membership between Democrats and Republicans. Vice President Kamala Harris can break tie votes on the Senate floor, but she cannot vote in committee. So whenever senators deadlocked on a vote, Democrats had to spend floor time discharging nominees or bills from committees.

Committee work has been affected too. Committee staff and budgets have been split evenly between parties, stretching the majority’s staffers relatively thin. And Democrats have been constrained from issuing subpoenas, which typically require a committee or subcommittee majority vote.

The extra vote also gives Democrats a cushion for the worst-case scenario: a senator getting sick, dying, resigning or otherwise leaving the chamber. Covid-19-related absences were a recurring issue for Democrats over the past two years. At least two Democrats — Sens. Patrick Leahy of Vermont and Ben Ray Luján of New Mexico — were hospitalized this year.

Republicans in the House have said they will focus their new power on investigating Biden, his son Hunter Biden and the administration’s energy policy among other topics.

With 51 votes, Democrats can conduct investigations of their own, including some that may act as counterprogramming to Republicans in the House. They also can pick up Democratic House probes that likely will be cut off by a Republican majority, such as the January 6th investigation or a probe into Big Oil’s climate disinformation campaigns.

For the most part, Democrats have not been able to use subpoena power. Each panel has its own rules on subpoenas, but almost all of them require a majority committee vote. The exception was the investigations subcommittee of the Senate Homeland Security and Government Oversight Committee, where the chair retained unilateral subpoena power.

But even that exception proved the rule. Sen. Jon Ossoff (D-Ga.), the subcommittee’s chair, collaborated with Sen. Ron Johnson (R-Wis.), the panel’s ranking member, earlier this year when he subpoenaed the director of the Federal Bureau of Prisons.

“The Senate is not really typically a very partisan place. So these committees, when they function well, tend to be somewhat bipartisan,” said Binder, a George Washington University political science professor.

Now, Democrats will have committee majorities and can move forward without GOP approval. At least in theory.

In practice, experts said, Senate committee chairs tend to collaborate with the ranking member on investigations. And lawmakers prefer the threat of a subpoena to actually issuing one. Enforcing a congressional subpoena can become a messy, laborious process, they said, while the threat of one often compels voluntary cooperation.

So while Senate Democrats might not unleash a wave of subpoenas, they said, their theoretical ability to do so could help sharpen investigations.

Manchin no longer will be the Senate’s kingmaker. Over the last two years, he used his 50th vote to alter, kill or rewrite a significant amount of Biden’s legislative agenda. That power is now gone, but when it comes to climate legislation it won’t matter much anyway. Since Democrats no longer control the House, no meaningful climate bills are expected to pass through Congress in the next two years.

Adding a 51st Democratic vote to the Senate does diminish one major power Manchin has flexed — which is blocking some of Biden’s nominees. Earlier this year, Manchin doomed Sarah Bloom Raskin’s nomination to the Federal Reserve because she had argued that federal regulators should pay more attention to climate risks. Biden now could nominate Raskin to another position — since the rest of the party is united behind her and Manchin has lost his ability to stop her.

Biden can also nominate other climate advocates to key federal positions because he won’t have to worry about securing Manchin’s vote. A number of administration departures are expected in the next year, so there likely will be vacancies that need Senate approval.

Manchin still will retain the ability to block Biden’s energy nominees, however. He chairs the Senate Energy and Natural Resources Committee and therefore controls a key step of the nomination process, which is to pass a candidate out of committee. Manchin recently used his power to block the nomination of Federal Energy Regulatory Commission Chair Richard Glick by refusing to schedule his confirmation hearing. Manchin and Glick had clashed on a proposed climate-focused review process for natural gas pipeline projects.

And while Manchin has been the most frequent thorn in the side of his Democratic colleagues, other senators also have occasionally blocked Biden’s agenda. The next two years will put pressure on Democratic senators in tight races — such as Sens. Kyrsten Sinema of Arizona and Jon Tester of Montana — to flex their moderate bona fides.

The new Senate majority gives Manchin cover to vote against Biden more often, said Christopher Borick, a political science professor at Muhlenberg College in Pennsylvania. He said Manchin has largely supported Biden’s nominees and some of his agenda, so the White House probably won’t even object much. It’s clear that Manchin has to set himself apart from Democrats in Washington even more than he already has if he wants to win reelection in one of the reddest states in the country in 2024.

“He wants to build a case for West Virginians where he’s looking out for their overall interest,” Borick said. “This gives him some room to bolster those things that he might want to bolster going into 2024.”