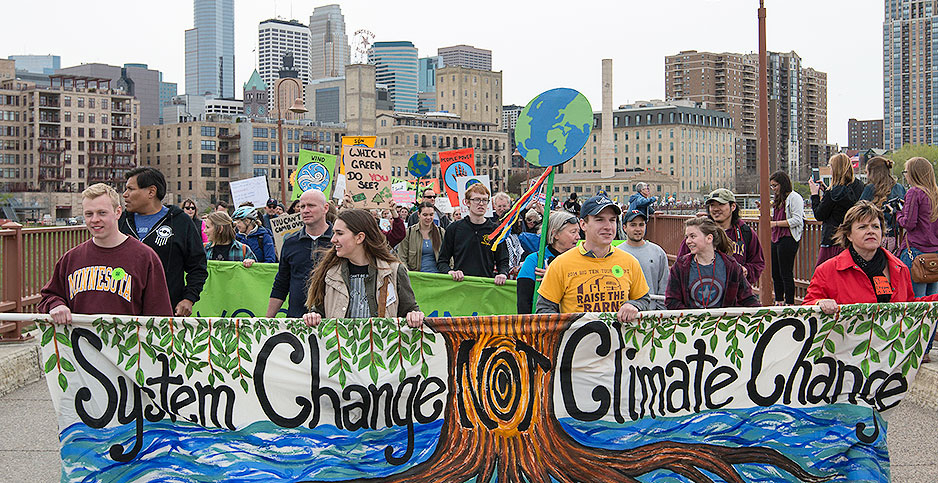 MINNEAPOLIS — Xcel Energy Inc. CEO Ben Fowke thinks of the future this way: New investments in wind and solar power allow the utility to shut aging coal plants. And the resulting portfolio of carbon-free energy could save consumers money, benefit shareholders and underpin a transformative shift to electric cars.

"I can save you money and make the environment greener. It’s pretty tough to say no to that," Fowke said.

The 61-year-old chief executive is convinced there’s a value proposition that makes the trade-off of gasoline-powered cars for electric vehicles one that’s hard to resist. Still, Xcel can’t force an EV revolution to happen in the same way it can replace coal with renewable power. Car buyers are fickle, and price matters — a lot.

"When I look at the economics with light-duty transport, yes, EVs have got to come down in price," Fowke said in an interview with E&E News at Xcel’s Minneapolis headquarters this summer.

"But once you have one, the variable cost is the equivalent of charging up at a dollar a gallon," he continued. "And yet you’re reducing your carbon emissions today on the Xcel fleet by two-thirds. By 2030, it’s going to be like 90%."

The changing makeup of Xcel’s Upper Midwest generating fleet — which was still 44% coal and natural gas last year — takes on added significance as the number of plug-in cars and trucks in the utility’s service area steadily rises.

As Minnesota’s largest electric utility, with 1.2 million customers, Xcel is, by default, at the center of the web of interests that must find common ground to seize the consumer and environmental benefits of an electric transportation fleet. It’s an opportunity Xcel welcomes. And the company says its strategy is to enable customers to go electric by making the process hassle-free and beneficial to their bottom lines.

"The question is, how do we make it easy for customers to purchase and acquire an EV and the associated charging infrastructure in their homes or their business?" Fowke said.

"How do we encourage them to charge off-peak, which minimizes the amount of infrastructure work that we need to do to facilitate that? And how do we seed the infrastructure and catch up with the gasoline infrastructure that’s been around for over 100 years?"

For now, the answer to those questions is manifested in new rates and pilot programs, including a vehicle-to-grid demonstration using school buses.

Xcel is carving out partnerships with cities and state governments, transit agencies, advocacy groups, and auto dealers. All of it is aimed at accelerating EV adoption.

Minnesota is among the 23 states that, along with the District of Columbia, have enacted greenhouse gas reduction targets. So far, however, the state is falling short of its goal to slash economywide greenhouse gas emissions 80% by midcentury.

Since those goals were set in 2007, what had been Minnesota’s largest source of carbon emissions, the electricity sector, has made big strides. Power plant emissions fell 29% from 2005 to 2016, according to a biennial report from the state Pollution Control Agency. Xcel has gone even further, cutting emissions by 40% over the same period.

Yet the same report also shows emissions from Minnesota’s transportation sector are down just 8%.

Tailpipe emissions in Minnesota, as in many other states, have started creeping up again as consumers buy more pickup trucks and SUVs and drive more miles, said Frank Kohlasch, who manages the agency’s Air Quality Program.

The challenge of curbing tailpipe emissions led state agencies to collaborate on a strategy outlined in a report issued last month, "Pathways to Decarbonizing Transportation in Minnesota."

Within two weeks of the report’s release, Gov. Tim Walz (D) took action on a key recommendation by directing regulators to implement low- and zero-emission vehicle standards to cut carbon emissions. Through the proposed ZEV standard and other recommendations, Minnesota is leaning heavily on electric cars to meet its climate goals.

"Electrification of light-, medium- and heavy-duty vehicles is going to be very important for achieving our emissions goals for the state," Kohlasch said. Likewise, he added, "ensuring the electric utilities continue to decarbonize is crucial."

Equally important to making that happen is collaboration among state agencies, utilities and other parties that previously had little to do with each other. "New kinds of partnerships are needed for us to be successful," said Tim Sexton, chief sustainability officer for the Minnesota Department of Transportation and the lead author of the "Pathways" report.

For instance, a decade ago, the state Department of Transportation and electricity regulators rarely interacted, Sexton said. Today, the department is intervening in dockets at the Public Utilities Commission and working directly with utilities and other interests.

Last year, Xcel funded studies for at least nine cities to determine if switching to plug-in vehicles could save money. The studies, which lasted six months to a year, involved plugging FleetCarma telematics devices in vehicles to analyze a wide range of data, such as idle time, acceleration patterns and daily miles driven.

In Faribault, Minn., a city of 24,000 located along Interstate 35 about an hour’s drive south of the Twin Cities, a year’s worth of data was collected on 19 cars and pickup trucks.

“The question is, how do we make it easy for customers to purchase and acquire an EV and the associated charging infrastructure in their homes or their business?”

City Planner David Wanberg said the analysis showed the city could replace a half-dozen of them with EVs and save more than $30,000 over the vehicles’ lives.

"The city has other reasons for wanting to do it in terms of reductions in greenhouse gas emissions and reduced idling," he said. But having the knowledge that EVs can save money has the city looking at adding at least one and maybe two EVs to its fleet by the end of the year.

In April, the utility got PUC approval for a pilot program that involves installing and maintaining charging infrastructure, including an estimated 700 charging ports, to serve the Twin Cities transit agency, the state Department of Administration and the city of Minneapolis.

"Even some schools are now starting to come and ask us: ‘Is there an opportunity to do electrification with school buses?’" said Chris Clark, president of the utility’s Upper Midwest operations.

In the utility’s first transportation electrification plan filed with the PUC earlier this year, it counted 75 auto dealerships that had joined a utility-led network meant to help consumers buy EVs.

Among them is White Bear Mitsubishi in suburban St. Paul, which has sold more plug-in hybrid electric (PHEV) Outlander SUVs than any dealer in the country, said Richard Herod III, the dealership’s owner and general manager.

For Herod, it’s always worth it to dispatch a white Outlander PHEV emblazoned with a large blue plug logo that promotes its estimated mileage — the equivalent of 74 mpg.

"We do more test drives off-site than we do at the dealership," Herod said. "Most people don’t know they want an EV until they drive one."

Xcel is also directing pilot programs toward residential customers. Those programs include a requirement that participants charge their cars at night, when there’s abundant and cheap wind energy on the Upper Midwest grid.

One of the pilots approved in 2018 is aimed at helping residential customers install chargers at their homes.

Leif Pihl, whose wife bought a used Nissan Leaf last year, was among the 100 Xcel customers who enrolled in the pilot as an alternative to installing a separate meter — a prerequisite to enrolling in the EV pricing plan.

"The upfront cost of that was just ridiculous," said Pihl, who works as an electrician in the Twin Cities.

Xcel has a request to make the EV service pilot a permanent offering while it gauges feedback on a similar program. Meanwhile, a newer subscription EV pilot is being offered that allows unlimited charging for a flat monthly rate if participants charge during nights and weekends.

The newer program is dubbed the Netflix model of residential EV charging — a concept that has the simplicity Fowke strives for.

"I really love that kind of a model, and I think most of our customers do," the CEO said. "If a customer wants to put in a home charging system, they can do it themselves. But I think we can make it seamless for them."

By 2035, Xcel said it could have up to 2 million EVs across its service territories in Minnesota and the other seven states where it sells electricity.

The EV adoption projections translate into an estimated $1 billion of grid infrastructure investment, not unlike decades earlier, when utilities saw huge new demand from air conditioning.