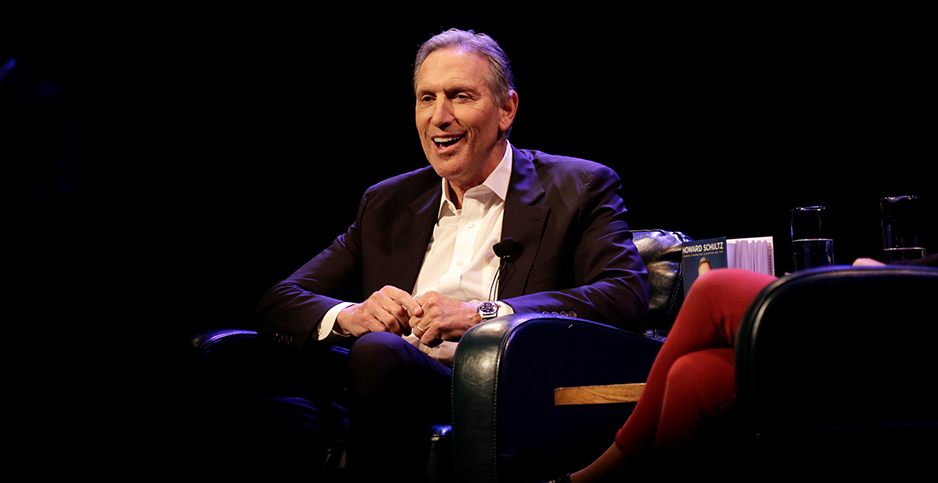 If Howard Schultz decides to run for president, the former Starbucks CEO won’t pitch voters on a platform that includes the "Green New Deal."

The billionaire businessman described the Democratic proposal as earnest but unworkable during a CNN forum in Houston last night that doubled as a trial balloon for his candidacy as an independent.

"I think these are well-intentioned people and — like me — are gravely concerned about our planet, climate change and things that we have to do," Schultz said of "Green New Deal" activists. "But we have to be sensible about it."

Schultz didn’t offer an alternative vision, but he held up Texas as a model he favors.

"Here we are in Texas, where oil and gas is a primary product of this entire state. But yet you lead the nation in wind energy," he said. "So it’s not an either-or situation. We can do both."

Schultz then spent the next couple of minutes blasting the "Green New Deal" as a pipe dream — an approach that fit into Schultz’s broader criticism of both the Democratic and Republican parties, which he described as beholden to their extreme wings.

"When I see politicians start throwing things out that I know is not realistic, that is not being honest with the American people," he said.

The "Green New Deal" — in very short order — has emerged as a potential lightning rod in the 2020 election.

But a series of protests by groups such as the Sunrise Movement have turned support of the "Green New Deal" into a litmus test for Democratic presidential contenders — so much so that several presidential candidates sponsored a nonbinding resolution last week that promoted its aspirations.

Republicans have pushed back by harping on some of its lofty goals, such as upgrading all U.S. buildings to be more energy-efficient.

Senate Majority Leader Mitch McConnell (R-Ky.) yesterday said he wants to hold a vote on the "Green New Deal," a move designed to put centrist Democrats on the record over the proposal (E&E News PM, Feb. 12).

Liberals responded by questioning whether McConnell and other Republican leaders have any solution to deal with a warming planet.

For Schultz, the issue of climate change is one he’s talked about before. In an interview with Time magazine last year, the coffee magnate said he expects that global warming will harm the industry’s supply chain — potentially raising the price of a good cup of joe.

"Climate change is going to play a bigger role in affecting the quality and integrity of coffee," said Schultz, who spoke to the reporter at a Costa Rican farm that Starbucks uses as a test lab to see how its coffee bean growers might adapt to the effects of a warmer planet.