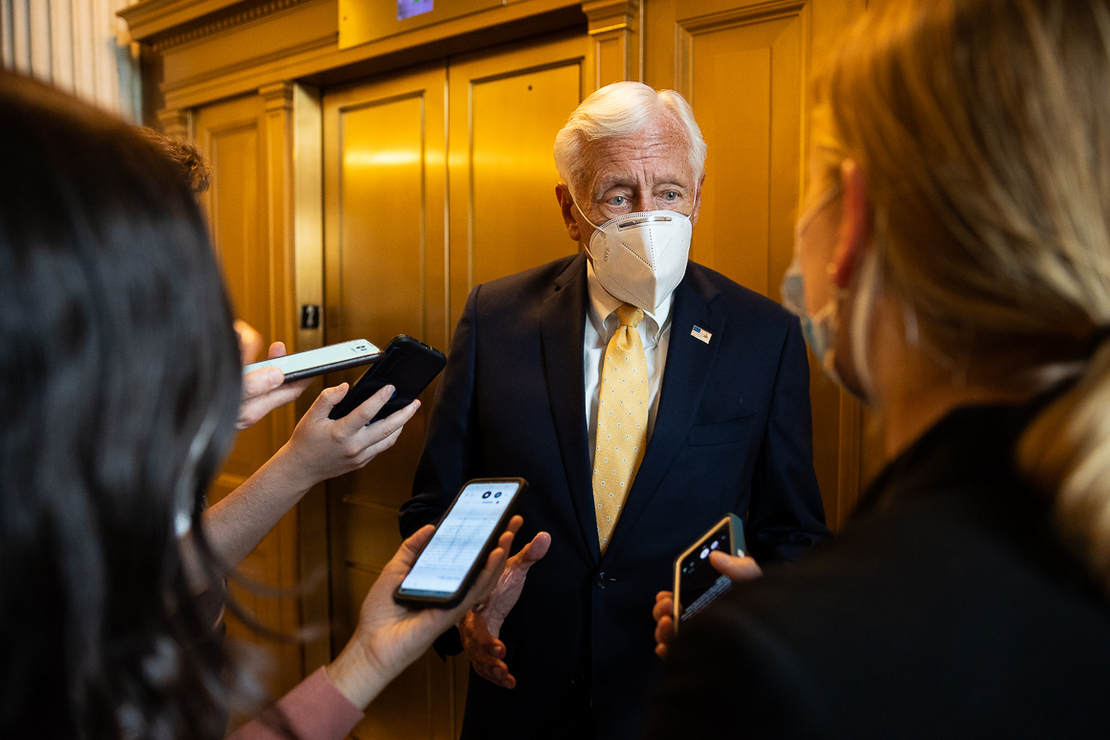 House Majority Leader Steny Hoyer said he first read about the razing of the Amazon rainforests nearly 20 years ago; he is finally introducing legislation to address it.

The Maryland Democrat plans to travel to Glasgow, Scotland, next week for the COP 26 climate talks armed with a new bill taking aim at the deforestation crisis.

The “America Mitigating and Achieving Zero-emissions Originating from Nature for the 21st Century Act," or “AMAZON21,” would authorize $9 billion to assist the international community in forest conservation efforts.

That sum of money — to exist inside a trust fund managed by the State Department — would match what President Biden earlier this week pledged the United States would spend on ending deforestation by 2030.

Biden’s promise was part of a larger, multimillion-dollar pact agreed to by dozens of other countries to address forest thinning, where massive loss of trees has diminished opportunities to absorb carbon at a time when political leaders are desperate for policies that will drive down harmful emissions (Greenwire, Nov. 2).

“It is somewhat serendipitous that the president was working on this as well,” Hoyer told E&E News this afternoon.

In an interview, Hoyer said his journey to introducing “AMAZON21” was both a “good and bad news story” — bad because it took so long for him to write the bill after learning two decades ago about “how quickly we were losing parts of the Amazon,” and good because, about a year ago, he decided to do something about it.

“I’ve been talking about this for year. Literally,” Hoyer recalled telling his lead energy and environment staffer. “I want to introduce a bill. And I want you to work with the administration and with the private sector, with environmental groups, on a bill that would have impact on exactly what I’ve talked about.”

The bill Hoyer unveiled today would offer incentives for countries to keep their forests intact rather than cut down trees to accommodate anything from new building developments to energy extraction activities. The $9 billion trust fund would go toward helping these countries turn their forests into “assets” on which they could receive money while also helping the planet.

“It’s an idea that’s been sort of germinating a long time with me, and a commonsense awareness that if a country’s asset is a forest, and it wants to make it a farm or wants to make it a mine or do something else with it — but we need them to keep it there — we are asking them to do stuff we didn’t do,” Hoyer explained. “And if we don’t monetize that, the probability of being able to enforce it are very small.”

Hoyer’s proposal also takes seriously the enforcement component, with the congressman noting that “AMAZON21” would call for the deployment of “drones and satellites” among the mechanisms to ensure countries receiving money to retain their forests are, in fact, retaining them.

‘A priority for me’

Assuming negotiations over the pending $1.75 trillion climate and social spending package don’t derail his itinerary, Hoyer said he intends to go to Glasgow this weekend to build public support for his new bill in relation to Biden’s deforestation commitment. He plans to speak as part of a panel discussion, he added, where he’ll talk about “AMZAZON21” specifically.

Back on Capitol Hill, Hoyer said, he’ll start making the rounds to the chairs of committees of jurisdiction, including Reps. Frank Pallone (D-N.J.) of Energy and Commerce, Raúl Grijalva (D-Ariz.) of Natural Resources and Gregory Meeks (D-N.Y.) of Foreign Affairs.

“I’ve talked to Kathy Castor,” said Hoyer, referring to the Florida Democratic congresswoman who chairs the House Select Committee on the Climate Crisis. “She’s very enthusiastic about this.”

In the Senate, he plans to chat with fellow Maryland Democrat Ben Cardin on the flight to Glasgow about the legislation, and he’s also eying the support of a former House colleague, Bob Menendez (D-N.J.), who is now chair of the Senate Committee on Foreign Relations.

Hoyer is determined to advance this bill through so-called regular order, but he also made clear it’s not every day the No. 2 House Democrat puts out major policy legislation. This is only the third bill Hoyer has introduced this year — the first related to the creation of a heritage area in southern Maryland, and the second called for the removal of Confederate statues and imagery in the Capitol complex.