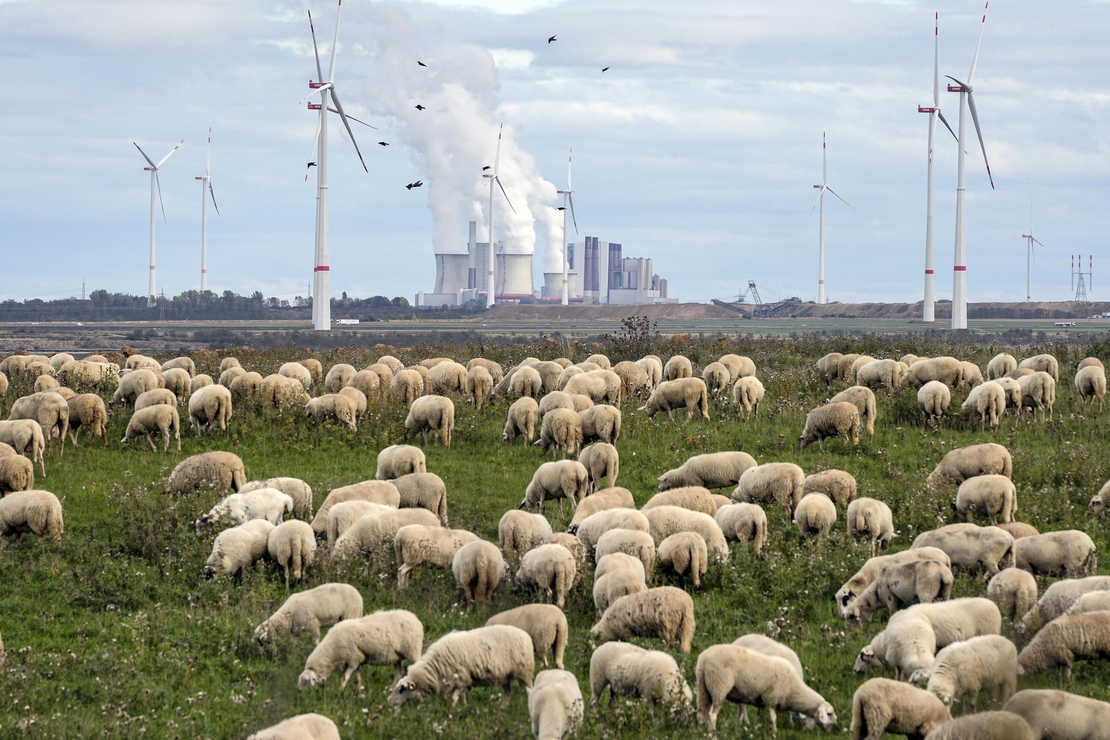 A flock of sheep grazing in front of a coal-fired power plant at the Garzweiler open-cast coal mine near Lützerath, Germany. AP Photo/Martin Meissner

The world is not moving nearly fast enough to curb emissions of the gases superheating the planet, according to the latest assessment from the U.N. climate program.

It shows that while new pledges from countries have made a small dent in projected greenhouse gas emissions, current commitments will lead to warming of roughly 2.5 degrees Celsius (4.5 degrees Fahrenheit) by the century’s end.

That’s well beyond the goal countries committed to in the Paris Agreement of limiting warming to 1.5 degrees. Above that threshold, the likelihood of more extreme climate calamities, including storms, heat waves, drought and sea-level rise, greatly increases.

Already the world is witnessing far more powerful climate shocks at around 1.2 degrees of warming.

The report, produced by the secretariat of the U.N. Framework Convention on Climate Change (UNFCCC), analyzes the latest climate targets set by 193 countries that are parties to the Paris Agreement. Together, they account for nearly 95 percent of global emissions. It shows some progress over last year’s assessment — thanks to stronger climate targets set by most of the two dozen countries that submitted them.

If current country pledges are implemented, emissions will likely peak in 2030 and start trending downward, the report finds. By 2030, it estimates that emissions will be 0.3 percent below 2019 levels. That’s an improvement over the 4.3 percent increase estimated in last year’s assessment.

But there’s still a huge gap between those pledges and what’s needed.

The latest report by the U.N. Intergovernmental Panel on Climate Change shows that greenhouse gas emissions need to be slashed 43 percent by 2030 to meet the 1.5-degree target.

“The downward trend in emissions expected by 2030 shows that nations have made some progress this year,” Simon Stiell, executive secretary of the UNFCCC, said in a statement. “But the science is clear and so are our climate goals under the Paris Agreement. We are still nowhere near the scale and pace of emission reductions required to put us on track toward a 1.5 degrees Celsius world.”

At last year’s climate summit in Glasgow, Scotland, all countries agreed to strengthen their targets to keep them in line with the 1.5-degree limit.

Stiell called the lack of stronger targets “disappointing” and urged governments to step up their commitments and work to achieve them.

While the European Union has been working to accelerate the shift to renewable energy and China is rapidly building out wind and solar generation, there are other signs of backsliding. This year’s climate talks in Egypt take place as Europe’s severe energy crunch drives up the short-term use of coal, the world’s most climate-polluting fuel, and as the Biden administration searches for more oil.

Money needed to help developing countries transition to clean energy and build up their resilience to climate impacts is also falling short. More will be needed, particularly if countries are to step up implementation. Many lower-income countries’ targets are conditioned on whether they get finance and support to make the changes necessary to reduce emissions.

“What you see happening around the world now makes it more urgent and more clear than ever that we need to step up and get this job done,” U.S. special climate envoy John Kerry said in a call with reporters on Wednesday.

“No country has a right to be delinquent in not putting up an NDC, not strengthening it where they can and not being part of this effort,” he added, referring to countries’ nationally determined contributions to reducing emissions.