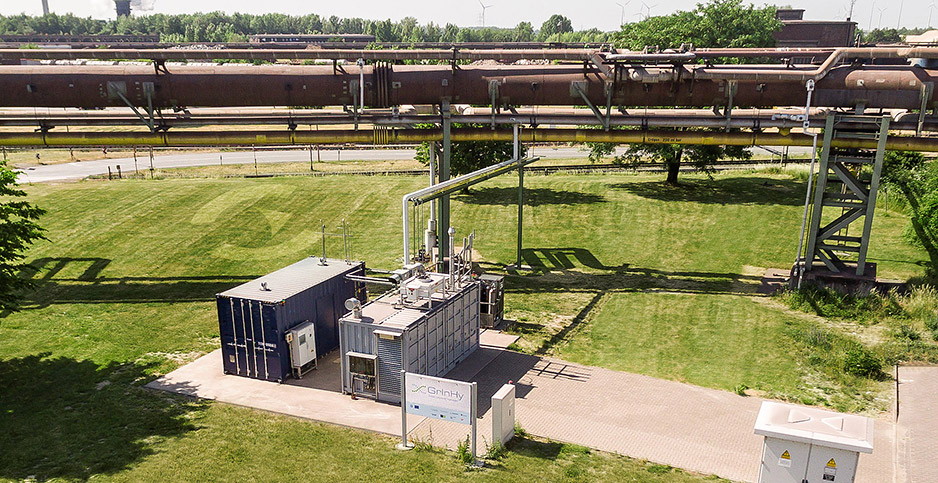 A flood of investments and energy industry pledges made 2020 a breakout year for low-carbon hydrogen. But 2021 may be when the hype gives way to hard questions.

Last year, the colorless gas captured the imagination of many companies for a variety of uses: Major truck manufacturers banded together to promote a transition to hydrogen fuel-cell models. A hydrogen plane startup pulled in over $21 million from investors that included Amazon.com Inc. and a Bill Gates-backed fund. Several gas and electric utilities launched pilot projects to produce hydrogen from zero-carbon sources.

Hydrogen has had false starts in the past: In the early 2000s, the Bush administration anointed fuel-cell cars as the future of transportation. But under President Obama, the Department of Energy backed off the technology, and it has failed to catch on with most automakers.

"The idea of hydrogen has been around for a long time," said Mona Dajani, who has negotiated hydrogen deals for large energy companies as an attorney at Washington-based firm Pillsbury Winthrop Shaw Pittman LLP. "But its momentum has never been stronger."

Wealthy European and Asian countries have set new goals for hydrogen development as part of plans to rebuild after the coronavirus pandemic, she noted. And as pressure for climate action builds, some oil and gas majors are turning to hydrogen to hedge risks.

Big energy companies "are willing to invest in projects that may not pencil out right now because they know, technology-wise, they have to get into it," said Dajani. "If they don’t, they’re going to lose out."

Last year’s blitz of hydrogen investments caught some industry observers by surprise, particularly since the announcements came in the middle of a pandemic that slashed energy demand. Many analysts expect that throughout the 2020s, low-carbon hydrogen will come at a premium compared to conventional fuels like natural gas.

But proponents say 2021 will be the year policymakers start treating hydrogen like a possible pillar of deep decarbonization as they put the technology’s advantages and emissions impacts under the microscope.

Utility regulators, energy researchers and environmentalists were "caught off guard" in 2020, said Keith Malone, a spokesperson for the California Fuel Cell Partnership. "I think this year, they’re going to try to get their arms around it."

Here are three things to watch for with hydrogen technology in 2021:

What will Biden do?

That might not change much in 2021: Advocates say they expect President-elect Joe Biden to keep hydrogen’s momentum building while stopping short of transformational policies.

As a candidate, Biden pledged to ensure "green" hydrogen costs the same as the conventional "gray" kind by 2030. Green hydrogen, the most expensive kind to produce, is split from water molecules using wind or solar power, while its gray counterpart comes from steam reformation of natural gas or other fossil fuels.

Biden has also said that bringing down the cost of electrolyzers — the systems that produce green hydrogen — will be a priority for DOE researchers. And new low-carbon mandates for federal procurements could benefit hydrogen along with other clean energy sources.

All of that is likely to reassure the private sector that hydrogen and fuel cells will be part of Biden’s clean energy agenda, said Morry Markowitz, president of the Fuel Cell and Hydrogen Energy Association.

"While not given a free hand, we’ll be tilted toward more acceptance of green energy," he said.

Getting Congress behind an infrastructure overhaul might give a bigger lift to the sector, he added.

Markowitz and other advocates say they aren’t holding their breath for an aggressive industrial policy to boost hydrogen in the United States. Action by foreign governments — like the European Union’s aim of building enough electrolyzers to produce 25% of hydrogen from zero-emissions sources by 2030 — is likely to remain a bigger driver of investment by global companies, they say.

"I don’t think the U.S. is prone to doing industrial policy, so we may not see a strategy like we have seen elsewhere," said Malone of the California Fuel Cell Partnership.

Some environmentalists point out the new administration has leverage in the form of regulations. The Natural Resources Defense Council says federal agencies could pass new emissions standards for the trucking sector, invest in green hydrogen demonstrations and require utilities to blend hydrogen into gas pipelines, among other things.

"Anything coming via Congress will be difficult," said Rachel Fakhry, policy analyst for NRDC’s climate and clean energy program. "But I think the Biden administration has quite a bit of leeway to act on this."

Will states and utilities buy in?

In a handful of blue states, utility regulators have already opened investigations into a contentious policy question: Where does use of natural gas fit into their carbon-free climate goals?

Climate activists are pushing to shift buildings and electricity generation away from gas and toward zero-emissions technologies. But gas utilities and industry trade groups have floated the possibility of using hydrogen and renewable natural gas or biomethane, which is produced from organic matter.

"Like most government sanctioned utilities, natural gas utilities have to explain to regulators and the general public that they serve how they fit into a decarbonized world in 2050," Jigar Shah, president of clean energy finance firm Generate Capital, said in an email to E&E News. "This means that renewable natural gas, hydrogen, and other approaches will be proposed and piloted by natural gas utilities in 2021."

For hydrogen vehicles, too, state officials may face serious policy challenges this year.

In 2020, California regulators set the nation’s first sales mandates for zero-emissions trucks, buses and other heavier vehicles. The goal is to open a market for hydrogen fuel-cell models in addition to battery electrics.

Fourteen other states and the District of Columbia have promised to replicate California’s rules, ensuring 30% of truck and bus sales are zero emission by 2030 and 100% by 2050.

But in many of those jurisdictions, little fueling infrastructure exists for hydrogen vehicles, and it’s unclear how officials could support a build-out.

"It’s about figuring out ways to provide stable policy over a long period of time — these policy signals that say, ‘Come on in and invest,’" said Malone.

How green is green hydrogen?

Energy policymakers are also likely to explore whether hydrogen would result in greenhouse gas emissions or other pollutants.

When hydrogen is converted to electricity in a fuel-cell system — like the type that powers hydrogen cars — it emits nothing but water.

But if it’s burned for heat in buildings or by manufacturers, hydrogen can produce nitrogen oxides (NOx), and the volumes of those emissions aren’t well-studied.

"You have a huge universe of opportunities, if these plans to blend hydrogen [with natural gas] ever come to pass," said Lew Milford, president of Clean Energy Group, a Vermont-based nonprofit.

"There’s a lot of activity occurring very rapidly, and it’s out of sync with the public’s right to know and understand" what the environmental impacts would be, he added.

In a Dec. 14 blog post co-authored by Milford, he cited one hydrogen pilot project being developed by Mitsubishi Motors Corp., Utah’s Intermountain Power Agency, and the Los Angeles Department of Water and Power. The project’s first stage is set to generate power from a 30% hydrogen, 70% natural gas mix to serve Los Angeles. That’s expected to produce NOx at levels equivalent to that of a typical gas plant, according to the developers.

John Ward, spokesman for the Intermountain Power Agency, defended the pilot project as an opportunity to make "vast environmental improvements."

By 2045, he noted, the companies involved hope to deploy next-generation turbines that can reduce NOx emissions from hydrogen combustion. Even if that doesn’t happen, he said, the project "would still achieve significant reductions in NOx emissions from the current project that utilizes coal."

Federal authorities have taken note of the questions swirling around hydrogen’s emissions footprint. In a November planning document, DOE recommended the government and industry research ways of controlling NOx emissions from hydrogen combustion.

Experts have noted that using hydrogen in fuel-cell systems would neutralize emissions for many applications — with the likely exception of cement- or steelmaking and other heavy industries.

But some say the issue is still worth more attention from policymakers.

Harrison also pointed to the DOE’s HyBlend initiative, which is studying life-cycle emissions of hydrogen blends, in conjunction with university and industry researchers.

In the meantime, utility pilot projects face a "serious unsolved problem," according to Milford.

"Is this the future we want? Are these real plans or not? These are really serious questions," he said.