Hydrogen could fuel U.S. energy transition. But is it safe? 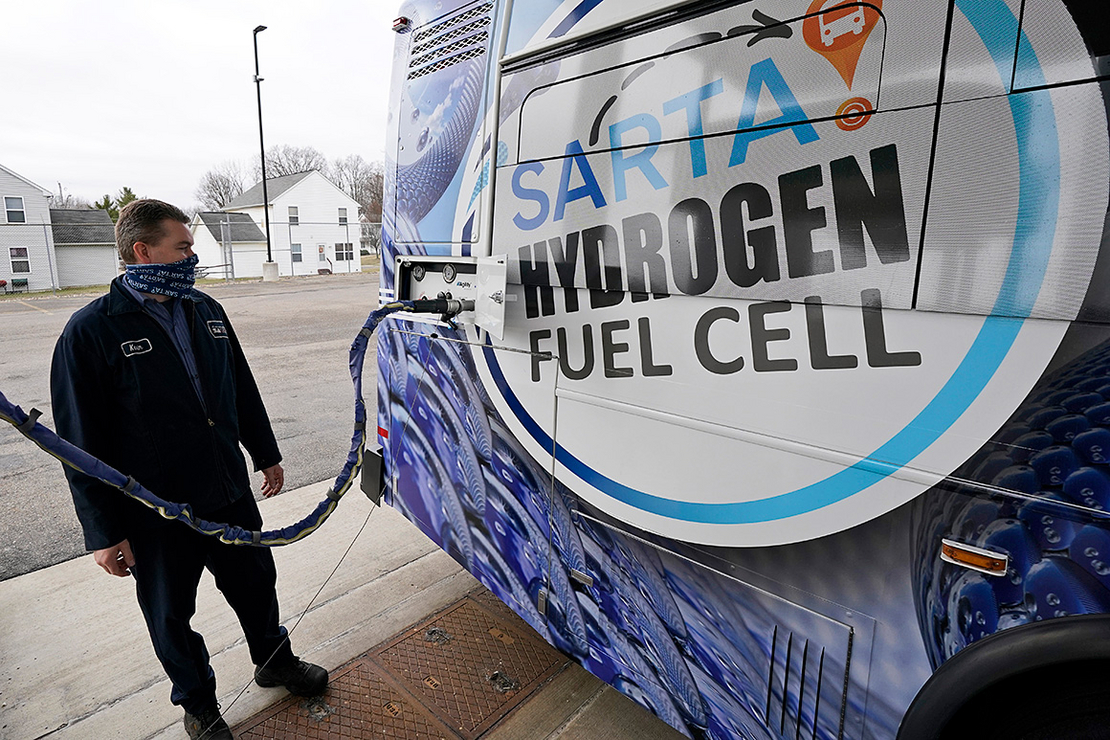 Lynn Rigsbee was sitting on her couch on a Tuesday morning last year when an explosion knocked her to the floor.

The blast came from a hydrogen plant a few hundred feet from her house in Long View, N.C., northwest of Charlotte. It broke doors loose from deadbolts, shattered windows and blasted a hole through her roof.

"The whole neighborhood was rattling," Rigsbee told a local reporter on the day of the explosion in April 2020. Reached by phone recently, she declined to comment, citing her attorney’s advice.

No one was injured, and OneH2 Inc. officials say that shows their safety protocols worked. But 60 houses were damaged. The home of Rigsbee’s neighbor was declared uninhabitable.

The blast is a reminder that, while hydrogen is having a moment, new sources of energy bring with them new dangers.

Hydrogen emits no carbon dioxide when burned and is increasingly seen as a way to reduce the risk of climate change (Energywire, April 22). But if it gets blended into the country’s energy mix at a large scale, hydrogen will raise some safety risks.

It is, after all, rocket fuel. Hydrogen can ignite more easily than natural gas and its flame is nearly invisible. It can also make steel brittle in pipelines, which can lead to leaks and ruptures.

In other respects, it’s safer than gasoline or natural gas. It’s not toxic and, when released, rises quickly away from the ground.

Hydrogen advocates acknowledge the dangers. But they say the risks are manageable and are being managed. Christian Tae, a clean energy policy analyst at the Natural Resources Defense Council, said the dangers of hydrogen shouldn’t be a "deal-breaker."

"Safety will always be an issue with energy," Tae said. "It’s all about mitigating risk."

Mitigating that risk is Nick Barilo’s mission. He’s both the hydrogen safety project manager at the Pacific Northwest National Laboratory and the executive director of the Center for Hydrogen Safety (CHS), part of the American Institute of Chemical Engineers. The center is an international nonprofit promoting hydrogen safety as the fuel has become more widespread in transportation, heavy industry and the power sector.

Barilo said scientists and industry are developing the codes and standards that will be needed to operate hydrogen infrastructure safely.

"There is a large amount of work being done around the world," Barilo said. The important thing, he said, is understanding and communicating the risks.

CHS has a database of more than 400 hydrogen accidents, presented as "lessons learned." Some were fatal, and the list goes back to at least the 1960s.

That highlights the dangers of hydrogen but also is a reminder that industry, scientists and regulators have been dealing with it for decades. Fuel cells and creating "green hydrogen" by using renewable energy for electrolysis are new concepts to most people. So is "blue hydrogen," which derives the gas from methane and pairs it with carbon capture. But whether produced by blue, green or "grey" methods, hydrogen gas itself remains colorless, odorless and highly flammable.

"Industry knows how to manage these systems," said Chris San Marchi, a researcher at Sandia National Laboratories who is researching hydrogen’s interaction with steel and other materials. The companies and officials involved, he said, simply need to apply the knowledge that exists.

There’s been little or no movement on federal regulation of hydrogen energy, but the Occupational Safety and Health Administration regulates worker safety at sites where it’s produced, and the Department of Transportation regulates pipelines and other methods of transporting it.

There are about 1,600 miles of hydrogen pipelines already in the United States, mostly in the refinery-heavy areas of the Gulf Coast. DOT’s Pipeline and Hazardous Material Safety Administration already regulates about 700 miles of those.

Meanwhile, there are about 48 hydrogen refueling stations in the U.S. — mostly in California, with a few dozen more in various stages of construction or planning, according to Department of Energy data.

Currently, industry is looking at blending hydrogen into natural gas pipelines at less than 20%. More than that would create "significant challenges," according to Columbia University’s Center on Global Energy Policy.

Below 20%, San Marchi said the limit on the ratio of hydrogen to methane depends on the machines and home appliances, like water heaters, at the end of the pipe. Standard low-pressure pipes like the distribution lines that deliver gas to people’s homes can generally handle hydrogen without much problem if they’re in good repair and not too old. But the appliances in those houses can handle only a modest amount of hydrogen blended in with natural gas.

Natural gas transmission lines are trickier to deal with because they operate under much higher pressures, he said. At high pressures, embrittlement can aggravate small cracks and dents in older pipes. That could lead to leaks or even ruptures. But the blend of hydrogen doesn’t matter as much, he said. Research so far, he said, indicates if a pipe can handle 20% hydrogen it can probably handle 100% nearly as well.

Burning hydrogen at a power plant to make electricity also presents issues, San Marchi said. For example, hydrogen burns hotter than methane. But again, that can be handled with an understanding of the metals being used and making the proper adjustments to materials and design.

Many gas-fired power plants can already operate with hydrogen blended into the natural gas, he said. And turbine manufacturers, he said, are developing systems that will be able to operate on 100% hydrogen.

"I expect we can make use of existing infrastructure to deliver low-carbon energy,” San Marchi said.

The prospect of burning hydrogen to generate electricity isn’t supported by those in the environmental community, like Tae. That’s because it generates nitrogen oxide, or NOx, a poisonous pollutant that contributes to smog.

Green groups want to see hydrogen used more for purposes where electrification is tougher, like making steel and fuel cells for long-distance trucking.

The hydrogen used in fuel cells is "a very flammable gas and can cause fires and explosions if it is not handled properly," the agency said.

As the smallest molecule, 14 times lighter than air and 57 times lighter than gasoline vapor, it rises far faster than most gases. Still, it can accumulate in confined areas, and those same properties prevent adding odorants like mercaptan, so it’s tough to know if it’s leaking indoors.

OSHA investigated the explosion last year in North Carolina and cited OneH2 for a violation of rules on "control of hazardous energy." The agency hit the company with a $2,100 fine.

OneH2 produces and distributes hydrogen primarily for use in forklifts. Attempts to reach company officials for comment were unsuccessful. But company President Paul Dawson did issue a statement on the day of the blast.

"Safety for our workers and our community is our top priority," Dawson said. "All safety systems operated including hydrogen tank pressure relief mechanisms and isolating valves."