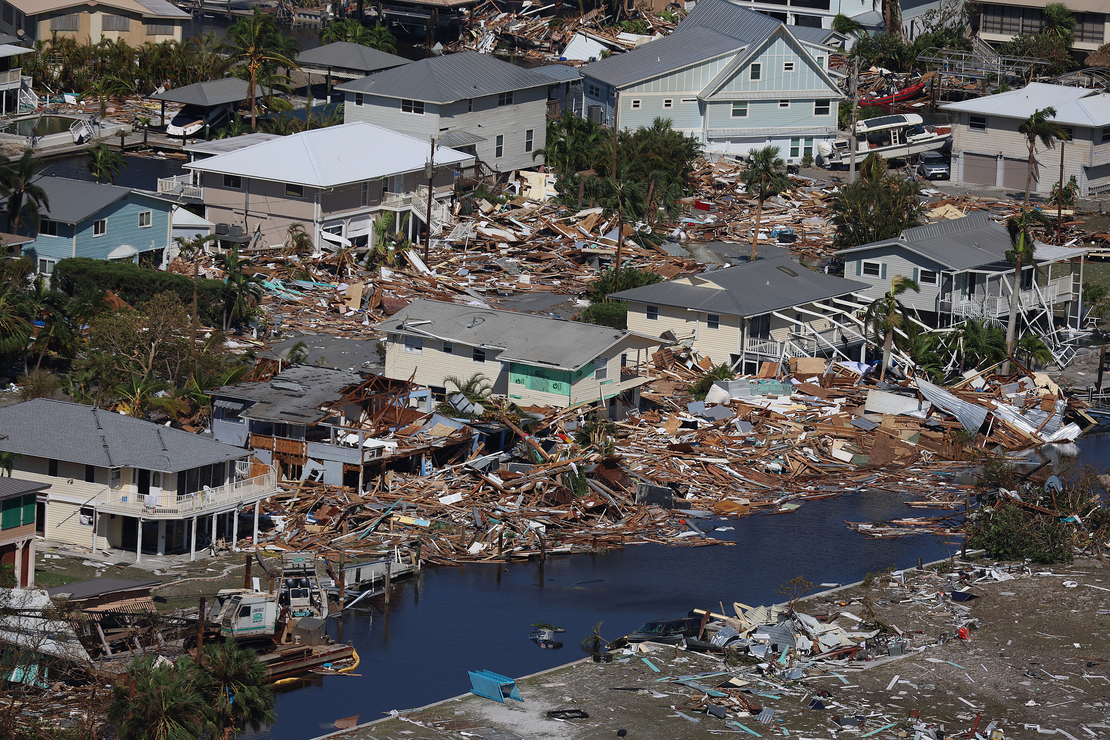 Politicians don’t always like the idea of sending federal funds to distant communities reeling from disasters like hurricanes, flooding or wildfires.

But when residents in their own state or district are suffering, it’s a different story.

Florida Republican Gov. Ron DeSantis’ about-face on federal disaster aid is the latest high-profile example of this phenomenon. On his second day as a congressman in 2013, DeSantis voted against a $9.7 billion spending bill to aid victims of Superstorm Sandy, which walloped the Eastern Seaboard in the fall of 2012.

DeSantis and freshman Republican Rep. Ted Yoho were the only two members of Florida’s congressional delegation to oppose the spending package, the Tampa Bay Times reported. DeSantis’ 2013 vote has been the subject of renewed scrutiny, drawing headlines in The New York Times and elsewhere now that he’s seeking federal relief in the wake of Hurricane Ian’s devastation.

DeSantis’ explanation at the time: Congress was spending too much money. The then-congressman said he sympathized with Sandy’s victims but that increasing the debt by $9.7 billion wasn’t fiscally responsible.

Disaster relief spending — an issue that long transcended politics — is no longer exempt from partisan warfare. And a brewing fight over relief spending in the wake of Hurricane Ian is just the latest example of politicians wanting a slice of federal aid when it helps their states or districts — but opposing spending when it advances their opponents’ objectives.

“It is amazing to me how politics get involved in disasters,” said Ed Thomas, a disaster response expert and president emeritus of the Natural Hazard Mitigation Association.

DeSantis isn’t the only Republican who opposed a spending measure to aid victims of Sandy in New York and New Jersey in 2013 before asking the government to help their own state in the wake of other major disasters.

Texas Republican Sen. Ted Cruz voted against a Sandy aid package in 2013, several years before he supported federal aid to rebuild Texas after Hurricane Harvey hit in 2017. Cruz told MSNBC at the time that he supported relief for Sandy but that he opposed the bill because it was “filled with unrelated pork.”

Democrats point to the Sandy aid vote in 2013 as a turning point in disaster politics.

“This is a somewhat recent phenomenon that goes back as far as Superstorm Sandy, where a handful of conservative Republicans voted against some urgently needed aid” directed at New York and New Jersey, said Jim Manley, a Democratic strategist and former Senate aide.

“There’s a norm that’s been destroyed,” said climate and energy consultant Dan Weiss, who also pointed back to Republicans’ votes against Sandy aid.

“The norm was, if you have something terrible happen to your state, I will help your state. And then you will do the same for me. But this doesn’t occur anymore, because you’ve got legislators who are so ideological that they are not willing to reciprocate.”

On Friday, when the House approved a stopgap spending measure that allows the Federal Emergency Management Agency to tap $19 billion to respond to Ian and other disasters, all 16 of Florida’s Republican House members opposed the bill (E&E News PM, Sept. 30).

Lawmakers are likely to get another shot at this debate; many expect that they’ll consider legislation to send additional funding to respond to Hurricane Ian (E&E Daily, Sept. 30).

“Florida’s U.S. House Republicans failed every family still reeling in our state who will soon need the federal government’s full strength and resources to rebuild and recover from the devastating effects of Hurricane Ian,” Rep. Debbie Wasserman Schultz (D-Fla.) said in a statement Friday.

The stopgap spending bill that President Joe Biden signed into law last week — narrowly avoiding the deadline for a government shutdown — passed mostly along party lines in the House, with the support of just 10 Republicans. In addition to keeping the government funded, it included $12.3 billion in aid for Ukraine and $20 million to respond to the water crisis in Jackson, Miss.

Rep. Yvette Herrell, a New Mexico Republican who serves on the Natural Resources Committee, tweeted Friday that she was proud to have worked with Democrats to include a measure in the spending bill to compensate people hurt by the Calf Canyon-Hermits Peak wildfire in her state earlier this year.

However, she said, she couldn’t “in good conscience” vote for Democrats’ “reckless spending” in the broader bill. She announced she’d be voting against it.