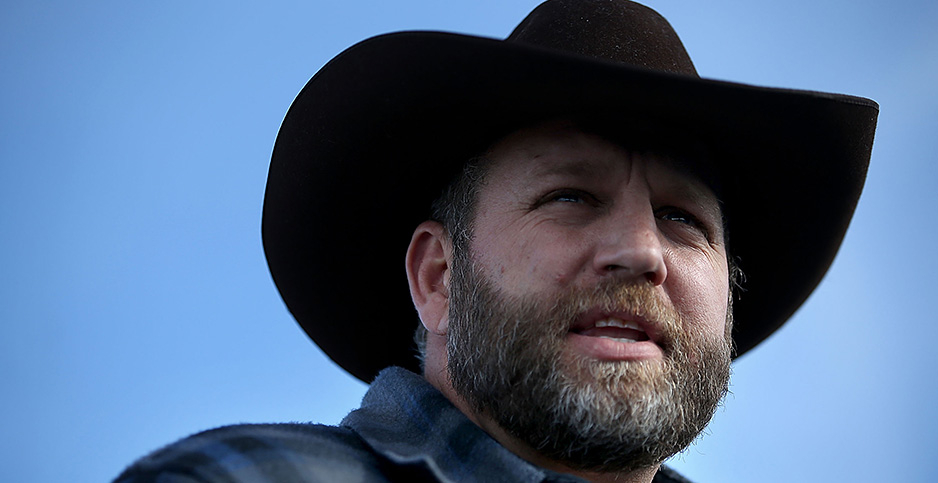 Idaho state Republicans are seeking to distance themselves from anti-government activist Ammon Bundy — characterizing his efforts as "chaotic political theater" — ahead of his anticipated gubernatorial bid.

Idaho state GOP Chair Tom Luna also criticized Bundy, noting that he is neither registered to vote in Idaho nor registered in public records as a Republican.

"We do not support his antics or his chaotic political theater. That is not the Idaho Republican Party, and we will not turn a blind eye to his behaviors," Luna said in a statement posted Friday to the state party’s Facebook account.

Bundy recently filed paperwork to run in the 2022 governor’s race and is expected to formally announce his bid at a June 19 event in Meridian, Idaho (Greenwire, May 24).

The Nevada native first rose to national prominence protesting federal land management during an armed standoff with federal land managers at his father’s ranch in Bunkerville, Nev., in 2014. He again grabbed attention during an occupation of the Malheur National Wildlife Refuge in 2016.

More recently, Bundy has established the People’s Rights organization, whose members aim to curb what they see as government overreach, including public health efforts aimed at stemming the COVID-19 pandemic (Greenwire, March 11).

Bundy is currently facing multiple misdemeanor charges stemming from protests at the Idaho state Capitol against those health restrictions and is scheduled to face trial later this month (Greenwire, May 21).

The state GOP’s statement opposing Bundy’s candidacy did not reference those incidents or the People’s Rights organization, but did highlight his support for the Black Lives Matter movement.

"Ammon Bundy wishes to divide our party, openly supports defunding the police, and has known alliances with the radical factions of the Black Lives Matter (BLM) movement," Luna said. "Republicans are the party of law and order, and Ammon Bundy is not suited to call himself an Idaho Republican let alone run for Governor of our great state."

But Bundy dropped plans to attend a BLM rally in Boise over concerns about potential violence from his fellow self-anointed "patriots."

"You must have a problem in your mind if you think that somehow the Black Lives Matter is more dangerous than the police," Bundy said at the time (Greenwire, July 21, 2020).

In a statement Saturday to Boise, Idaho, CBS affiliate KBOI, Bundy asserted that he had "never planned" on the backing of the state GOP.

"It would appear that the Idaho Republican Party establishment is taking me serious, as they should," Bundy said. "I simply fill out a half-page online form with the secretary of State and they lose their minds. … I never planned on their support in the first place so no sweat off my back."

While Idaho Gov. Brad Little (R) has yet to announce if he will seek reelection, other candidates — including Lt. Gov. Janice McGeachin (R) — are already flocking to the 2022 contest.

McGeachin recently won national headlines after issuing an executive order banning mask mandates in the Gem State, which she signed when Little was absent from the state to attend the Republican Governors Association meeting.