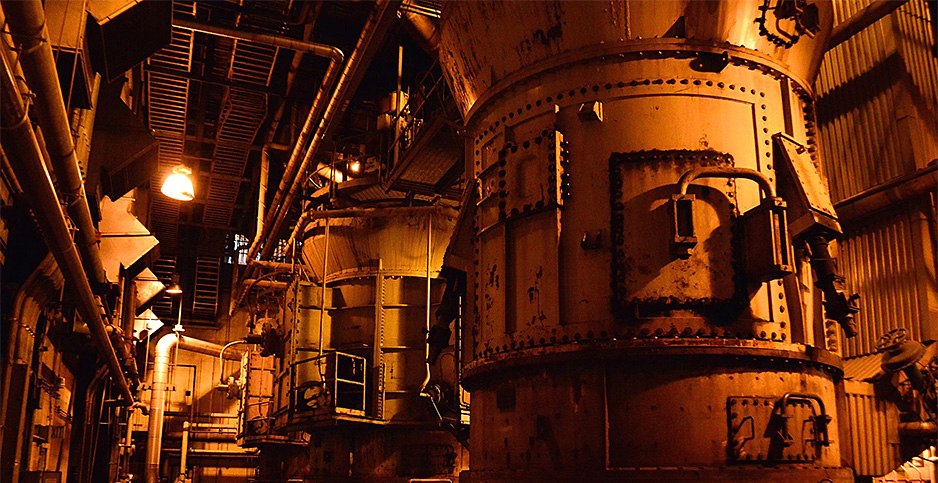 The interior of the Boardman Power Plant in Oregon, one of three coal plants from which Idaho Power previously sourced energy, is pictured. Idaho Power will stop burning coal by 2030 and plans to build a power line to bring new electricity sources to its service area. Ninjanabe/Wikipedia

Following the moves of other electricity providers in the Northwest, Idaho’s largest utility plans to eliminate coal-fired power by 2030.

But Idaho Power’s proposal for replacing that generation, which hinges on the construction of a controversial 290-mile transmission line, has drawn mixed reviews from some environmentalists who otherwise oppose fossil fuels.

The debate is one of several examples around the country demonstrating grid challenges with closing coal-fired power plants and the local opposition it can create. In North Dakota, for instance, the closure of the state’s largest coal plant prompted disputes about the fate of an associated power line that could boost wind development that faces opposition in some regions (Energywire, July 24).

Idaho Power announced this year that it would exit all three of the coal-fired plants it co-owns, and it further accelerated the exit date for one plant in October, saying that eliminating coal would save money. The plans were outlined in the utility’s most recent integrated resource plan.

The Boise-based utility will leave the 268-megawatt North Valmy Generating Station in Nevada as soon as 2022 — three years ahead of its previously projected exit date — and the 2,442-MW Jim Bridger power plant in Wyoming by 2030, according to its IRP. North Valmy and Jim Bridger are expected to close within the decade, and another coal-burning facility of which Idaho Power was a partial owner, the Boardman power plant in Oregon, closed last month (Energywire, Oct. 19).

While the utility’s shift away from coal drew praise from environmentalists because of the potential emissions cut, Idaho Power says that transition will be enabled by the Boardman to Hemingway (B2H) transmission project, a planned 500-kilovolt power line from northern Oregon to Idaho that some conservation groups oppose. The project is a joint venture of Idaho Power, PacifiCorp and the Bonneville Power Administration.

Developing B2H, which would connect Idaho Power’s service area to the Pacific Northwest electric market, is the utility’s "best option" as it moves toward 100% clean energy, Brad Bowlin, a communications specialist at Idaho Power, said in an email.

"Idaho Power considers the Boardman to Hemingway transmission line a central component of its plan to achieve the 100% clean energy goal," Stephanie Lenhart, a senior research associate at Boise State University’s Energy Policy Institute, said in an email. "However, the line has been controversial and has divided environmental interests."

A coalition of landowners, conservationists and others in eastern Oregon have tried to stop the project, filing a lawsuit in the U.S. District Court for the District of Oregon (E&E News PM, Nov. 14, 2019). The City Council in La Grande, Ore., also passed a proclamation last year against the project, the La Grande Observer reported.

Opponents contend that the power lines would unduly harm ecological and cultural resources, including sage grouse populations, and hurt the regional tourism economy. They say they would spoil some of eastern Oregon’s pristine views, including those associated with the historic Oregon Trail.

"Idaho Power could build renewables close to load, and they constantly drag their feet," Kreider said. "They wouldn’t even look at batteries in 2017."

The utility, however, maintains that the $1 billion transmission line would cost less than building new solar and wind farms or battery storage facilities. By boosting Idaho Power’s access to the Pacific Northwest market, which is increasingly dominated by renewables, it would also reduce carbon emissions, the company says.

The Idaho Conservation League has not taken a position yet on the project, and the group shares some of the same land use concerns of the Stop B2H Coalition, said Ben Otto, an energy associate at the Idaho Conservation League. Idaho Power also hasn’t released information about how it would ensure that the electricity transported through B2H would originate from carbon-free sources, Otto said.

"The transmission line is just a line. It’s just like a road," he said. "What matters is what travels over that line. So until we see real commitments that this line will be dedicated to clean energy, we’re hesitant to take a position."

Local opposition to large transmission projects is nothing new in the United States, and Kreider says the case against B2H is made stronger by the fact that power lines in the West have ignited wildfires in recent years.

Nonetheless, B2H has been approved by the Bureau of Land Management, and the Oregon Department of Energy’s Energy Facility Siting Council has issued a proposed order permitting the line in the five Oregon counties through which it would pass. That order is currently being contested by Stop B2H, a process that could last for up to a year, according to the Oregon Department of Energy.

"My guess is this will get built, but certainly in one segment of the environmental community, these are issues that will get raised over and over again," said Dennis Wamsted, an analyst at the Institute for Energy Economics and Financial Analysis (IEEFA), which advocates for a diverse and sustainable energy economy.

While the utility has not completed cost savings analyses associated with leaving the three coal-fired power plants, it estimates that exiting North Valmy by 2022 instead of 2025 would save about $3 million.

"We are just beginning further analysis to make sure that we can realize those cost savings while maintaining system reliability," said Bowlin with Idaho Power.

The pivot away from coal marks a shift for Idaho Power, which services eastern Oregon and much of Idaho, including the Boise metropolitan area. In 2011, Idaho Power relied on coal for 44% of its energy mix, and the company estimated that year that the fossil fuel would account for 26% of electricity production by 2030.

Unlike some other electric providers in neighboring Washington and Oregon, Idaho Power is not under a state mandate to phase out coal.

The strongest renewable energy target in Idaho is in the city of Boise, which last year passed a goal to move toward 100% clean electricity by 2035. While Idaho Power has separately committed to achieving net-zero emissions by 2045, its coal retirements appear to be based primarily on economics.

"They ran the analysis and found that economically, it made more sense to get out of coal," said Wamsted of IEEFA.