IEA chief Fatih Birol on trauma across the energy sector 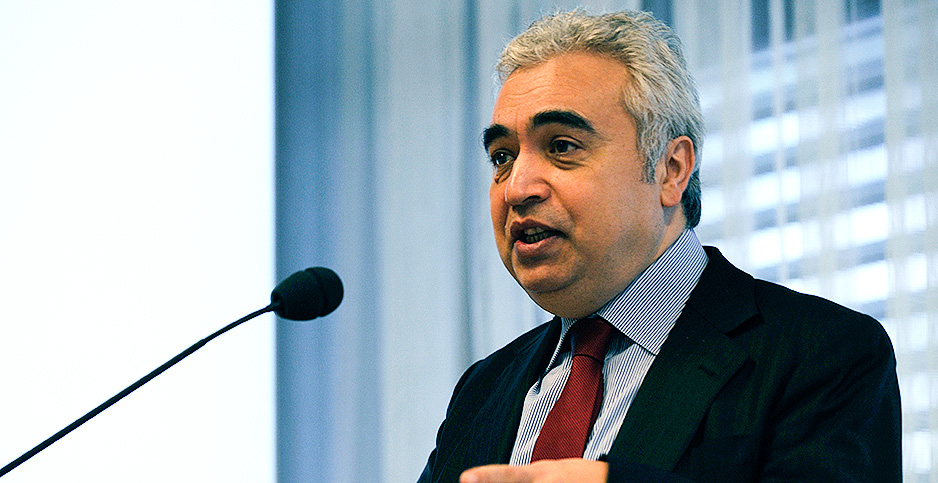 Fatih Birol, executive director of the International Energy Agency, is a thought leader on energy and climate issues. Dean Calma/IAEA/Flickr

The coronavirus pandemic has led to a historic drop in planet-warming emissions, but Fatih Birol is hardly cheering the trend.

"This is not something to celebrate. This is happening because of a pandemic that has caused premature deaths and economic trauma," Birol, the executive director of the International Energy Agency, said in a recent interview.

Instead, Birol believes emissions reductions should come from smart decisions.

"If we want to see emissions start to decline in a sustainable way, we need the right energy policies, including in the stimulus packages in individual countries and globally," he added.

Birol, 62, has emerged as a prominent voice on climate change and clean energy on the international stage.

The Turkish economist and energy expert came to IEA in 1995 after working at OPEC. He was appointed executive director in September 2015, a role that entails frequent speeches at international conferences.

In addition to his responsibilities at IEA, which issues the influential World Energy Outlook, Birol serves as chairman of the World Economic Forum Energy Advisory Board.

E&E News recently spoke on the phone with Birol from his home in Paris about the pandemic’s impact on emissions, the future of the fossil fuel industry and the potential for a "green" economic recovery.

The pandemic has led to a historic drop in oil demand. Do you see demand returning? And what does that mean for the future of oil and gas companies?

Oil demand will bounce back with the lifting of the lockdowns around the world, and hopefully, the recovery of the global economy. But this will be determined by how solid the global economic downturn is and what kind of policy measures governments put in place, especially in the transportation sector.

As far as the oil and gas industry is concerned, they are in the biggest shock of the industry in 100 years.

IEA expects global energy-related carbon emissions to fall by 8% this year amid the pandemic. What do you make of this historic drop?

We do expect that there will be a historic decline in emissions this year. And we expect the biggest decline to come from the United States. But this is not something to celebrate. This is happening because of a pandemic that has caused premature deaths and economic trauma. So there is nothing to celebrate.

If we want to see emissions start to decline in a sustainable way, we need the right energy policies, including in the stimulus packages in individual countries and globally.

Could emissions bounce back after the pandemic has subsided?

Well, after the financial crisis we saw in 2009, global emissions declined by about 0.4 gigatons. But the next year, emissions increased by 1.7 gigatons. It was the biggest increase in the history of global CO2 emissions.

Do you think the pandemic could lead to lasting behavioral changes that affect emissions, such as less driving or more working from home?

IEA released a report this week on how the coronavirus pandemic will affect new renewable power capacity. What were the main findings?

To sum it up, we see a major challenge for new renewable projects across the world, and this is a result of three major factors.

First, the economic downturn leads to squeezing of government budgets, which in many cases leads to a potential risk of declining support for renewables. The second factor is the declining financial health of medium and small companies that provide significant investments for new projects. And the third is lower natural gas prices.

So what does this mean in my view? It means that as renewables continue to decline in cost, the increasing competitiveness of wind and solar alone will not shelter renewables from the economic downturn. Therefore, government is more important than ever. If governments are serious about seeing an increasing share of renewables in their energy mix, they need to continue to support renewables through different mechanisms. In the absence of this support, renewable investment may take a serious hit.

You’ve repeatedly called for governments to devise "green" plans to stimulate the economy in the wake of the pandemic. What should a green stimulus look like?

Many governments around the world — in North America, Europe and Asia — are preparing stimulus packages that are once-in-a-generation in scale. And it will be very important to include the right energy policies to have a more resilient, clean and modern energy future after the COVID-19 crisis.

But we have to include the energy policies that will (a) help to create jobs, (b) help to boost the economic recovery and (c) accelerate the clean energy transition. I think there are many technologies that could be included in this, ranging from renewables to energy efficiency to hydrogen to carbon capture and storage. So this is why I believe that reaching our energy and climate goals will require us to have the right technologies in place.

Unlike some countries in Europe, the United States has largely omitted environmental provisions from its coronavirus relief packages thus far. Do you expect that to change?

I expect that the U.S. will also include provisions for the energy sector. It could be renewables; it could be small modular reactors for nuclear. But good news recently came from the United States, as well. Just last week, the U.S. Treasury made it official that they are keen on supporting the extension of renewable tax credits, which is a thing to be happy about.

I believe the U.S. has been the driver of global innovation, including energy, throughout the world. And I hope to see that these stimulus packages will give an additional boost to innovation for clean energy technologies in the United States and beyond.