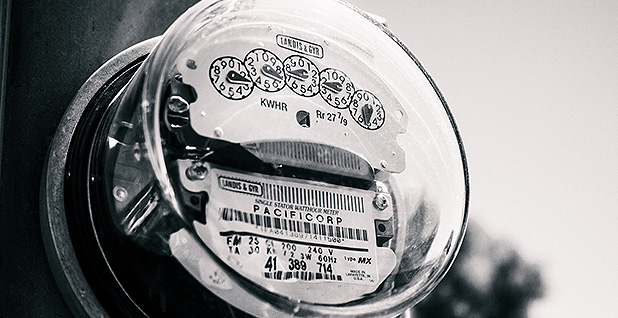 Reactions are pouring in to the Energy Department’s long-awaited grid study. Miguel Tejada-Flores/Flickr

A "schizophrenic" attempt to rescue the coal industry. A level-headed assessment. A "nothing burger."

That’s a sampling of reactions to the release late yesterday of a much-hyped, long-awaited report from Energy Department staff in response to Secretary Rick Perry’s concerns about coal and nuclear plant closures. Some are calling the 187-page compilation of federal data a Rorschach test for energy policy wonks.

"It’s a really complicated issue," said Ari Peskoe, a senior fellow at Harvard Law School’s Environmental Policy Initiative. "Finding the correlations and the causations is not obvious, and people see what they want when they’re interested parties."

While the report clearly blames cheap natural gas for driving the shutdowns of coal-fired and nuclear power plants without condemning renewable energy, critics say the clarity stops there.

The report’s eight policy recommendations stop short of calling for any regulatory or policy changes. Instead, the report uses "should" and "encourage" to nudge U.S. EPA toward easing rules on coal plants and the Federal Energy Regulatory Commission toward changing how wholesale power is traded. It also calls for relaxing permit rules for new nuclear, hydro and coal projects.

But Peskoe said those recommendations are hardly showstoppers.

Asked whether the document — now stripped of references to climate change — lays out a strategy for the Trump administration to save the coal industry, Peskoe replied, "If it’s a plan to save coal, it’s not a very good one."

Yet the dense technical language is fueling debate about DOE’s intent and how the industry or the Trump administration plans to use the recommendations.

DOE career staffers said yesterday that they agree with the research, findings and policy recommendations. And the author of a leaked version of the study — Alison Silverstein, a former FERC official and Texas energy consultant — called the final product "balanced and objective" without favoring "any specific resource, sector or position" (Energywire, Aug. 24).

But others say the absence of climate references and the chasm between the body of the text and the report’s suggestions for EPA, FERC and other agencies raise questions.

"Instead, they present a pro-coal agenda of President Trump, and show the fingerprints of a team of political appointees with long ties to the fossil fuel industry," said David Pomerantz, executive director of renewable energy policy watchdog group the Energy and Policy Institute.

Don Furman, a former executive at the utility PacifiCorp who now heads the Fix the Grid Coalition, commended the DOE staff’s "beautiful" work but said the bulk of the study doesn’t support its policy recommendations.

The bottom line, he said, is that coal and nuclear can’t compete in today’s energy markets.

"The conclusion that coal and nuclear are needed for reliability and resiliency — I went through the report in detail and found nothing that says we have to have these power plants or the lights are going to go out," he said.

Although the study remains relatively neutral on fuel types and concludes the grid is operating reliably, at least one mining-state lawmaker embraced the language as support for coal.

"I urge my colleagues to recognize that without coal, our country will face a reliability crisis in the very near term," Democratic Sen. Joe Manchin of West Virginia said. "This study recognizes the reality that today’s electric markets and market rules have tilted the playing field against traditional baseload generation, particularly nuclear and coal-fired power plants."

The senator’s comments were followed by DOE’s announcement of $50 million for two large-scale coal plants.

A flashpoint in the DOE report is a recommendation that encourages EPA to ease regulatory requirements for coal-fired power plants.

Specifically, the report suggests changes to the Clean Air Act’s New Source Review (NSR) program, which requires utilities to get pre-construction permits before building a new plant or making major changes to an existing one.

The report says uncertainty associated with NSR requirements "creates an unnecessary burden" that discourages installations of carbon dioxide emissions control equipment and efficiency investments "because of the additional expenditures and delays associated with the permitting process."

The authors also cited a 2002 EPA study — done at the request of a task force headed by then-Vice President Dick Cheney — that found the NSR program had led to project cancellations that would have improved grid reliability and efficiency. Without offering specific ideas, the new DOE report urges EPA to allow coal-fired plants to improve performance "without triggering new regulatory approvals and associated costs."

In those comments, the utility trade group warned that New Source Review concerns would create disincentives to making coal-fired plants run more efficiently and urged EPA to clearly state in the final rule that any efficiency-related upgrades — known as "heat rate improvements" — "do not trigger NSR."

John Walke, clean air director at the Natural Resources Defense Council, labeled the report’s findings "bunk" and said in an interview that he knew of no power producer that has sought to retrofit a power plant with CO2 emission controls or cited NSR requirements as a barrier to doing so. Walke also saw the authors’ reliance on the 2002 EPA report as evidence of Trump administration meddling.

"They have to give the politicos what they wanted, and to do that, they had to reach back 15 years rather than making the case based on today’s actual facts concerning coal-fired power plants," he said.

But Harvard’s Peskoe questioned what effect the report would have on the Trump EPA, which is already moving to ease regulatory burdens for coal.

"The EPA appears like it’s already heading in this direction," he said, "and this report isn’t likely to alter their course."