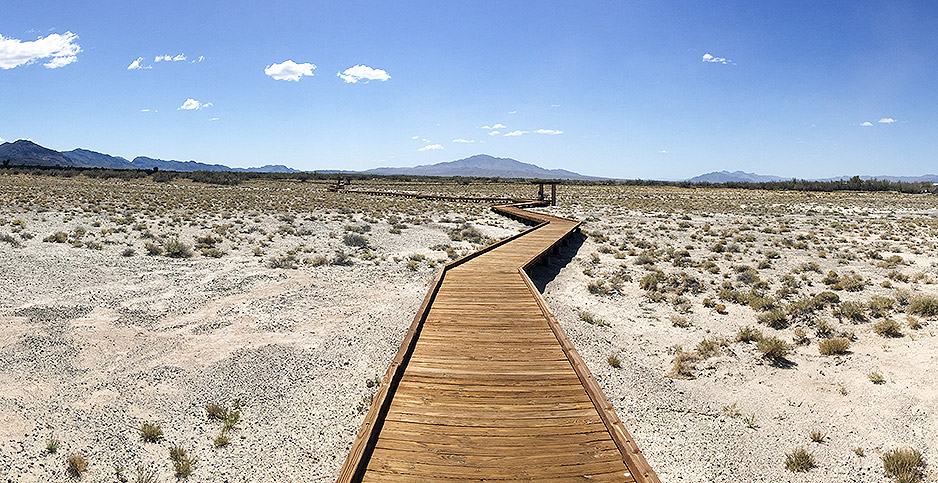 "That is a feeling that’s been among the people for a long time," Victor Fuentes told E&E News following a rally at the Ministerio Roca Solida campgrounds on Friday night during which a handful of speakers made demands for a more immediate solution.

"Why shouldn’t this dam be taken out first thing in the morning?" asked Bundy, who was interrupted by raucous applause and whistles. "If it was up to me, that’s where I’d be. But this is the Fuentes’ property, and they have to make that decision."

He added: "But if you do, and you need a piece of equipment, I’ve got an excavator, and I’ll bring it up."

But Victor Fuentes insisted after the rally that despite the numerous offers involving heavy construction equipment, he wants to see things done "the right way" in the ministry’s long-running legal battle against the federal government.

The lawsuit accuses the government of taking the plaintiffs’ land and water rights without compensation (Greenwire, April 20).

It’s the glacial pace of thise lawsuits, including the current case filed in 2016, and the failure on technical grounds of a series of earlier challenges that have frustrated fellow Nye County residents and other opponents of federal lands management.

He added, "I thought to myself the other day, I run a dairy down the road, wouldn’t it be kind of crazy if I took an excavator down here and started bulldozing" — the crowd interrupted with applause before he could continue — "and say that I had an employee that got signals mixed up and just happened to redivert a waterway back to where it originally was?"

But Goedhart added that he doesn’t plan to act on his "crazy thoughts," saying he would likely be arrested. But he noted that Carver’s actions landed him on the cover of Time magazine in 1995.

In a motion filed in December, John Cruden, the Justice Department’s assistant attorney general for the Environment and Natural Resources Division, denied any wrongdoing on the government’s part and asked for the lawsuit to be dismissed.

‘Somebody could die here’

Evidence of the former stream across the Fuentes’ property stands out: dead or fallen trees marked with black-and-white signs reading "legal evidence," an empty streambed and small pool where baptisms were performed, and a larger crater that was once a pond.

"It’s an amazing difference," Victor Fuentes told E&E News. "The water not only passes through our property; the water irrigates the underground source — and by them diverting the water, they deplete the water table of this property, and you can see the trees are dying."

In addition to its lawsuit in the U.S. Court of Federal Claims, Ministerio Roca Solida is raising funds to have its water rights adjudicated by the state engineer’s office, a process that could itself takes years.

In 2016 documents filed to the state engineer, FWS has indicated it would object on multiple fronts to the Fuenteses’ claims for a vested water right. The agency argued that an early owner of the property failed to convey water rights, and called the source of the Fuentes’ water, known as Carson Slough, "vague and ambiguous."

Court documents filed in a 2012 lawsuit in the U.S. District Court in Nevada show federal attorneys could also challenge the Fuenteses’ right to a "specific stream" rather than an amount of water.

He added: "Fish and Wildlife, [Bureau of Land Management,] and Forestry, they need to get out from our state. We don’t need them here."

"You’ve all seen the signs … where it shows the federal government owns roughly, or claims to own roughly, 90 percent of the state of Nevada? Well, when I’m governor, I will correct that," Bundy said, holding up a blue map of Nevada with the message "Welcome & Enjoy A FREE LAND By the People."

The formation known as Devils Hole is less than 4 miles from the Patch of Heaven camp. Also nearby is the Crystal Springs, a popular destination located a short distance from the refuge’s visitor center.

"After tens of millions of dollars in investment and ‘natural habitat restoration’ and perfection, we have less pupfish than we had 40 years ago," Goedhart said. "I call that a very bad return on investment."

One of the world’s rarest fish, it has long been at the center of controversy over attempts to preserve the 93-degree-Fahrenheit spring where it has lived for 10,000 years.

The site survived a legal challenge from nearby ranchers who sought to pump groundwater from the same aquifer as the spring; the Supreme Court upheld the monument designation in 1976 and agreed with a lower court’s ruling that water could not fall below a certain level.