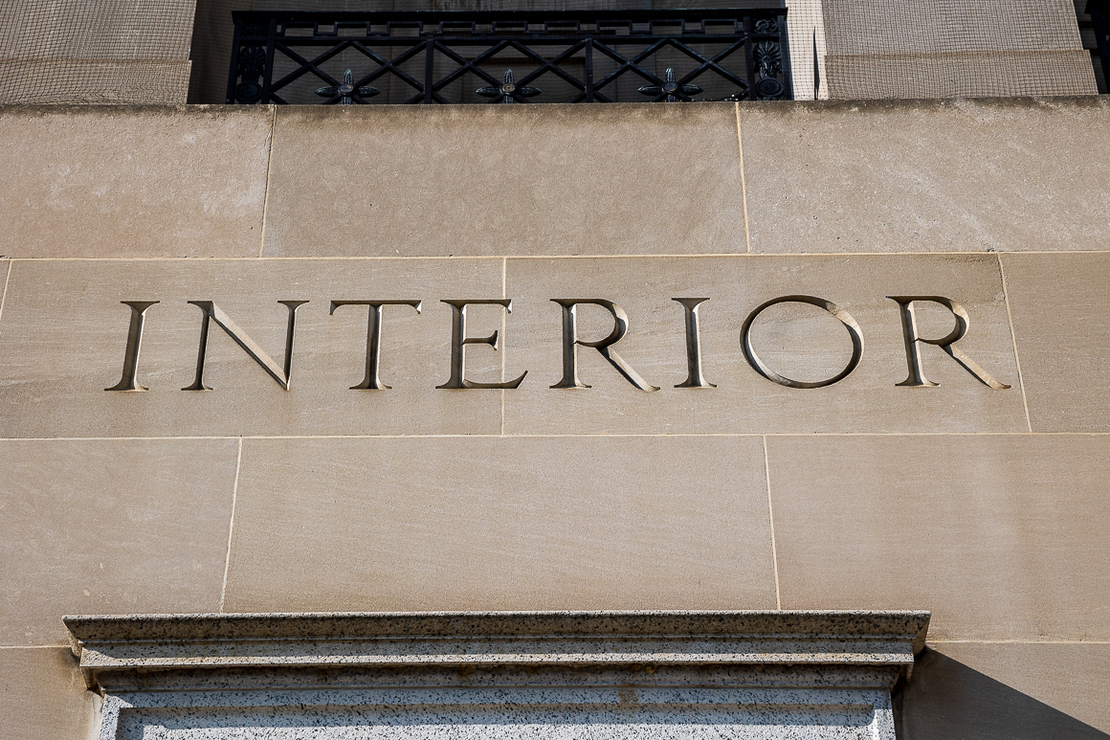 A Trump-era FOIA policy at the Interior Department caused some professionals to worry that “political considerations” were hampering the release of information, the department’s watchdog agency reported today.

In a long-anticipated report, Interior’s Office of Inspector General noted that the Trump administration’s ”awareness policy” for Freedom of Information Act requests “contained unclear language, which led to review-related delays and disagreements about records” as well as confusion about the policy’s requirements.

“FOIA professionals expressed the belief to us that actions taken pursuant to the awareness policy were prompted by political considerations,” the OIG reported. “The policy’s lack of clarity and the lack of guidance on how it should be applied may well have contributed to this perception.”

The stated intention of Interior’s FOIA awareness policy, which has since been rescinded, was to make department leadership “aware of impending FOIA responses on a case-by-case basis” and to enable them to “efficiently respond to queries and legal ramifications arising from FOIA responses.”

Critics, on and off Capitol Hill, raised alarms that the policy would allow political appointees to censor release of politically sensitive documents (Greenwire, Sept. 24, 2019).

The OIG reviewers, though, found that the department did not track public records requests that underwent awareness reviews, so it could not monitor the process or determine whether it affected the FOIA program’s timeliness, transparency and accountability.

“The review did not result in corrections to the FOIA records, and no reason for the lengthy delay was documented,” the new report noted.

The OIG found that on Nov. 13, 2018, the NPS received a request for records. Two weeks later, the NPS FOIA office coordinated an awareness review with three political appointees and one senior career employee.

An NPS FOIA professional then asked a career reviewer to prepare an explanation of the foreseeable harm of releasing the record and informed the reviewer that the record would be released if no harm could be identified. No analysis was ever provided.

At the reviewer’s direction, however, the office did not produce the responsive records to the requester pending resolution of the issue. NPS FOIA professionals contacted all of the awareness reviewers about the foreseeable harm analysis, but the career reviewer never provided one.

In another case cited by the OIG, a 2019 FOIA request for communications between then-Interior Secretary David Bernhardt and a Bureau of Reclamation official took 47 days from the initial awareness review to the final release. During that time, the awareness reviewers questioned the completeness of the proposed release and the responsiveness of the records provided.

On Feb. 5, 2019, the day after Bernhardt was nominated as secretary, the senior adviser who was serving as an awareness reviewer directed staff not to include responsive records mentioning the nominee in a release. As a result, the OIG noted that 253 pages of records were removed from the 1,481-page package of records (the remaining 1,228 pages were released). Most of the 253 pages were ultimately released in December 2019, approximately eight months after Bernhardt was confirmed in April 2019.

In another example, during a 2018 awareness review of email records, a political appointee directed FOIA professionals to run a second search for emails; this search required a different search tool, which reduced the number of responsive records from the 96 pages found in the original search to 16. This FOIA request was for copies of emails between an NPS congressional liaison and then-Interior Secretary Ryan Zinke’s wife, in which she asked the liaison to coordinate a national park tour for an official from a different agency and that person’s family.

Five organizations led by the Campaign for Accountability filed a complaint with the OIG in 2019 seeking an inquiry into the “Awareness Process for Freedom of Information Act Productions” adopted by Interior in May 2018.

Earthjustice filed a similar request, asserting that the process “has been subject to political interference by political appointees and non-career staff imposing barriers that prevented timely responses to requesters” (E&E News PM, June 17, 2019).