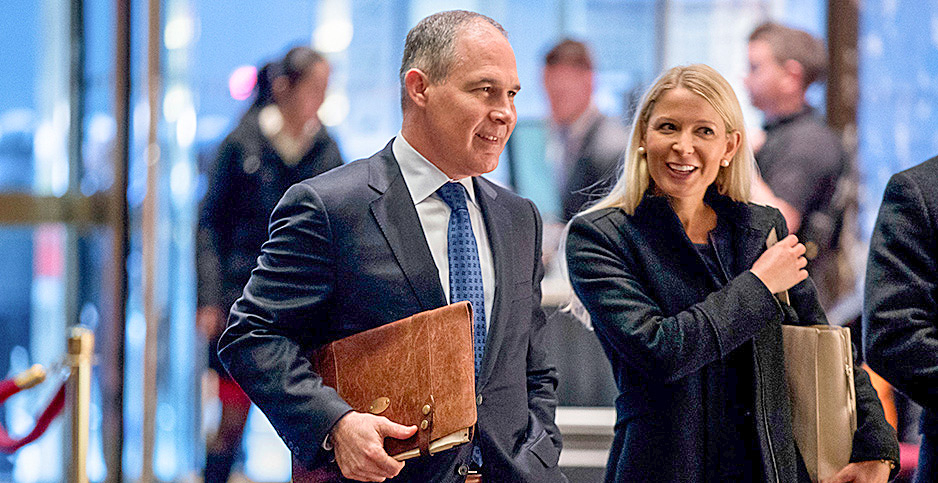 In a letter obtained by E&E News, EPA’s internal watchdog said it would look into allegations of time and attendance fraud by Dravis, EPA’s policy chief. She has announced she will resign from EPA this month, but the inspector general said charges that she did not show up to work for months required investigation by his office.

"While Ms. Dravis has subsequently announced that she is leaving the EPA, the issues you raise would not be answered by her departure. After analyzing your request, we have decided to conduct the requested review," EPA IG Arthur Elkins wrote in his letter yesterday to Environment and Public Works Committee ranking member Tom Carper (D-Del.).

An EPA official disputed the allegations against Dravis, saying she worked the entire time and has records to prove it.

Carper had sent a letter to the IG late last month saying he was informed that Dravis had not performed her duties for much if not all of November 2017 to January 2018 (Greenwire, April 9).

The senator cited the infamous case of John Beale, the EPA employee who told colleagues he was an undercover CIA spy to skip out on work. Beale eventually went to prison.

In his letter back to Carper, the EPA IG noted his office has been hampered by a sparse budget while Congress continues to add new mandates for it to complete.

"However, despite these constraints, we have determined that the issues raised in your letter are within the authority of the OIG to review and we will do so," Elkins said, adding the IG will tell Carper’s staff when the review is complete.

The EPA IG’s work likely will continue to grow.

In a separate letter yesterday, Kevin Minoli, EPA’s designated agency ethics official, told the Office of Government Ethics that he has referred ethics allegations that the office has raised against Pruitt to the IG.

"We will coordinate as closely as possible with the EPA IG as he carries out his review. To the extent that there are ethics issues to resolve, we will serve as the subject matter expert on those issues," Minoli said in his letter, which he shared with E&E News.