Immigrants might face storm dangers over risk of deportation 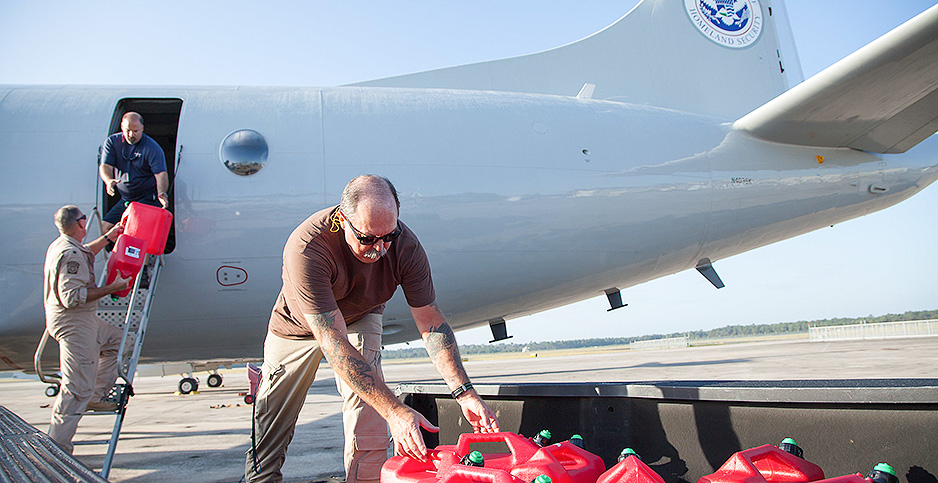 The day before President Trump’s dramatic announcement on July 12 that immigration authorities would make mass arrests in the coming days, the Department of Homeland Security sent a different signal.

"There will be no immigration enforcement initiatives" at emergency shelters or evacuation checkpoints as people fled the path of Hurricane Barry, the department said in a little-noticed statement on July 11. "Our highest priority remains the preservation of life and safety."

Both Barry and Trump’s immigration raids fizzled. But the announcement by DHS highlighted the growing fear of many immigrants when it comes to seeking help during disasters.

Now, some immigrant advocates fear that Trump’s statements about stepping up immigration enforcement, restricting legal immigration and building a wall along the U.S.-Mexico border could make immigrants so fearful of encountering authorities that they might ignore evacuation orders. The fear applies to immigrants regardless of their legal status because many immigrant families are a mix of people who are in the United States legally and illegally.

"People are afraid of everything right now because of the constant media attention and constant focus by the administration on trying to deport people, build walls and detain people," said Sui Chung, an immigration attorney in Miami. "As we go into hurricane season and we see more natural disasters, maybe we will see people will be too terrified to seek safety."

People who are in the country illegally or who have relatives that are face heightened health risks during disasters, a study in the American Journal of Public Health found in December. Those people may avoid seeking emergency health care or help from authorities "out of fear that they may be reported to federal immigration enforcement officials or because they believe that they do not qualify for such services," the study found.

"In recent years, the risk of deportation has grown, increasing the likelihood that immigrants may decide against seeking help in the event of a disaster," it added.

DHS has issued advisories about withholding enforcement activities during some major disasters for at least 11 years, records show. The advisory concerning Barry was the first one this year. Last year, advisories were issued for Hurricane Florence, which hit the Carolinas in September; Hurricane Michael, which hit Florida in October; and for California’s wildfires.

All of the advisories issued since last year contained the same strong language: "There will be no immigration enforcement initiatives associated with evacuations or sheltering … except in the event of a serious public safety threat." Earlier advisories gave no such assurances and said instead that "enforcement operations will not impede the evacuation and sheltering of residents."

DHS publishes advisories in English and Spanish on its website and through social media and news media, said Richard Rocha, a spokesman for the department’s Immigration and Customs Enforcement agency.

Rocha declined to explain how the department decides whether to issue an immigration advisory before an impending disaster. "Every situation is evaluated on a case-by-case basis," Rocha said in an email.

A 2018 study found that after Harvey, immigrants in Texas were far less likely to apply for disaster aid from FEMA than U.S.-born residents. Nearly half of the immigrants surveyed by researchers from the Kaiser Family Foundation and Episcopal Health Foundation said they were worried that applying for help would draw attention to their residency status or the status of a relative, the study found.

Immigrants in the United States illegally cannot receive FEMA cash grants for housing and emergency expenses, but they can seek FEMA benefits on behalf of a child who is in the country legally.

Immigrants’ reluctance to seek disaster aid reflects a growing wariness of applying for other federal benefits such as Medicaid, food stamps and housing assistance.

That fear was heightened in October 2018 when the Trump administration said that in deciding whether to approve someone’s application for lawful permanent residency — a green card — it would look at whether the person had received benefits. Those who did would be less likely to get a green card because they would be considered more likely to be reliant on the federal government.

The new policy has not taken effect. But the Trump administration’s immigration stance has undone years of efforts by advocates to assure immigrants that they could receive federal benefits without jeopardizing their residency status, said Samantha Artiga, director of Kaiser’s Disparities Policy Project.

"It will be a huge challenge to overcome because the fears are so substantial," Artiga said. "At the same time, families are worried that policies may continue to change in the future. We’ve continued to see policy evolve over the last couple of years."