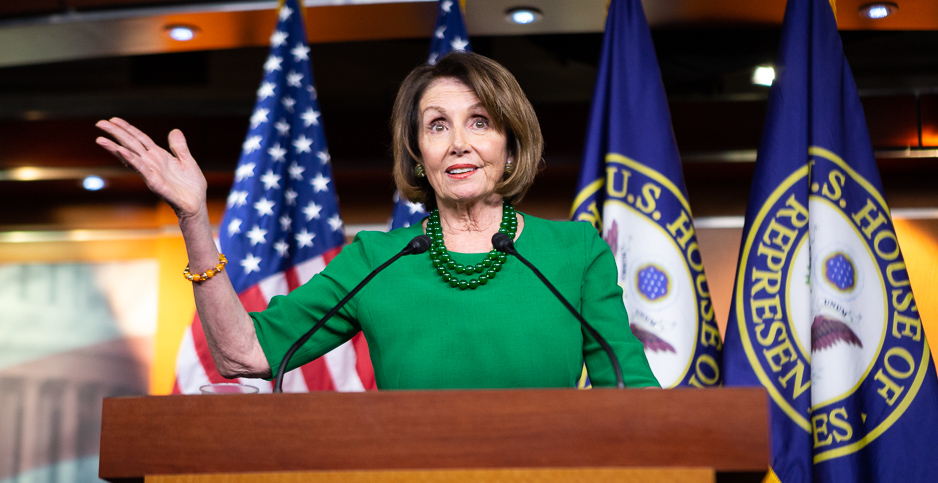 House Speaker Nancy Pelosi (D-Calif.) and House Democrats are laying the groundwork for a vote on impeachment against President Trump. Francis Chung/E&E News

After resisting Republican calls for a formal vote on opening an impeachment inquiry, House Democrats this week will bring a resolution to the floor that "affirms" the ongoing activities already undertaken by several committees to investigate the Trump administration’s actions in Ukraine.

Text of the resolution, which will be marked up by the Rules Committee tomorrow, was unavailable, but it would be the chamber’s first vote on impeachment.

It responds to complaints by the White House and Republicans that the House’s inquiry is invalid because there hasn’t been a formal vote to open the investigation (Energywire, Oct. 9).

Energy Secretary Rick Perry, who earlier this month did not comply with a deadline to submit subpoenaed materials, suggested this weekend he would do so if the House formally voted to open an impeachment inquiry (Energywire, Oct. 28).

"The United States Congress is not following both their rules and precedent with this, and until they do that, I don’t intend to be a participant in what I consider to be not only illegal, but improper," Perry told the Associated Press while in the United Arab Emirates. "They need to have a vote."

In a dear colleague letter to her caucus, Speaker Nancy Pelosi (D-Calif.) yesterday dismissed the Trump administration’s argument that a formal impeachment inquiry vote is necessary as "made up — apparently out of whole cloth — in order to justify its unprecedented cover-up, withhold key documents from multiple federal agencies, prevent critical witnesses from cooperating, and defy duly authorized subpoenas."

The resolution "affirms the ongoing, existing investigation that is currently being conducted by our committees as part of this impeachment inquiry, including all requests for documents, subpoenas for records and testimony, and any other investigative steps previously taken or to be taken as part of this investigation."

The measure will also lay out a process for public hearings; authorize the disclosure of deposition transcripts; and establish procedures for transferring evidence to the Judiciary Committee, which would consider articles of impeachment, as well as laying out "due process rights" for the president and his attorneys.

"We are taking this step to eliminate any doubt as to whether the Trump Administration may withhold documents, prevent witness testimony, disregard duly authorized subpoenas, or continue obstructing the House of Representatives," Pelosi wrote yesterday.

House Intelligence Chairman Adam Schiff (D-Calif.) said last night his committee would take the lead in holding public hearings because it would be unwieldy to hold them across multiple committees.

Schiff did not name what specific witnesses he would call, but did not rule out Energy Department officials.

"There are any number of witnesses from the State Department, [National Security Council], White House, Defense Department and perhaps elsewhere — Energy Department — that have relevant information and that we’d like to hear from,” he said.