In age of super-commutes, activists want condos, not parks 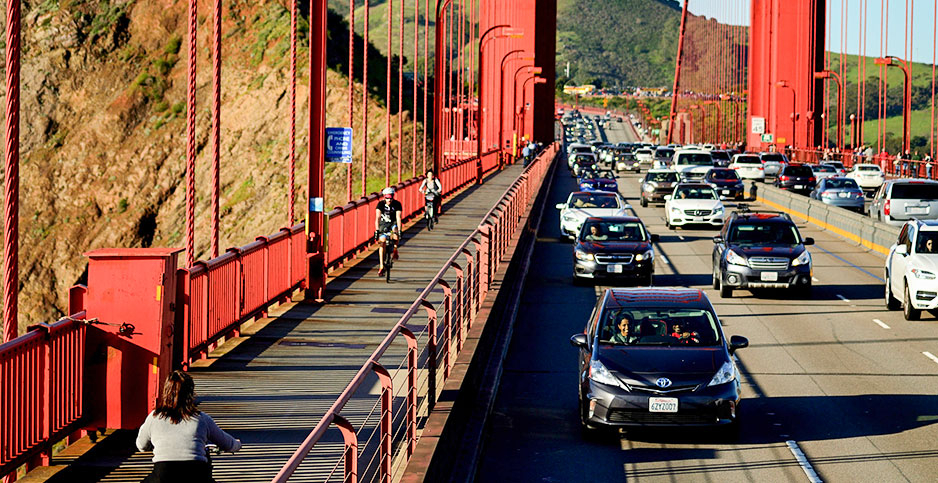 "The commute gets a little longer every month," said Becker. "It sucks. But it is what it is. We’re fortunate enough to be able to afford a home at all."

‘It gets a little crazy’:
An interview with a San Francisco Bay Area commuter 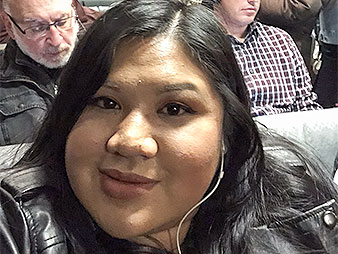 Editing and production by Evan Lehmann and Camille von Kaenel.

Nearly 40 percent of California’s greenhouse gas emissions come from transportation. That’s double what’s released from the electricity sector. The contribution keeps ticking up as more people drive — and as they drive longer distances. The state has cleaned up its smokestacks, but air regulators say it will be impossible to meet California’s climate goals without tackling its complicated relationship with cars.

Now battle lines are forming in the state Legislature, where a sweeping new bill would boost housing density near transit centers. Urbanists say it’s the climate movement’s "next defining fight."

"If you’re serious about fighting climate change, you need to be worried about housing," said Brian Hanlon, a lobbyist for YIMBYs in Sacramento and executive director of California YIMBY. "It’s going to stir up some shit because Californians love their cars."

In San Francisco, the average monthly rent is $3,400, according to the rental site RENTCafé. Compare that with the average city rent nationwide: $1,200. The cost of living in the Bay Area is inflated by the high salaries of tech workers, a market impulse that leaves poorer people with fewer places to live. California can only house 21 out of every 100 renters with extremely low incomes. That’s 10 less than the national average.

Trauss and her growing group of followers began suing cities for disapproving new housing projects. Developers paid some of their attorneys’ fees. The activists showed up at local government meetings with signs, and they waged war online.

The fight can lead housing activists to wrestle with environmentalists over constructing apartment buildings instead of parks. That’s happening in Livermore, Calif. Earlier this month, YIMBY activists descended on a city council meeting in Millbrae, Calif., to urge officials to approve a 400-unit housing project on a parking lot near a train station.

"A lot of the people fighting these developments are the same people driving around with bumper stickers about climate change," said Goldin. "They just don’t connect the dots."

Trauss, the de facto leader of this new army, originates a constant stream of snarky tweets and sometimes flamboyant tricks, like running YIMBYs against anti-development candidates for the board of the local Sierra Club. She didn’t get her driver’s license until she was 29, choosing to bike instead.

Now, she’s running for San Francisco’s Board of Supervisors.

YIMBY foot soldiers have found another hero in Scott Wiener, who was elected by San Franciscans to the state Senate in 2016 after his pro-housing stint on the Board of Supervisors. Faced with his district’s ballot requirement of having a Chinese name, because of its many Chinese speakers, Wiener, who is 6 feet 7 inches, chose Wei Shangao. It means "bold, majestic, charitable and tall."

Last summer, he was instrumental in the state Legislature’s passage of new housing laws, including his own, which streamlines the permitting process for affordable and market-rate housing.

"We’re at a point in California where we can’t just keep going in the direction we’ve plotted out in the ’50s and ’60s, where everyone owns a single-family home. There’s too many people here," Wiener said.

"Developers don’t want to be bothered to make it work better," Kathryn Phillips, the director of the California Sierra Club, said about the environmental review process. "The YIMBYs have been potentially used by those interests."

Others say the activists are offering a veneered solution to the deeply rooted problems of California’s housing shortage. Decades-old housing policies have encouraged single-family homes, like a constitutional amendment that keeps property taxes artificially low, even as home values doubled or quadrupled.

"The lure of the YIMBY argument is it’s a simplistic answer," said Stu Flashman, an Oakland-based environmental attorney. "Dealing with the housing crisis we’ve got in California is a complicated issue."

One of them, Victoria Fierce, a self-proclaimed "techie gentrifier," said, "We just can’t wait anymore.