In Arctic villages to Venice, artifacts imperiled by warming 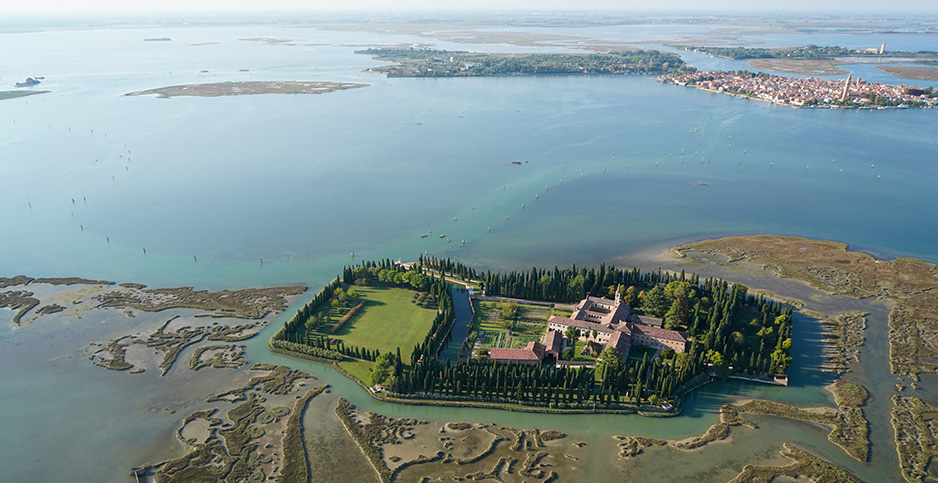 Much has been made of how climate change is likely to affect the future, but archaeologists and conservationists increasingly are sounding the alarm about the threat that global warming poses to the past.

Vulnerable areas include prehistoric sites in the Arctic, Greco-Roman ruins along the Mediterranean Sea and thousands of locations across the southeastern United States.

The dangers aren’t the most obvious ones either.

Though rising sea levels are a looming and significant threat, several recent studies have highlighted other worries — such as the potential damage that could be inflicted on the archaeological record by populations forced to move because of climate change.

Taken together, global warming is "one of the most serious challenges our profession has ever faced," said David Anderson, a professor of anthropology at the University of Tennessee, Knoxville.

Anderson and several researchers published a paper in 2017 that attempted to identify the danger that climate change poses to archaeological sites across the southeastern United States.

The results were sobering.

By combining estimates of sea-level rise with information from the Digital Index of North American Archaeology, a catalogue of archaeological sites, they estimated that nearly 20,000 sites in the Southeast were at risk of being underwater over the next 80 years.

"It is clear that small increases in sea level will have great consequences on the coastal archaeological record," they wrote. "Assuming current projections hold, and the sea level rises approximately one meter by the end of the century … a total of 19,676 currently recorded archaeological sites will be submerged."

In an interview, Anderson identified several jewels that were threatened. Those include ruins at centuries-old St. Augustine, Fla., one of the first European toeholds in the continental U.S.; a historical landmark called the Battery in Charleston, S.C.; and even launch sites at NASA’s Kennedy Space Center.

"There are indeed sites of all time periods at risk," he said.

"While such activities may slow or even halt the inland advance of coastal waters in some areas, they would also likely cause significant damage and destruction to existing heritage resources," the researchers noted.

The National Park Service recently tried to quantify the danger by pointing out that more than a quarter of the units under its authority lie along coastlines and are at risk.

That includes places such as the Wright Brothers National Memorial, which faces the threat of a rising sea, according to a recent agency report.

"Given elevations within the park, this may not inundate a large area of the memorial, unless combined with other factors such as a storm surge," they wrote. "For example, the park may be almost completely flooded if a category 2 or higher hurricane strikes on top of inundation from sea level rise."

There are other worries, too.

One former federal official said that archaeologists are concerned about rising levels of groundwater — spurred by climate change — at Jamestown, the first permanent English settlement in what is now the United States.

"That really raised the alarm bells in my head," said Marcy Rockman, who until recently served as the climate change adaptation coordinator for cultural resources at the National Park Service.

She said the danger there is that the archaeological record at Jamestown could be saturated from the bottom up and eroded from the sides — a situation Rockman said made her think about other unseen dangers of climate change on archaeology.

"We may be missing some of the greatest stresses," she said.

She said archaeologists long have been concerned about environmental degradation of historic sites, but it’s only recently there has been an effort to catalogue the risks.

"We are realizing that we don’t have all the data that we need to identify what these climate change impacts are and how rapidly they are happening," she said.

It’s a situation that a colleague of Rockman’s once compared to a burning library. And one that’s getting especially hot in certain areas, she added.

"There are some libraries in the Arctic that are burning right now," Rockman said.

Arctic scientists came to a similar conclusion in a paper published last year in the journal Antiquity. They noted that the Arctic has "warmed at a rate of more than twice the global average since the 1980s" and that the region’s frozen conditions — which long have helped preserve the archaeological record — are rapidly melting away.

"The cold, wet climate of the Arctic has led to the extraordinary preservation of archaeological sites and materials that offer important contributions to the understanding of our common cultural and ecological history," they wrote. "This potential, however, is quickly disappearing due to climate-related variables, including the intensification of permafrost thaw and coastal erosion, which are damaging and destroying a wide range of cultural and environmental archives around the Arctic."

The authors estimated there are about 180,000 registered archaeological sites in the Arctic, though only a fraction of them have been investigated — and some may never be. "It is often assumed that the remoteness and the climate associated with these sites provide protection enough," they continued. "However, climate change means that this may no longer be the case."

The anxiety extends far beyond the Arctic. Another study from last year looked at 49 World Heritage sites in the Mediterranean region and found that the majority of them are already at risk for floods or coastal erosion. Climate change, they warned, will make them more vulnerable.

"Risk will increase in the course of the century, its magnitude depending on the rate" of sea-level rise, wrote the researchers, whose findings were published in the journal Nature Communications.

Several locations were considered "very high risk" for future coastal erosion. Among them: the Archaeological Ensemble of Tárraco — a site that the UNESCO World Heritage Centre defines as "the first and oldest Roman settlement on the Iberian Peninsula."

Also listed as vulnerable: the ancient city of Ephesus, home to what’s left of the Temple of Artemis, one of the Seven Wonders of the Ancient World.

To protect these and other sites, the authors wrote there was an "urgent need for adaptation." But that response can’t be the only recourse, they argued. Fighting climate change also is important.

"Mitigation efforts are as much needed as adaptation to protect our common heritage from being lost," they wrote.

Ultimately, however, experts such as Anderson and Rockman said the field of archaeology soon could be forced to make hard choices on which sites or areas it would need to triage in the face of climate change.

One idea "is a commitment, like that last seen in the Great Depression, to document that which will be lost if the effects of sea level rise are not mitigated," wrote Anderson and his team in their paper.

"This time, instead of rescuing information from sites in reservoir floodpools as was done by the Tennessee Valley Authority … much of the work will need to occur in coastal areas or where the resettlement of displaced populations will occur," they said.