In EPA’s review of mercury rule, some see lifeline for coal 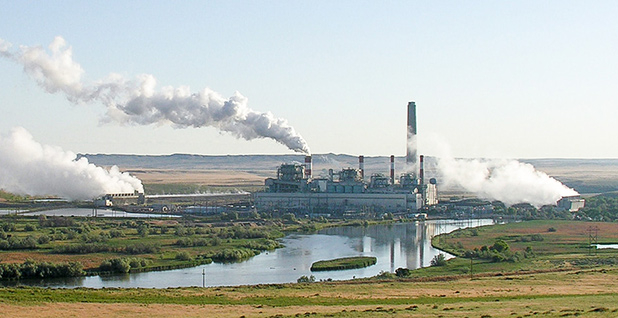 When EPA announced yesterday it was reconsidering a power plant rule with which major utilities already comply, many saw it as a largely fruitless exercise.

But struggling coal-fired power plants saw it as a lifeline.

Whatever damage came from the Mercury and Air Toxics Standards, or MATS, is already done in the eyes of big players like Duke Energy Corp. and American Electric Power Co. They’ve installed the technology to reduce pollution that MATS required. Aging reactors that shut down rather than add the costly kit aren’t coming back (Greenwire, Aug. 29).

But a clutch of coal-saturated utilities see an avenue for avoiding "Armageddon," according to an industry attorney.

Those utilities want to move regulations for mercury and other pollution out of one section of the Clean Air Act and into another — the one EPA is using to set limits for carbon — to avoid more stringent future regulations that could signal a death knell for the nation’s most coal-intensive reactors.

"Legally what he’s suggesting is bonkers, but it’s fascinating," John Walke, director of the federal clean air, climate and clean energy program with the Natural Resources Defense Council, said of the case being raised by those attorneys.

At issue is what’s known as the "Risk and Technology Review" under the Clean Air Act’s Section 112, a provision that requires a check-in eight years after developing pollution standards to see whether initial controls have done enough to eliminate or reduce the risks of cancer, heart and lung ailments, and other public health problems. There’s no negotiating; that review comes in 2020 for power plants so long as the MATS rule developed in 2012 remains in effect.

What concerns coal-saturated power operators is that environmental groups will use the findings from those reviews to press for stricter standards on a host of pollutants. That would include particulate matter — tiny soot particles — the reduction of which generated a significant amount of benefits for the Obama administration’s now-defunct climate rule, the Clean Power Plan.

Officially, those utilities are arguing that re-evaluating MATS and placing it under Section 111(d) — which the Trump and Obama administrations used to impose carbon emissions rules for power plants — would satisfy the "112 exclusion."

That argument claims EPA cannot regulate power plants under Section 111(d) if those facilities also face rules under Section 112. They see EPA’s move yesterday to reassess whether the Obama administration’s determination to regulate mercury and air toxins was "appropriate and necessary" as the starting point for shifting the program from 112 to 111(d).

"The EPA has an excellent opportunity now to streamline its regulatory approach under Section 111(d), encourage the states to play a meaningful role in the regulatory process, and allow the kind of flexibility and sensitivity to local needs that the Clean Air Act was intended to promote," Andrew Grossman, an attorney with BakerHostetler, said in an email.

Unofficially, the situation is a little different.

"It’s about what the environmental groups will use those reviews to do and what D.C. Circuit Court judges would do to EPA," the utility attorney said. "The first war on coal was about [sulfur dioxide]. And the second will be on particulate matter."

In fact, many utilities want EPA to keep the MATS rule. Because most have complied with the rules — chalked up as the costliest in EPA history — there’s little upside to ditching it now.

The developing strategy from those looking to squash the 112 program exposes a subtle division among utility industry lawyers, Walke said.

Some attorneys who represent utilities that have spent billions of dollars complying worry that undoing and rewriting the MATS rule would take too long. That means it could park the Risk and Technology Review squarely within a Democratic administration rather than a more sympathetic Trump EPA.

"That July letter strongly promotes moving straight to that process, to the residual risk process," Walke said of the letter from utility organizations and labor unions. "They want the Trump EPA to complete it. They want Bill Wehrum to say, ‘We don’t want you to do any more.’"

But industry attorneys on the other side of that argument worry about the effects the reviews would have on power plants that use only electrostatic precipitators to remove pollutants rather than scrubbers, the latter of which Walke said are more effective. Those are the types of facilities that could come under greater pressure from actions resulting from that review.

"The issue going forward is there is a future round of standards," the utility attorney said.

Proponents of that legal opinion argue that the section the Obama administration used for MATS was always imperfect for power plants. That part of the Clean Air Act was intended for a national program, but power plants use different types of coal for various reasons and compete regionally, not across the whole country.

"This claim is valid. In general, coal plants that burn eastern coal had a much more expensive compliance pathway than coal plants that burn [Powder River Basin] coal," Brian Potts, an environmental and energy attorney and partner at Perkins Coie, said in an email, though he wasn’t commenting on the overarching legal play.

Still, doing what those utilities envision — shifting the regulatory program from Section 112 to Section 111(d) — is no easy task, Potts said.

That, essentially, is what EPA tried to do under President George W. Bush, Potts said. Courts struck down the Clean Air Mercury Rule because they said the agency lacked authority to simply delist power plants from Section 112 and replace it with a cap-and-trade program.