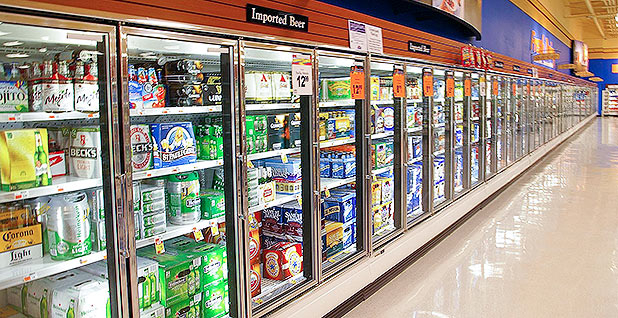 The court found that the Obama EPA exceeded its authority under the Clean Air Act with a 2015 rule that eliminated some uses for hydrofluorocarbons (HFCs) — which were previously accepted as alternatives to ozone-depleting substances — and approved certain replacements.

The three-judge panel of the U.S. Court of Appeals for the District of Columbia Circuit sent the rule back to EPA.

"However much we might sympathize or agree with EPA’s policy objectives, EPA may act only within the boundaries of its statutory authority. Here, EPA exceeded that authority," Judge Brett Kavanaugh, a George W. Bush appointee, wrote for the court.

President Obama had made phasing out HFCs, which were listed as replacements for ozone-depleting substances in 1994, at home and abroad a key part of his administration’s plan to address climate change. While short-lived in the atmosphere, HFCs are thousands of times more potent as greenhouse gases than carbon dioxide.

The EPA rule in 2015 effectively banned 38 individual HFCs or HFC blends in 25 uses in four industrial sectors: aerosols, air conditioning for new cars, retail food refrigeration and foam blowing. It was the first of two phaseout rules that EPA issued during the Obama administration (Climatewire, Oct. 3).

The legal question at the center of the lawsuit was whether EPA could use the Significant New Alternatives Policy (SNAP) Program, a Clean Air Act program geared toward phasing out ozone-depleting substances, to replace HFCs, which do not deplete the ozone layer of the Earth’s stratosphere.

The 2015 rule was the first time EPA tried to use SNAP to require the replacement of a non-ozone-depleting substance that had previously been approved by the agency.

While the rule was issued during the Obama administration, the Justice Department under the Trump administration defended the rule in court at oral arguments in February.

DOJ argued then that EPA has authority to revisit its list of replacements for ozone-depleting substances and replace previously approved substitutes that may adversely affect human and environmental health.

At the arguments, Kavanaugh appeared to side with the HFC manufacturers, saying EPA’s rule seemed to "pull the rug out" from under companies that invested in HFCs (Greenwire, Feb. 17).

In today’s opinion, he noted that the court respected the Obama administration’s effort to order the replacement of substances found to contribute to climate change in the absence of congressional action on the issue.

"Although we understand and respect EPA’s overarching effort to fill that legislative void and regulate HFCs," Kavanaugh wrote, "EPA may act only as authorized by Congress."

Kavanaugh knocked EPA’s interpretation of the word "replace" in the Clean Air Act, writing that the word connotes a one-time action and that the agency stretched the word "beyond its ordinary meaning" in a manner that "borders on the absurd."

"Under EPA’s current interpretation of the word ‘replace,’ manufacturers would continue to ‘replace’ an ozone-depleting substance with a substitute even 100 years or more from now," Kavanaugh wrote. "EPA would thereby have indefinite authority to regulate a manufacturer’s use of that substitute."

But, the judge noted, EPA still possesses several other statutory authorities to phase out HFCs, such as through the Toxic Substances Control Act.

The agency could also bar any manufacturers that still use ozone-depleting substances from switching over to HFCs or issue a "retroactive disapproval" of HFCs under the Clean Air Act if it adequately explains its reasoning.

"Our decision today does not in any way cabin those expansive EPA authorities," Kavanaugh wrote.

The court remanded the rule back to EPA to take action consistent with the opinion.

Wilkins wrote that he disagreed with the court’s finding that the SNAP Program unambiguously bars EPA from requiring the replacement of HFCs. He wrote that the court erred in finding that the word "replace" in the law only allowed for a one-time substitution of an ozone-depleting substance.

The court should have deferred to the agency since Congress was unclear on the subject and EPA’s rule was reasonable, Wilkins wrote.

"I would deny the petition for review on all grounds," Wilkins wrote.

In response to today’s ruling, the air conditioning industry said that it was committed to the implementation of global efforts to phase down the use of HFC refrigerants.

"This ruling has significant implications for our industry and we will be monitoring the EPA’s response closely," said Stephen Yurek, president and CEO of the Air-Conditioning, Heating and Refrigeration Institute.

The Natural Resources Defense Council, which intervened in the case on behalf of EPA, slammed the court’s decision. David Doniger, director of NRDC’s climate and clean air program, said the group was "exploring all options for appeal."